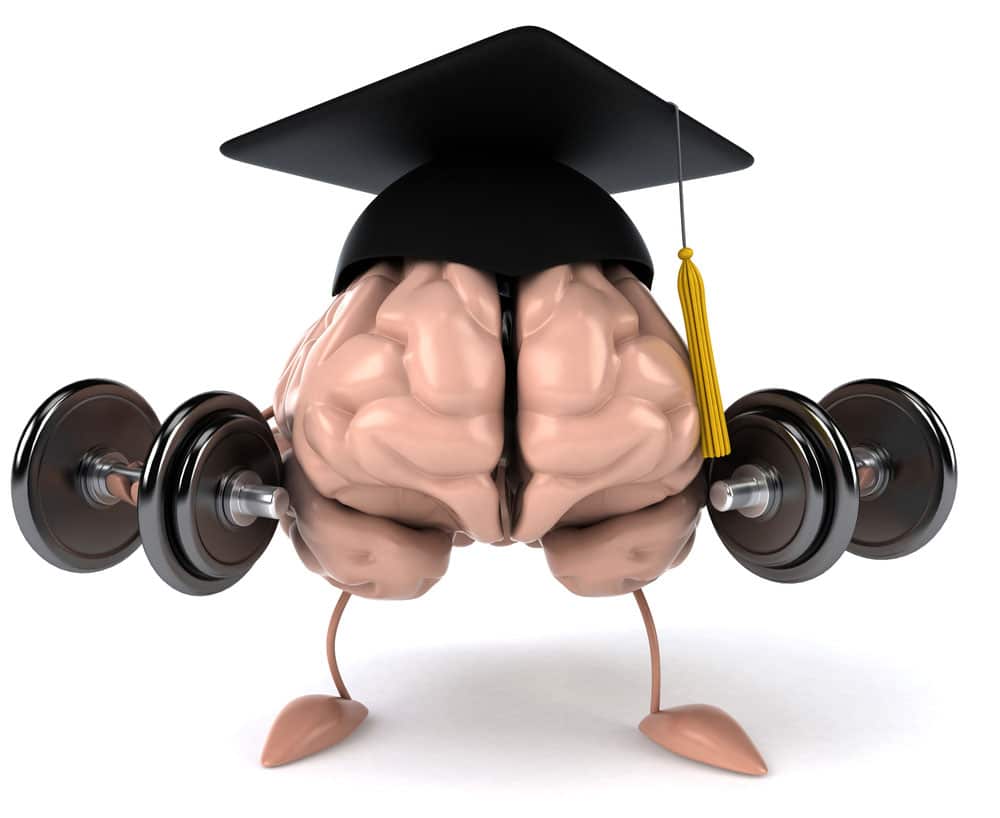 Who wouldn’t like to supercharge their brain and be blessed with more brainpower? Weight training might not turn you into Einstein, but there’s evidence that working your muscles against resistance could boost your brainpower and slow brain aging. According to a new study, building strength in your muscles may benefit your brain too.

For the study, researchers recruited individuals over the age of 55 with mild cognitive impairment (MCI). People with MCI don’t have dementia, but they experience more cognitive issues than healthy people and are also at higher risk of developing Alzheimer’s disease. So, MCI is a red flag that shows a person is at greater risk of dementia, although not everyone with MCI develops a further decline in brain function.

According to the Alzheimer’s Association, 15 to 20% of people over the age of 65 have mild cognitive impairment. The researchers wanted to know whether a weight training program can boost the brain function of people with this common condition and whether it would improve brain function more than cognitive training.

What is cognitive training? It’s a form of mental training where subjects solve puzzles and play games that improve attention span, memory and improve their ability to think through and solve problems. Whether cognitive training improves memory or the ability to solve problems isn’t clear since research shows conflicting results. Is strength training even better for your brain?

In the current study, participants lifted at around 80% of their one-rep max to build strength twice weekly for six months. As their strength improved, the participants worked with more weight to ensure they were using progressive overload.  Participants who engaged in weight training experienced improvements in cognitive functioning, while cognitive training offered no benefits. The Improvements in cognitive function were also proportional to strength gains; those who gained the most strength enjoyed the greatest improvement in brain function. Stronger is better for brain health!

Can Weight Training Improve Intelligence in People without Cognitive Impairment?

One limitation of this study is the participants already had some cognitive dysfunction, although they didn’t have dementia. People with mild cognitive impairment are more forgetful but can function in society in a normal manner. You probably wouldn’t know they have memory issues unless you spend a lot of time with them. This study doesn’t necessarily mean strength training improves brain function in healthy people without cognitive impairment. However, it may slow brain aging.

According to researchers at the University of British Columbia, weight training slows the damage to white matter in the brain that occurs as people age. Most people over the age of 50 have white matter lesions, but those who are inactive have larger areas of white matter damage. Research shows that lifting weights twice weekly can slow these white matter changes.

You might even get a brief boost in cognitive function right after a strength training session. In one study, subjects looked at a series of images before doing 6 sets of leg extensions against resistance. Another group looked at the same images without exercising. Afterward, the group who did the leg extension recalled 10% more of the images they saw before their workouts.

Why Weight Training is Good for Brain Health

You might wonder how weight training improves cognitive function and slows brain aging. It’s not clear but scientists have some theories. One theory is that weight training boosts the level of IGF-1 in the brain. IGF-1 is a growth factor that stimulates muscle and tissue growth. In fact, it boosts growth in many tissues in the body, including the brain. After a head injury, IGF-1 helps rebuild the damaged regions of the brain. Therefore, it’s not surprising that IGF-1 might slow brain aging.

Another theory is that weight training improves cognitive function and slows brain aging by increasing nutrient and oxygen delivery to brain cells. Your brain needs a constant supply of oxygen and nutrients to function. Studies also show that aerobic exercise, exercise that boosts oxygen delivery, may also boost cognitive function and slow brain aging. Studies show aerobic exercise improves spatial and working memory and even increases connectivity and communication between brain cells. Strength training may offer similar benefits, despite it not being as aerobic.

Another way strength training might aid cognitive function is by reducing stress. Exercise is a stress reliever. Plus, it builds confidence and self-esteem, both of which are favorable for health. It’s possible that strength training is brain healthy due to a combination of these factors. Nevertheless, training your muscles against resistance benefits more than just your muscles. It slows down aging in a variety of ways by:

No matter your age, some form of strength training should be in your exercise routine. Aerobic exercise improves heart health and may prolong life, but it doesn’t work the muscles in your upper body and that’s important for balanced fitness and functionality.

Although strength training might not improve your grade point average if you’re in school, it may slow brain aging and improve cognitive function in people with mild cognitive issues. It might also improve your visual recall for a short time after a workout. You need strength training anyway, so brain benefits are just one more perk of lifting weights. Combine it with other brain-healthy habits like:

If you do all of these things, you’re giving your brain its best shot at functionally as you age.