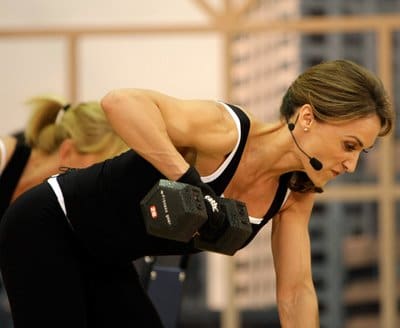 If you could “bottle up” exercise so everyone could take it, imagine how healthy the world would be – and possibly smarter as well. A new study has researchers hoping they actually CAN develop a drug that mimics the effects that exercise has on the brain. You may already know that exercise offers protection against age-related memory changes and loss of brain mass that occurs as we age. It also improves blood vessel function, including blood vessels in your brain. This reduces the risk of atherosclerosis, or blood vessel hardening, which leads to cognitive decline. Now, researchers have a better idea of why exercise is so good for brain health.

Researchers at the Dana-Farber Cancer Institute and Harvard Medical School recently isolated a protein that increases during exercise. When they gave this protein, triggered by exercise, to sedentary, “couch potato” mice, it turned on genes associated with brain health. This protein called FNDC5 is released into the bloodstream during exercise in the form of another protein called irisin. You may remember that scientists discovered that irisin converts white fat, the kind we want less of, to brown fat, a metabolically-inefficient form of fat that generates heat by boosting thermogenesis. That’s certainly a benefit if you’re trying to lose body fat and exercise enhances this conversion.

FNDC5 also stimulates the release of another protein called BDNF or brain-derived neurotropic factor. BDNF helps existing nerve cells survive and promotes the growth of new ones. Although you’re born with most of the nerve cells you’ll have as an adult, new nerve cells can still form from stem cells, and BDNF is a protein that helps make this possible. In mice, BDNF improves learning and in humans may play a role in mood as well. People who suffer from major depression have lower levels of BDNF in their brain.

Interestingly, researchers were able to transfer FNDC5 to couch potato mice and they developed more brain protective BDNF within a week. Here comes that exercise pill researchers are so anxious to develop!

What Type of Exercise is Best for Brain Health?

It should come as no surprise that exercise enhances brain health. Just as regular workouts cause your muscle cells to adapt, exercise has benefits for nerve cells too, helping them form new connections that enhance memory and learning. It also increases oxygen delivery to the brain. This improves alertness in the short term. Plus, exercise reduces stress. Stress too can contribute to cognitive issues by raising cortisol levels. High cortisol levels can impair memory and cognitive function. Not to mention, exercise is a mood-enhancer and a great way to blow off steam.