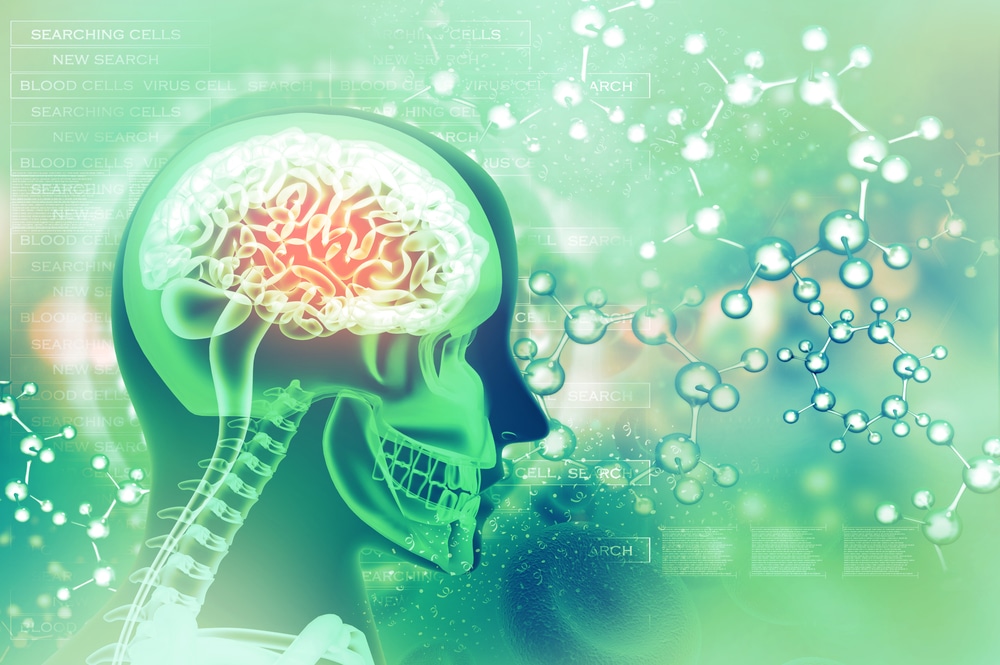 Your brain is a complex and dynamic organ – and one that scientists least understand. It’s your brain that gives you your personality and the ability to communicate with other people. It makes you who you are. No wonder we fear losing it!

Just like the rest of your body ages, so does your brain. In fact, one in ten people over the age of 65 has Alzheimer’s disease. Yet, Alzheimer’s isn’t the only form of dementia. You can also develop loss of cognitive abilities from nutritional deficiencies, especially vitamin B12, toxins, as well as another common cause, vascular disease of the brain.

Whatever the cause, brain health is something we want to preserve. Fortunately, you can minimize mental decline through lifestyle changes. A certain percentage of the population has a gene variant that places them at higher risk for Alzheimer’s disease, but lifestyle counts here too. Not everyone who is genetically prone toward Alzheimer’s disease ends up with it. Here are seven key things you can do to preserve the health of your brain.

Exercise is one of the most powerful lifestyle habits for preserving brain health. Studies show that aerobic exercise boosts production of brain-derived neurotrophic factor or BDNF. BDNF is like fertilizer for growing new nerve connections. Not only can exercise build new connections between nerves, but it can also spur the development of new nerve cells or neurons.

In addition, as you age, a portion of your brain called the hippocampus shrinks in size by 1 to 2% per year in healthy people. This shrinkage is linked with a higher risk of cognitive problems. Fortunately, aerobic exercise helps counter shrinkage of this portion of the brain involved in memory and cognition and studies show it can even reverse it.

Your brain cells need nourishment to flourish, and one diet plan that helps maintain healthy nerve cells in the hippocampus is the Mediterranean diet. The Mediterranean diet is rich in anti-inflammatory omega-3s since it emphasizes fish over red meat as well as fruits, vegetables, whole grains, nuts, and olive oil. Nuts and olive oil both contain ingredients that reduce inflammation. In fact, one study found that nuts reduced markers of inflammation called C-reactive protein and IL-6. Omega-3s actually become part of the cell membrane of brain cells where they make the surface more fluid.

Make sure you’re eating nutrient-dense foods and aren’t skimping on B vitamins. Deficiency of vitamin B12 is strongly linked with brain atrophy and cognitive impairment. Folate, abundant in green, leafy vegetables, also plays a key role in cognitive health.

Physical exercise is good for your brain but your brain also thrives on mental stimulation. In fact, mental stimulation, like physical exercise, encourages new nerve cell connections to form. Studies suggest that building up “cognitive reserve” when you’re younger through mental stimulation, learning a new instrument, or getting an education, gives you a mental edge as you grow older. Building up cognitive reserve means doing mental activities that are different from what you’re accustomed to doing. For example, if you’re an expert in a particular field, reading about that field isn’t the best way to build cognitive reserve. It’s better to learn a NEW skill, one that’s novel to your brain. Tackling a new language or learning to play a new instrument may be particularly beneficial, based on research. So, expand your mind!

Certain health conditions, particularly heart disease, high blood pressure, and diabetes, are linked with cognitive impairment. That’s why monitoring your blood pressure, blood sugar, and cholesterol is so important. If you have values that are out of range, getting them under control can lower your risk of cognitive issues later in life.

Another “vital sign” to check is your hearing. Research shows that hearing loss increases the risk of cognitive decline and dementia. When you don’t have good hearing, nerve cells in the auditory processing region of the brain gets less stimulation. Over time, those nerve cells can shut down and contribute to a decline in brain function.

What about those bad habits! It goes without saying that smoking is bad for your brain, as it is for every other organ in your body. In fact, studies show that mid-life smokers double their risk of developing Alzheimer’s disease later in life. Plus, smoking is a risk factor for stroke, a cause of vascular dementia.

Don’t overdo the alcohol either. Although some studies suggest that drinking a glass or two of wine daily is beneficial for heart health, it’s not clear whether the risks of alcohol use overall outweigh the benefits. If you do drink alcohol, choose red wine and limit it to one or two glasses of wine a day. On the plus side, some studies suggest that drinking this amount could lower the risk of Alzheimer’s disease but more research is needed.

Be aware of the medications you’re taking as well. Recent studies show that common medications that have anticholinergic activity may increase the risk of Alzheimer’s disease. These include a variety of commonly used medications available over-the-counter and by prescription, including antihistamines, some anti-depressants and anti-anxiety medications, and more. Check with your doctor to find out if you’re taking one.

Brain Health: Don’t Be a Loner

Social engagement is another way to promote the growth of new nerve connections and it lowers the risk of depression, another risk factor for dementia. Don’t isolate yourself from other people – socialize and engage.

A number of studies link inadequate sleep and sleep difficulties with a higher risk of Alzheimer’s disease. It’s not clear whether a lack of sleep itself contributes to Alzheimer’s or whether some other factor, like depression or stress, triggers sleep problems and also increases the risk of dementia. Studies show that people with major depression are more likely to develop cognitive impairment. Inability to sleep soundly could also be an early marker for brain changes that are also linked to dementia.

Now, you know some lifestyle changes that can be beneficial for keeping your brain healthy. In fact, studies suggest that leading a brain-healthy lifestyle can prevent one out of three cases of Alzheimer’s disease. So, make sure you’re making brain-healthy choices.

Want to Sharpen Your Memory? Try Flexing Your Muscles