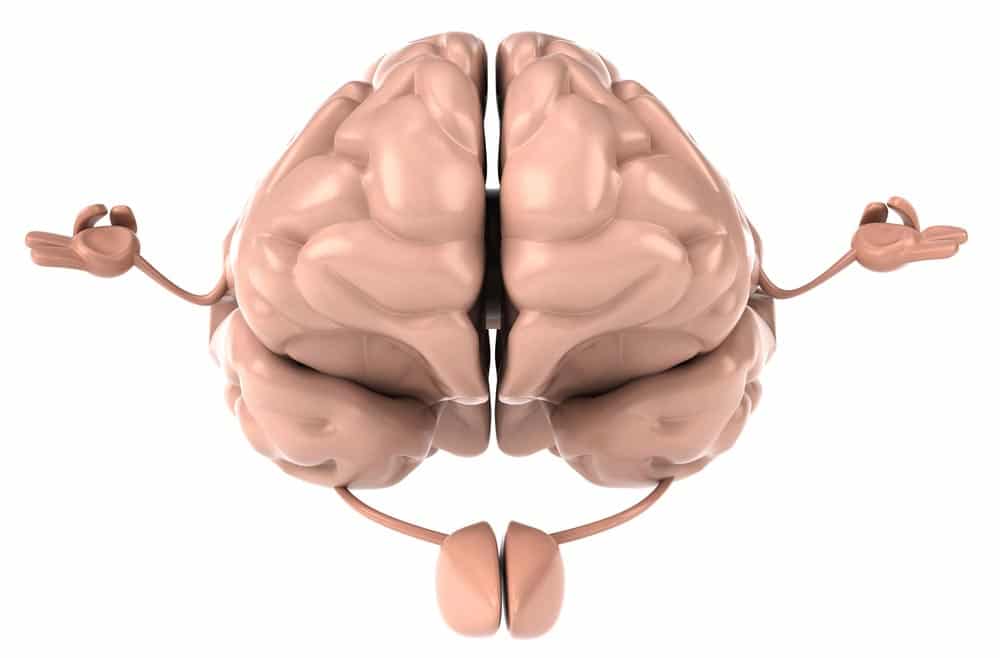 Exercise is the ultimate anti-aging medicine. Studies show that exercise slows the loss of muscle mass that goes along with aging and helps us stay strong and functional as the years go by. Plus, staying physically active helps preserve aerobic fitness and functional capabilities so that we have more stamina to do the things we enjoy. Important, right?

There’s also evidence that aerobic exercise reduces the age-related loss of volume in key areas of the brain involved in cognition. One reason we become forgetful with age is we lose brain cells and volume in areas of the brain that process information. So, aerobic exercise is one way to retain more brain function. But, what about other forms of exercise? Can a more sedate form of exercise, like yoga, slow brain aging as well?

One of the most popular types of yoga is Hatha, a type of yoga that utilizes physical poses and breathing techniques combined with meditation. Can it help with brain aging? One study looked at the brains of healthy women over the age of 60 who practiced Hatha yoga for eight or more years. The researchers found that longer-term participants in Hatha yoga had greater thickening in areas of the brain associated with cognitive activities and memory compared to a control group that didn’t practice yoga. Another study found that older adults with mild cognitive problems who practiced Kundalini yoga combined with meditation enjoyed a boost in cognitive function as well.

Although these studies are observational and don’t show cause and effect, it suggests that yoga may be a brain healthy activity.

Although scientists don’t completely understand how the practice of yoga enhances brain health and cognitive activity, it may have to do with the meditative aspects of the practice. Some research shows that meditation alone may modify brain structure and activity. As we age, we lose gray matter in portions of the brain involved in cognition and learning. One study found that Zen meditation was linked with less loss of gray matter in cognitive areas of the brain, particularly an area called the putamen, a portion of the brain involved in attentional processing.

So, the meditative aspects of yoga may explain some of the brain health benefits that yoga offers. However, yoga also requires focused concentration and this intense focus may help strengthen certain brain pathways associated with cognitive function.

Another theory is that yoga slows brain aging by reducing stress. For example, a portion of the brain called the hippocampus is closely involved in the consolidation of memories. Damage to this area leads to problems with recall and with orientation. These are symptoms you commonly see in older people with cognitive dysfunction. The hippocampus is also susceptible to stress-related damage. Meditation and yoga may partially slow brain aging by helping stress management so that the hippocampus doesn’t age as quickly.

Another way yoga may support brain health is by altering hormones and brain chemicals that impact brain function. In one study, 12 weeks of yoga led to an increase in levels of GABA, an inhibitory neurotransmitter in the brain. People who are anxious often have low levels of GABA and GABA activity promotes relaxation and a reduction in anxiety. A rise in GABA would have a calming effect and help with stress reduction. In turn, reducing stress could help slow brain aging.

If yoga reduces stress, it might also lower levels of the stress hormone cortisol. In fact, a study published in the Indian Journal of Psychiatry found that yoga does, indeed, triggers a drop in cortisol. What’s more, research shows that even a single yoga session suppresses cortisol activity. That means yoga is good for stress reduction and for brain health. In addition, the breathing techniques you do during a yoga session helps dial back the stress response. We know that stress plays a role in aging, in general, including the aging of the brain.

What’s more, research shows that when cortisol stays too high, it destroys brain cells and the brain contracts in size, a hallmark of aging. You can imagine how a lifetime of chronic stress and anxiety could damage the brain and cause premature brain aging. We know that people who are chronically anxious, stressed, or depressed are at greater risk of cognitive problems, including dementia. The brain simply doesn’t respond well to chronically high levels of stress hormones, including cortisol. In fact, studies show a link between cortisol level as measured in the saliva and thinning of certain areas of the brain involved in cognition.

Finally, yoga might protect against brain aging by reducing blood pressure. Chronically high blood pressure damages blood vessels, including those that carry blood and oxygen to the brain. In fact, a recent study found that even mild elevations in blood pressure are associated with a higher risk of dementia. Not to mention, high blood pressure is linked to stroke and a stroke can permanently damage a portion of the brain.

Anti-Aging benefits For the Brain

Aerobic exercise has anti-aging benefits for the brain, but research suggests that yoga does too and it’s a good complement to more intense workouts. High-intensity or long duration exercise can trigger a rise in cortisol while yoga helps bring it back down. The two are like yin and yang, they complement one another. So, keep doing high-intensity interval training and challenge your body with short periods of intense training, but use a cortisol-lowering yoga workout for relaxation and recovery. After a particularly tough training session, either strength or cardio, help your body recover the next day with a yoga session. Your body needs that!

Yoga has physical and mental health benefits, and it looks like it may be beneficial for brain aging as well. Why not make it part of your fitness program? It’s the perfect complement to more intense workouts.

How Your Brain Motivates You to Exercise