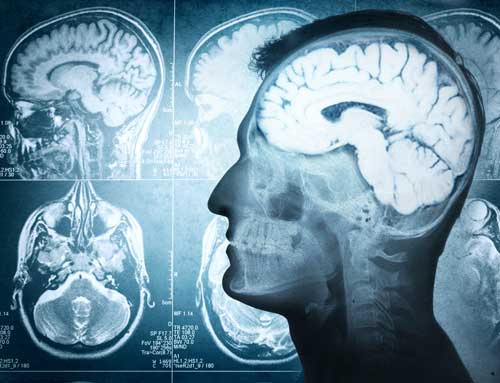 Your brain ages over time. Hardly, a surprise, right? In fact, your brain is at its peak of fitness around the age of 22 and stays at this high level of functioning only for about five years. By the age of 27, your brain is already in decline. Fortunately, your mental acuity doesn’t take a steep nosedive once you’re out of your 20s. Most people still have pretty sharp noggins in their 30s and 40s.

By the time you reach your mid-40s, you might notice you occasionally have problems remembering people’s names, especially if you haven’t seen them in a while. You may also find that it takes longer to think of a certain word. Don’t worry! These aren’t early signs of Alzheimer’s disease unless they happen often – it’s just your brain taking a little longer to process information. Yes, your brain is going to age some no matter what you do. Yet, research is showing that lifestyle matters when it comes to maintaining brain health.

How Your Brain Ages

Those little memory slips might convince you that your brain ages – but what’s going on inside? If you were to look inside your brain, you’d see structural changes. As your brain ages, two parts of your brain shrink in size – the hippocampus and the prefrontal cortex. Both of these areas are involved with memory and learning. Blood flow to the brain may also be reduced as arteries supplying it with blood narrow. This happens more quickly in people who have high blood pressure or heart disease.

An aging brain is also characterized by inflammation, partially fueled by free radical formation. Communication between nerve cells also slows as myelin, the material that allows nerve impulses to travel quickly is damaged or lost.

Whew! That sounds like a lot of bad stuff, doesn’t it? Yet, these changes occur in varying rates and are partially dependent on lifestyle factors and even body weight. Just recently, a study showed that people who are significantly overweight or obese during middle age have a brain age that’s a decade older than their chronological age!

In other words, a 55-year old, obese man or woman would have a brain of a 65-year old. So, what’s happening at the structural level? Specifically, the myelin sheath that covers the “pipelines” of nerve cells, also known as axons, is less abundant than you’d expect. They came to this conclusion after looking at the brains of almost 500 people from age 20 to age 87. As the researchers pointed out, the brain seems more vulnerable to aging during the middle years of life.

Why might brains age faster in people who are overweight or obese? No one knows for sure. One possibility is that inflammation plays a role, as it does in many health problems. Fat produces inflammatory chemicals that can damage blood vessels and tissues and cause premature aging.  What’s reassuring is even though the brains of overweight and obese people differ structurally from the brains of leaner folks, based on this study, it doesn’t seem to impact cognitive skills as measured by cognitive testing.

Is Exercise the Key to Keeping Your Brain Young?

What’s even more exciting is that exercise may change the architecture of your brain. When you do aerobic exercise, your muscle cells produce a protein called FNDC5 that’s broken up to create another protein called irisin. What’s exciting about irisin is it triggers the production of BDNF, also known as brain-derived neurotrophic factor.

BDNF may have a pronounced effect on brain aging by protecting nerve cells against damage AND by building new ones. We produce less BDNF as we age and this is a contributor to brain shrinkage, especially shrinkage of the hippocampus. People with brain degenerative diseases, like Alzheimer’s and Parkinson’s disease, also have low levels of BDNF. It’s BDNF that helps keep our brain healthy and you produce more of it when you exercise.

Yet another way exercise may slow down brain aging is by preventing “silent strokes.” You probably know someone who’s had a stroke that left them partially paralyzed but you can also have silent strokes where an area of the brain becomes slightly damaged but the damage isn’t great enough to cause obvious symptoms. If you have more than one of these over time, the damage adds up and you eventually experience deficits in brain function.

How can you use exercise to maximize the health of your brain and slow the aging process? Make sure you’re doing some form of exercise that gets your heart rate up and causes you to breathe faster. Vigorous exercise appears to be better for stimulating BDNF and new nerve cell formation than low or moderate intensity exercise.

It’s also important to do physical exercise that forces your brain to think. In a rodent study, animals that did complex motor skills made more BDNF than did rats that only ran on an exercise wheel. Complex motor skills you could add to your training include plyometric drills, tai chi, and exercises that test your balance and agility skills. For this purpose, compound weight training exercises, like deadlifts, and squats, are better than isolation exercises like biceps curls and triceps extensions.

Exercise doesn’t have to be hardcore to have brain health benefits. A study showed that a combination of yoga and meditation improves some aspects of brain function, particularly those that control attention. People who practiced both in a study improved their ability to focus.  In fact, in the study, meditation and yoga were more effective than formal brain training.

Exercise may be your best protection against brain aging. If the link between excess body weight and brain aging holds, exercise helps in another way – by aiding in fat loss. So, exercise is the ultimate lifestyle habit for keeping your brain healthy. Take advantage of it!

National Institute on Aging. “The Changing Brain in Healthy Aging”

Well. “Yoga May Be Good for the Brain”

Supercharge Your Brain with Hiit Training