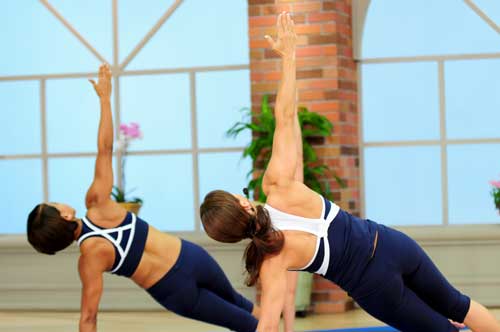 Stress and anxiety- they’re hard to avoid. Stress at work, stress at home, and then something unexpected happens and you feel even more frazzled and anxious. Sound familiar? Here’s something that may surprise you. According to a new study, some of the anxiety people blame on stress is due to sitting too much! Yep, sitting is getting lots of bad press recently.

Research already shows the detrimental effect sitting too much has on physical health, how it increases the risk for health problems like heart disease, type 2 diabetes, weight gain, and premature mortality. Now a study shows it could impact your mental health as well.

Sitting Too Much: A Recipe for Stress and Anxiety?

According to researchers at the Deakin University Centre for Physical Activity and Nutrition Research in Australia, anxiety disorders are on the rise. An anxiety disorder is like fear and worries on steroids. It’s a condition characterized by excessive and sometimes debilitating fear and worry. In fact, about 18% of the U.S. population suffers from anxiety that negatively impacts their lives on a daily basis. Unfortunately, drug treatments for anxiety are fraught with side effects and some anti-anxiety medications, like benzodiazepines, are addictive.

Is there a better solution? Try lacing up your exercise shoes. After compiling the results of 9 different studies looking at anxiety and lifestyle habits, researchers found a common theme, more than half of the studies linked problems with anxiety to sedentary behavior a.k.a. too much sitting.

Sitting around at the office, watching television, working on the computer all qualify as sedentary behaviors and are increasingly a part of most people’s everyday lives. Experts are encouraging people to get up and move more during the day to lower the risk of physical health problems caused by lack of physical activity, but movement could improve your mental health as well.

Is Movement the Ultimate Therapy for Stress and Anxiety?

Small studies support the benefits of exercise not just for garden-variety anxiety, but for relieving the symptoms of panic disorder. In fact, one study found 30 to 40 minutes of exercise three times weekly was as effective as a prescription medication for treating panic disorder, a common condition characterized by sudden onset of extreme anxiety without an obvious trigger. If exercise can help such severe anxiety, it’s likely to help everyday stress and anxiety as well.

Some studies now suggest that the ability to lay down new neurons, or nerve cells, is one-way exercise decreases stress and anxiety. Research in animals suggests that one reason we become anxious and stressed for no obvious reason is that we link something currently happening with something negative from the past. In other words, we over-generalize and assume something bad is going to happen again. By laying down new nerve cells through exercise, it’s an opportunity to form new nerve cell connections in the hippocampus of the brain. As a bonus, the laying down of those nerve cells could also sharpen your memory and cognitive function.

Can Exercise Lift Your Spirits Too?

Exercise appears to have mood-elevating benefits, even in people suffering from depression. Researchers from the University of Toronto analyzed 26 years of research looking at links between exercise and depression, finding that even low levels of physical activity, like a 20-minute walk each day, lowers the risk of depression. How does exercise exert its anti-depressant effects?

We already know exercise boosts the release of chemicals called endorphins that create feelings of tranquility and even bliss, but these are mostly released during long periods of moderate-intensity exercise like running longer distances or vigorous exercise. Endorphins bind to the same receptors opioid drugs like morphine do, as a result, they also reduce the perception of pain. Endorphin release in response to exercise has other benefits you may not be aware of. Endorphins actually stimulate your immune system.

It’s not clear whether a 20-minute walk is enough to boost endorphin release. On the other hand, research shows exercise increases levels of neurotransmitters in the brain, including norepinephrine and serotonin, which have a mood-elevating effect.  Exercise seems to boost the level of these brain chemicals by activating the sympathetic portion of your nervous system, the same part that increases heart rate and diverts blood flow to your muscles during exercise.

Other Ways Exercise May Reduce Stress

Yes, exercise affects brain chemicals like endorphins and neurotransmitters that affect your mood, but there are other possible reasons it reduces stress and anxiety. For one, it can boost your self-esteem. After you finish a workout, don’t you feel a sense of accomplishment?  You’ve done something good for yourself and your body. Plus, you actually DID it, unlike people who just TALK about it. Plus, exercise serves as “me” time. It’s a chance to escape the pressures of the day and focus only on moving your body.

Exercise likely reduces stress and anxiety in more than one way. The important thing is that it does. It not only helps with everyday stress and anxiety, including worries about job and family, but it also seems to help people who suffer more deep-seated anxiety, and, unlike medications, it doesn’t come with negative side effects.

Other Forms of Exercise

Aerobic exercise isn’t the only type of exercise that alleviates stress, some forms of exercise, like yoga, is specifically designed to reduce your body’s stress response by lowering heart rate, blood pressure, and slowing your breathing rate. If you suffer from anxiety or simply need to relax, add a few weekly yoga workouts to your routine. When you feel the effects, of stress, let exercise be your therapy. Finally, get up and move around more during the day. As the most recent study points out, sedentary activities are linked with anxiety. Take more movement breaks, even if you do a structured workout.

5 Calming Foods That May Ease Anxiety