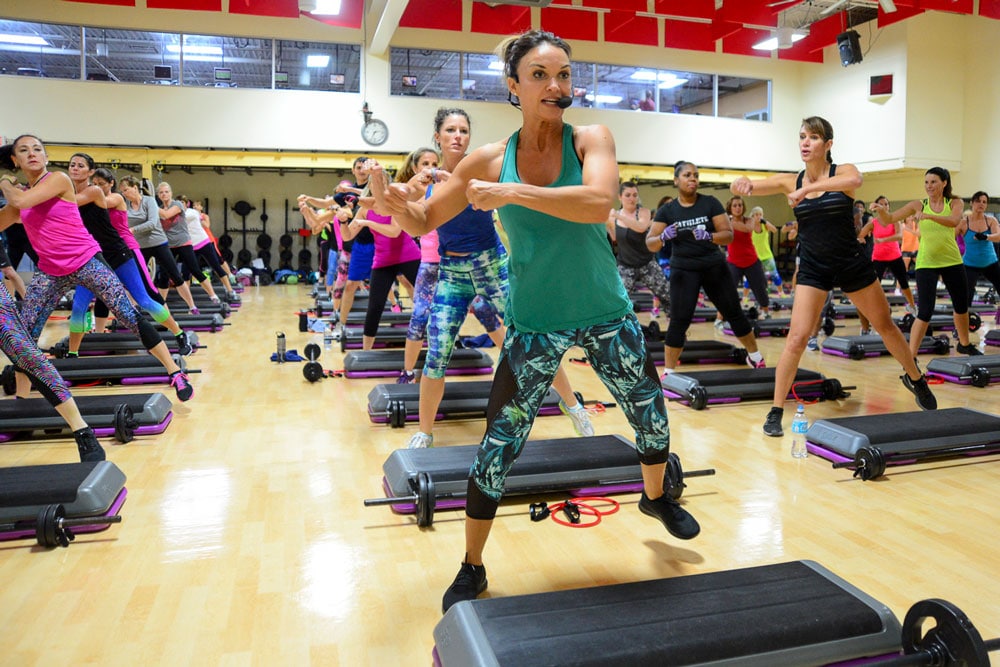 Is a heart-pumping workout part of your daily routine? If so, you probably exercise partially for the physical health benefits that exercise offers – better weight control, a lower risk of health problems, more energy, etc. Yet those aren’t the only health benefits a fast-paced workout offers. A number of studies have linked exercise with a greater sense of well-being too. After a hard day at work, a short workout is just what the doctor ordered for stress – and who doesn’t experience a little stress in their daily lives?

For some people, stress is more than an occasional inconvenience. Rather, it rears its ugly head daily and, in some cases, is linked with anxiety or depression. Here’s the good news. Studies show that exercise is as effective as prescription antidepressants for treating clinical depression. Even if you aren’t suffering from depression, exercise has the potential to enhance your sense of well-being. Here’s how.

There’s a lot going on behind the scenes when you work out. Exercise, particularly aerobic exercise, alters the levels of some brain chemical, or neurotransmitters, that impact mental outlook and well-being. Serotonin and dopamine are two neurotransmitters closely linked with mood, movement, and memory. People who are depressed often have low levels of these brain chemicals.

That exercise boosts serotonin may explain some of its mood-elevating effects. The evidence that exercise increases dopamine is less clear-cut. In animal studies, intense exercise does cause a rise in dopamine but it hasn’t been clearly demonstrated in humans. It seems like that the exercise has to be relatively intense to trigger a significant dopamine boost in humans.

You often hear about the “runner’s high,” the feeling of well-being and tranquility that runners feel when they run for a relatively long period of time. You may have also heard that chemicals called endorphins are responsible for these feelings. However, endorphins can’t easily cross the blood-brain barrier. This observation calls into question whether those feelings of peace, tranquility, and happiness are really mediated by endorphins or whether other biochemical changes are responsible for that near-euphoric feeling you have after a workout.

German researchers have evidence that those pleasurable feelings that make exercise so worthwhile are linked to the increased production of endocannabinoids, chemicals that cells naturally produce under certain conditions. One called anandamide is released in response to exercise and, once discharged, it binds to receptors in the brain that trigger feelings of peace and pleasure. So, it may actually be endocannabinoids that explain the runner’s high.

You’re naturally happier when your confidence level is high, right? Exercise can help with that too. When you work out, you set challenges for yourself, and when you accomplish them, you feel more capable and confident. When you first began working out, you might have only been able to do a few push-ups and only on your knees. But, after a few months, you discovered you could do ten push-ups on your toes. As you became stronger, your confidence soared, and the benefits extended into other areas of your life. Exercise makes you feel better about your physical abilities and that makes you more confident overall.

In fact, a study published in the Journal of Health Psychology found that people who did any form of exercise felt more self-confident and had a more positive body image, even if they weren’t superstars in terms of their performance. In the study, it didn’t seem to matter what type of exercise the participants did, how intensely they worked out, or how long. In the study, the simple act of doing a workout built confidence and improved body image. Exercise is a powerful way to feel better about yourself and your body.

Exercise Can Help You Sleep Better

You’re happier when you get a good night’s sleep, right? Studies show that exercise improves sleep quality. In one study, researchers surveyed over 2,600 adults, including women and men of all ages about their exercise and sleep habits. They found that scoring at least 150 minutes of low or high-intensity exercise each week was linked with a 65% improvement in sleep quality. Contrary to popular belief, exercising later in the day isn’t associated with insomnia. Overall, exercise enhances sleep quality. However, the greatest benefits, based on one study, were gained by working out in the morning.

In another study, researchers asked participants to work out on a treadmill or bike for 30 minutes three to four times weekly. At the end of the 16-week study, the volunteers reported improvements in sleep quality and duration. On average, they slept 45 minutes to an hour longer. They also reported less daytime sleepiness.

We mentioned that exercise may alter neurotransmitter levels, particularly serotonin, leading to a greater sense of well-being. That may explain partially how it relieves stress, but there may be other mechanisms by which exercise reduces stress and anxiety. Studies show that even five minutes of aerobic exercise helps to reduce stress and anxiety. That’s typically not enough time to trigger the release of endorphins or alter brain chemicals, like serotonin. It’s possible that exercise diverts mental energy away from worry and rumination and serves as a source of distraction.

Although you might think working out is exhausting, people who work out regularly tend to feel more energetic. A workout first thing in the morning may be just the thing you need to increase your body temperature, get the blood flowing, and get ready for the day. No wonder it’s a part of some people’s morning ritual.

Now, you know why exercise is the closest thing you have to instant happiness. Take advantage of the benefits it has for physical AND mental health. It’s powerful natural medicine!

The Negative Effects Stopping Exercise Has on Your Mood