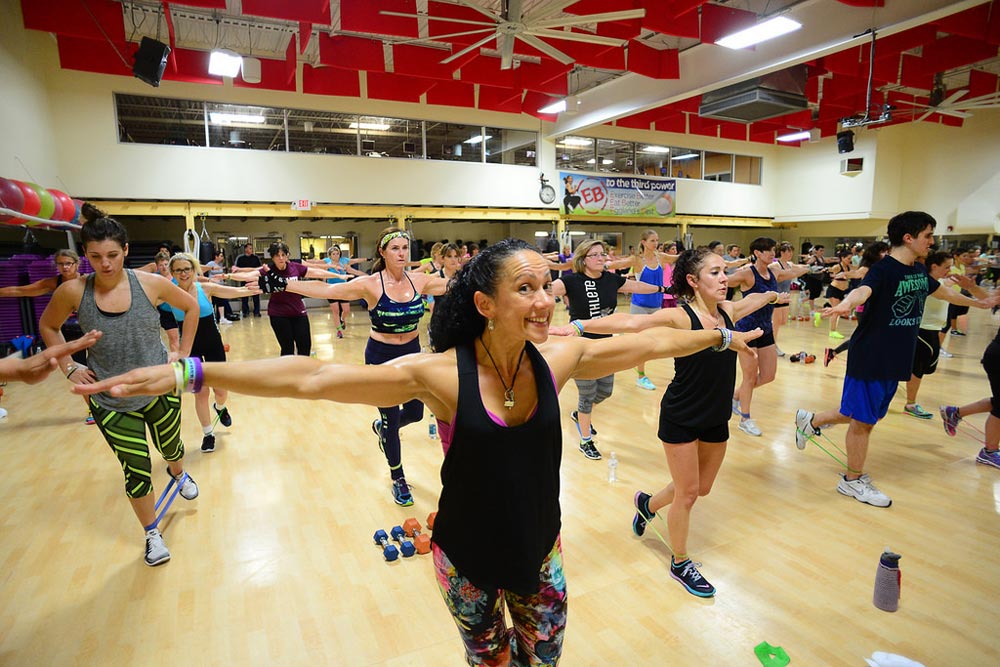 We know if we stop exercising for a long period of time, our aerobic fitness level declines and we lose stamina. This has a negative impact on health, as studies show that low aerobic capacity is a major risk factor for premature death. In fact, it ranks up there with smoking! We also lose muscle strength and size if we no longer challenge our muscles. Thankfully, we can recoup those muscle gains once we get back into the swing of things and get consistent with working out again. In fact, regaining muscle strength is easier the second time around due to muscle memory.

What we hear less about is the impact stopping exercise has on mental health. Research shows that exercise is a lifestyle habit that helps with mood-related issues such as anxiety and depression and, unlike mood-boosting medications, only has positive side effects. Some studies even show that exercise rivals prescription antidepressants in terms of benefits. So, exercise is a mood booster! But, what happens when you stop?

According to a new study published in the Journal of Affective Disorders, stopping exercise increases symptoms of depression in as little as a few days. The researchers involved in the study analyzed several studies, in total involving 152 adults. All of the adults engaged in at least 30 minutes of exercise daily a minimum of 3 days per week. When the subjects stopped exercising, they experienced an increase in depressive symptoms within a week or two, but some noticed worsening of their mood in as little as 3 days. Based on this study, kicking the exercise habit can lead to a drop in mood and a worsening of depressive symptoms – and it can happen surprisingly fast.

Why is this important? Depression is the leading cause of disability in young and middle-aged adults. In fact, almost 7% of the population suffers from major depression. Many end up taking prescription antidepressants with a long list of side effects to help them function. Yet, studies show exercise helps curb depressive symptoms, in some cases, as well as medications.

How does exercise lift the mood of people who suffer from depression? No one knows for sure, but exercise has an impact on the workings of the brain. In fact, research suggests aerobic exercise boosts the release of growth factors in the brain that spurs the development of new nerve cell connections, especially in an area of the brain called the hippocampus. The ability to form new nerve cell connections helps you better adapt and respond to stressful situations.

Another way exercise may help with depression is by reducing inflammation. Studies suggest that moderate exercise has an anti-inflammatory effect. How does this relate to mood and depression? A number of studies show a link between inflammation and depression.

The good news is moderate, aerobic exercise (without overtraining) has anti-inflammatory effects longer term. Studies show that regular, aerobic exercise is linked with lower levels of inflammatory markers, like c-reactive protein and another inflammatory marker called IL-6. However, when you’re in the midst of a workout, you may have a transient bump up in inflammation due to the stress of exercise. But, your body adapts, and inflammation levels actually decrease. Exercise-related reductions in inflammation may explain many of the health benefits of exercises as inflammation is a driver of most health problems that plaque humans in modern society.

When you do vigorous exercise that gets your heart rate up, particularly running, your body releases chemicals that boost well-being, the so-called endorphins. Endorphins help reduce pain, which is one reason people with chronic pain feel better when they move their body. In fact, endorphins bind to the same receptors that morphine does. But, that’s not all. Endorphins have a mood-boosting effect as well. You’ve probably heard runners say that after they’ve run for a while, they feel a sense of peace and well-being, despite how hard they’re working. That’s partially the action of endorphins on the nervous system, creating the “runner’s high.”

Of course, exercise also alters other hormones that impact mood such as dopamine and serotonin. Plus, studies show that exercise helps with sleep and boosts self-esteem, both of which make you feel better about life. In addition, some people use exercise as a way to deal with stress. If you stop exercising, you lose your best coping strategy and may experience changes in sleep patterns as well.

You may need to take a break from your regular exercise program due to injury or illness but stay as active as possible even if you can’t do a full workout. Even modest movement may help you avoid “the blues” related to not exercising. Exercise isn’t all or none. Evidence suggests that even modest amounts of exercise has mental and physical health benefits. Hopefully, you’ll never have to take a long break, but if you do, get back to it as soon as possible. Movement is too good for your body and brain!