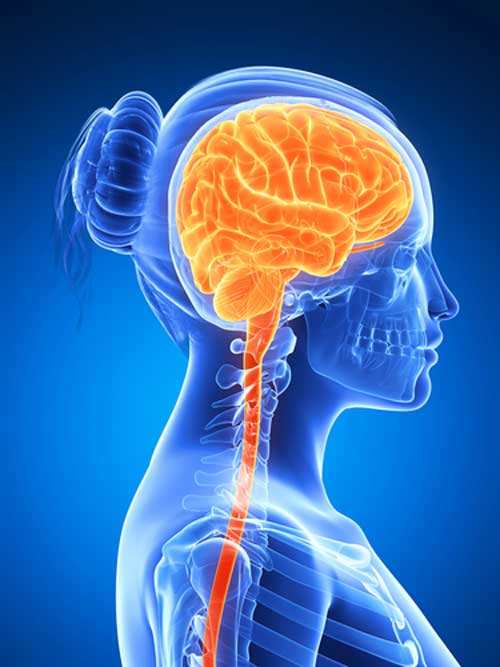 When it comes to brain aging, women have an advantage over men. Even though there’s no such thing as a male or female brain and the brain is a genderless organ, women’s brains may retain better brain health with advancing age compared to men, according to the results of a recent study.

This study called the Cognitive Function and Ageing Study looked at brain health and aging in almost 8,000 people aged 65 and up. The main finding was women are less prone towards developing age-related memory problems relative to men. Yet despite a brain that ages more slowly, women are still at a disadvantage relative to men in one sense. Based on this study, women are more likely to deal with a disability for a longer time prior to death than men., 2.5 years of mild disability versus 1.3 years in men.

The Aging Brain and Gender

This study offers fresh insights into how brain aging differs between men and women, and past research supports the idea that women’s brains age more slowly. One notable finding is men are more susceptible to some brain-related medical conditions than women, particularly Parkinson’s disease. In fact, a man is 1.5 times as likely to develop this sometimes disabling condition that attacks a portion of the brain called the substantia nigra over a lifetime. Is genetics the reason? Possibly. Researchers have identified a gene, carried on the X chromosome, that makes men more susceptible to Parkinson’s disease. Another theory is the female hormone estrogen offers protective effects against Parkinson’s.

Another study looking at brain aging and differences between the sexes found men lose gray matter at a faster rate than women in the later years of life. Gray matter is the area where the bodies of most nerve cells lie and is an area closely linked to information processing and language skills. As an aside, did you know there are more than 100,000 miles of blood vessels in your brain alone? Shows how many resources your brain sucks up and the importance of keeping your blood vessels healthy. Anything that reduces your risk for heart disease is also good for brain health.

Research shows that as brains age they become less solid and more liquid in structure, a property called viscoelasticity. In a study published in NeuroImage, researchers measured brain viscoelasticity in 55 volunteers of all ages. Their findings? Women have brains that are more solid than men at a similar age. That’s a good thing. Researchers believe this corresponds to a difference in brain age of more than a decade between men and women of similar age.

Yet another study showed that men have more brain atrophy, or shrinkage, associated with aging than women. Research shows brain atrophy is linked with a higher risk for memory and cognitive problems, stroke, and movement disorders. So, women may have some cognitive advantages later in life.

Would you like to preserve your OWN brain health as you age? You might have heard that keeping your brain active, by solving puzzles and challenging your mind to think in different ways, helps preserve cognitive health. Research does support this idea, at least to some degree, but there’s even more evidence that physical activity is good for your brain. Here’s a quote from Donald Stuss, Ph.D., director of the Rotman Research Institute at Baycrest Center for Geriatric Carel:

“The best advice I can give to keep your brain healthy and young is aerobic exercise.”

Remember how we talked about brain atrophy and loss of brain volume? According to one study, aerobic exercise not only preserves brain volume, but it can also actually INCREASE it in older people. One caveat – this study only involved 59 people, so we need larger studies to draw a solid conclusion. Based on research in animals, aerobic exercise increases production of an enzyme called SIRT3 that helps protect brain cells against oxidative damage.

As far as a diet for brain health goes, you can’t do much better than the Mediterranean diet, a diverse eating plan that emphasizes fruits, vegetables, nuts, whole grains, olive oil, legumes, fish, and modest amounts of wine. A study in older people showed following a Mediterranean diet reduced brain atrophy and shrinkage that goes along with aging. Most exciting is the fact researchers concluded that the difference in brain volume between the group who ate a Mediterranean diet and the other who didn’t was equivalent to 5 years of brain aging.

Women’s brains seem to age more slowly than men’s, but no matter what your gender, your brain can benefit from a Mediterranean-style diet and regular aerobic exercise. Feed your brain good, clean food and exercise your body – that’s the key to a healthy brain.

HUB. “Exercise could help protect brain against decline as we age, study finds”