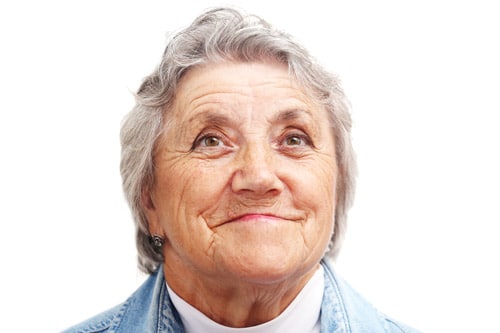 If you could peek inside a man’s skull and see his brain, it wouldn’t really look different than your own. Yes, there are some minor differences. For example, men have a larger amygdala, a structure in the brain that plays a role in emotions and motivation. Men also tend to have a larger hippocampus, a portion of the brain involved in memory. However, it’s impossible based solely on brain imaging to distinguish a male brain and a woman’s brain. Both the male and female brain age, just as other organs do and studies suggest that male and female brains age somewhat differently.

Even if you don’t develop Alzheimer’s or another form of dementia, your brain ages over time. Your mind is at its peak of functioning when you’re in your mid-20s to early 30s. As your brain loses its youthfulness, it becomes lighter in weight and sheds water as well. Certain parts of the brain also shrink in size. Along with this, come functional changes – cognitive skills, verbal memory, spatial memory, and orientation all slowly decline. One area of the brain, the hippocampus, in particular, dwindles in size, although no portion of the brain is completely spared.

Of course, these changes happen at differing rates depending on an individual’s genetics and lifestyle. You’ve probably met people who were sharp into their late 80s and early 90s and others who had memory problems in the 60s. Despite the inexorable process of aging, some aspects of brain function actually improve with “experience.” For example, research shows younger people focus more on details when looking at a scene while older brains are better at seeing the “big picture.” Some studies also show that older people are more skilled at using both sides of their brain to solve a problem rather than just the right or left side.

Differences Between a Woman’s Brain and a Man’s Brain

So, how do a woman’s brain and a man’s brain differ in the way they age? Let’s look at some of the differences.

Yes, brains really do shrink in size over time. Some portions of the female brain shrink more quickly than they do in a man. If you compare the brain of a man in his 70s with the brain of a woman of the same age, the female brain is likely smaller. Interestingly, women lose more volume in portions of the brain involved in personality and emotion and less in areas like the hippocampus. That’s important since the hippocampus is closely tied with memory, language, and spatial orientation. This may explain the observation that women retain better verbal skills and memory for words as they age than men, despite brain shrinkage.

Where men tend to lose brain volume more quickly than women, based on imaging studies, are the sub-cortical structures, those that lie beneath the largest part of the brain, the cerebral cortex. One region, in particular, the thalamus, shrinks more quickly in men. The thalamus acts as a sort of relay station, carrying information between different parts of the brain.

One thing to keep in mind. The size of a person’s brain doesn’t necessarily correlate with intelligence or cognitive skills. Scientists now believe that it’s the organization of the nerve cells in the brain and the way they’re connected that makes one person smarter than another. Brain organization and complexity matters more than size.

Unfortunately, a woman’s brain has a higher risk of developing Alzheimer’s disease relative to men. By the time a woman reaches the age of 65, she has a 1 in 6 chance of having Alzheimer’s disease. In contrast, a man of this age has only a 1 in 11 probability. However, men have a greater risk of developing another condition that can lead to a decline in cognition, Parkinson’s disease. It’s not clear why women are at greater risk of Alzheimer’s, although you can’t explain it is solely on the fact that women live longer than men. Some experts believe the sharp decline in estrogen after menopause plays a role.

You might also wonder why men are more likely to get Parkinson’s disease? As you know, Parkinson’s disease is a disorder that affects movement. Two areas of the brain, the caudate nucleus and putamen are two brain areas that are mainly impacted by Parkinson’s disease. Remember how we said that subcortical regions of the brain shrink faster in men than women? The caudate nucleus and putamen, portions of a structure called the basal ganglia, as well as the thalamus lie in this area. When Hungarian researchers visualized the brains of 53 men and 50 women, they found that age-related shrinkage here is greater in men. The question is why do these areas shrink faster in men?

Women are often diagnosed with Alzheimer’s later in the course of the disease. This is partly because women retain stronger verbal skills as they age and this may help compensate for reduced brain function in other areas. Plus, Alzheimer’s tests used for screening tap into verbal skills and women have an advantage over men in the verbal arena. Even though women are at higher risk of Alzheimer’s disease, they’re more likely to evade diagnosis due to better retention of verbal skills.

Regardless of whether you’re a male or female, slowing the rate at which your brain ages will help you lead a more fulfilling life. You hear a lot about playing brain games to keep your mental facilities sharp but the evidence that these games slow brain aging is unproven. What has more scientific evidence behind it is physical activity, particularly aerobic exercise. Regular aerobic workouts help your brain form new connections between nerve cells and even promotes neurogenesis, the birth of new nerve cells. Research also shows that aerobic exercise reduces brain shrinkage in the region of the hippocampus. So, play brain games, if you enjoy them, but don’t neglect the best brain medicine of all – regular exercise.

ScienceMag.org. “The brains of men and women aren’t really that different, study finds”

Prevention. “5 Ways Women’s Brains Age Differently Than Men’s, And What It Means For Your Health”

Alzheimers.net. “Why is Alzheimer’s More Likely in Women?”

BrainFacts.org. “What is ‘Healthy’ Cognitive Aging?”

Scientific American. “Fact or Fiction: When It Comes to Intelligence, Does Brain Size Matter?”

Supercharge Your Brain with Hiit Training