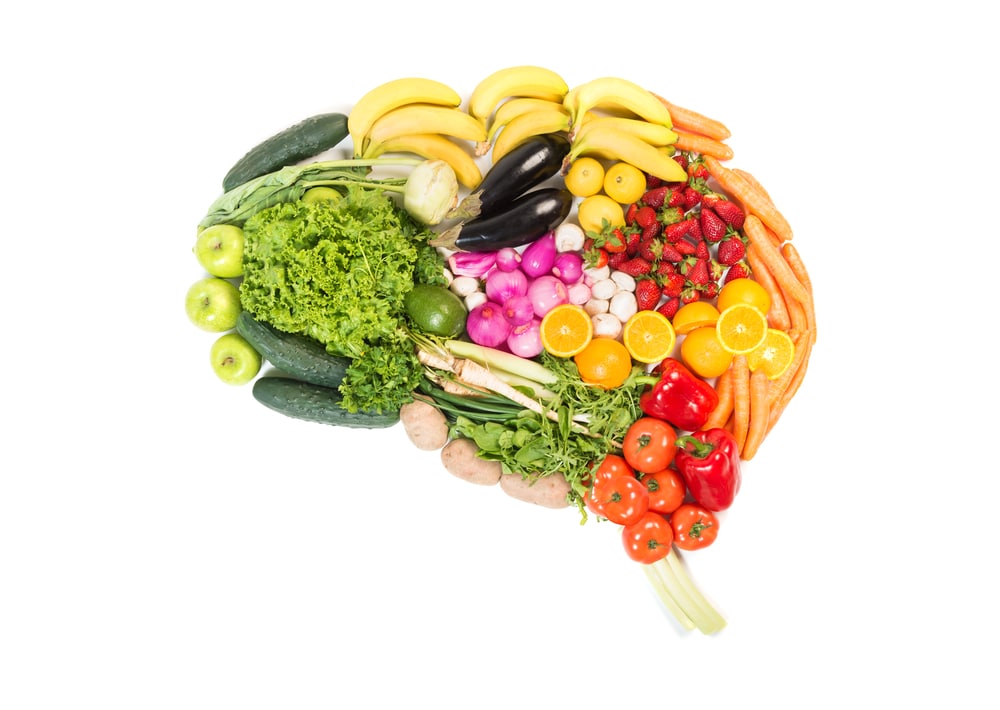 We want to stay physically fit as we age, but we want our brains to stay as sharp as possible too! As we get older, we lose brain volume, especially in our area of the brain called the hippocampus, a portion of the brain involved in memory and cognitive function. Yet, you probably know people who are sharp-witted even at an advanced age, for example, a 90-year-old who can still complete the New York Times crossword puzzle in record time. So, our brains age at variable rates and this is at least partially dependent on lifestyle. We all age at different rates.

Because people are living longer and want to enjoy the latter years of life with a fully functional brain, there’s growing interest in nootropics, supplements that may have cognitive benefits or slow down brain aging. Of course, there’s also interest in the role diet plays in how quickly the brain ages as well.

To satisfy the desire to stay sharp and cognitively intact with age, there’s no shortage of supplements that claim to offer brain health benefits – but how many are legitimate? Are there specific supplements or foods that help slow brain aging or enhance cognitive health? Let’s look at some that you commonly hear about.

Fish oil and fatty fish contain omega-3 polyunsaturated fats. The two best-known omega-3’s in fatty fish called DHA and EPA are components of cell membranes, including brain cells. Studies suggest that having a higher concentration of DHA and EPA in cell membranes may offer health benefits.

Why omega-3’s? We know that DHA and EPA are important for normal brain development and function. Having a higher ratio of omega-3’s to omega-6 (another type of fatty acid that’s pro-inflammatory) seems to be favorable for brain function and for health. For example, animals who are deprived of EPA and DHA have cognitive issues and problems with memory. Other human studies have linked a deficiency of omega-3’s with faster brain aging.

So, it’s not surprising that you hear people recommend fish oil for brain health. Yet, there’s little evidence that taking supplemental fish oil slows cognitive decline or has a positive impact on brain function. However, some research suggests that consuming a diet rich in whole fish is beneficial for brain health. So, the best approach might be to eat fatty fish, such as wild-caught salmon, twice a week rather than take a fish oil supplement. That way you can benefit from the other nutrient in fish rather than just the omega-3s.

Who doesn’t enjoy a bit of dark chocolate? Dark chocolate contains varying quantities of antioxidant flavonoids called flavanols. Studies show that these compounds enter the brain where they increase blood flow and help protect nerve cells against injury and death. Studies in animals suggest that the catechins in dark chocolate and cocoa powder may enhance cognitive function in those with the human equivalent of Alzheimer’s disease.

But, what about humans? Several studies in adults show that consuming dark chocolate or supplementing with a cocoa supplement high in flavanols improves performance on memory tests with both short-term use and long term intake of dark chocolate. Yet, there’s still not enough evidence to say dark chocolate can slow brain aging or stave off age-related diseases, like Alzheimer’s disease.

It does appear that dark chocolate increases blood flow to the brain and also may enhance mood by boosting the release of feel-good chemicals, like endorphins. Plus, dark chocolate has a small amount of caffeine and another stimulant called theobromine which may enhance focus and concentration.

As a bonus, the flavanols in dark chocolate are a heart-healthy treat, so there’s no reason not to enjoy flavanol-rich dark chocolate in moderation. Look for one that’s low in sugar and that has a % cacao of at least 70%.

Turmeric is the orange-yellow spice in curry that gives food that distinctively “woody” taste. What makes turmeric distinctive from a health standpoint is the curcuminoids it contains, the most abundant one being curcumin. Studies show that curcumin has anti-inflammatory properties, and experts believe that inflammation plays a role in aging and Alzheimer’s disease.

In one study, participants who took curcumin (the active ingredient in turmeric) twice daily performed 28% better on memory tests relative to those who took a placebo. What’s more, imaging showed those who took the curcumin had fewer abnormal proteins in key areas of their brain.

One problem with turmeric and curcumin supplements is bioavailability. In its natural state, curcumin is poorly absorbed from the intestinal tract, so that only small amounts are available to offer benefits. But, there are ways to boost its absorption. If you take a supplement, choose one that contains piperidine, an ingredient in black pepper, or one that says phytosome on the label. You can also boost absorption by taking a curcumin supplement or consuming the spice with a source of fat, such as olive oil.

Choline is a compound that’s sometimes classified as a B-vitamin. It’s important for healthy brain development and is the precursor of a neurotransmitter involved in memory and cognition called acetylcholine. People who have Alzheimer’s disease and other forms of dementia have lower levels of acetylcholine.

Based on this, it’s not surprising that choline is sometimes promoted as a nootropic. In one study of healthy adults, higher choline intake was linked with better memory and cognitive performance. Although it’s far from established, preliminary research suggests that choline MAY play an important role in brain aging. But, you don’t have to buy a supplement to get it. You find it in plentiful amounts in eggs, chicken, saltwater fish, dairy, and soy.

Eat a Varied Diet of Whole Foods For Brain Health

Ultimately, the best way to protect your brain against premature aging is to eat a varied, whole food diet. For example, the Mediterranean diet is linked to less loss of brain volume due to aging. Although this is correlational, eating this type of diet has other health benefits as well. For one, it’s good for your heart! But, don’t be afraid to eat a little dark chocolate in moderation and sprinkle your food with turmeric, black pepper, and olive oil. It’ll make it taste better too!