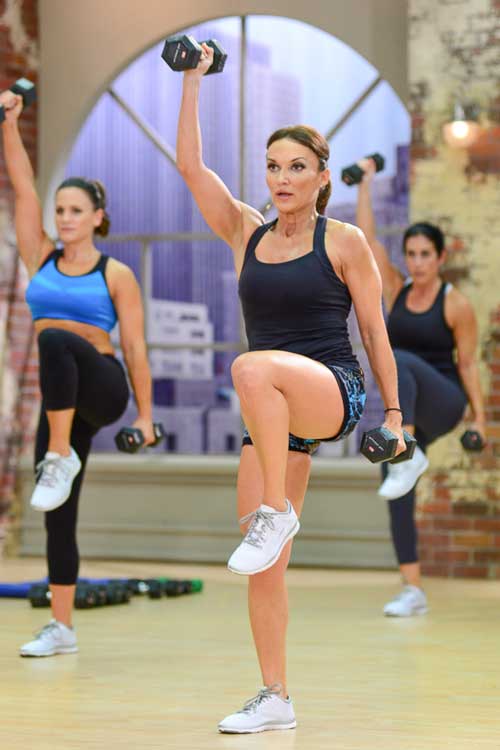 Exercise is heart healthy and good for your physique but it also has the power to impact the health of another vital organ – your brain. It can do so in a variety of ways. When you work out, your body releases a variety of hormones and brain chemicals that help build a healthier brain. In fact, studies show that regular physical activity may improve memory, mood, and, possibly, ward off brain diseases like Alzheimer’s disease. The reason? Here are five brain-boosting chemicals your body releases more of during exercise and how they impact the health of your brain.

Working up a sweat tells your body to increase production of a mood-boosting brain chemical called serotonin. People who are depressed often have low levels of serotonin. This, at least partially, explains why exercise lowers the risk of depression. The problem is when your serotonin level is low, you don’t feel like getting off the couch to exercise. Still, if you can force yourself to do it, it can lift your energy level and your spirits.

Millions of people take anti-depressant medications to raise their serotonin level but exercise is a natural serotonin booster. Interestingly, some studies show exercise is as effective as prescription antidepressants for easing depression. Aerobic exercise beats out resistance exercise for boosting serotonin. So, when you’re feeling down, get your blood pumping with a brisk bout of exercise.

When you exercise, especially a high-intensity workout, your adrenal glands, two small glands above your kidneys, as well as your brain ramp up production of norepinephrine, a substance that’s both a hormone and a brain chemical. When more norepinephrine flows into your bloodstream during exercise, you become more alert and focused. Norepinephrine also boosts memory retrieval, so you become better at retrieving information stored in your brain. This finding certainly makes a case for working out before a big exam or presentation at work, right?

Indeed, research supports the idea that exercise improves focus, attention, and the ability to concentrate. Immediately after a workout, your brain is better at accomplishing tasks and resisting distractions. How much more productive would you be at work if you did short bouts of exercise every hour or so?

If you’re easily distracted, exercise could be your ticket to getting more done. A study carried out at the University of Illinois found that exercise increases “cognitive control” in kids with ADHD. After only 20 minutes of exercise, the children were better able to focus and scored higher on tests.

BDNF stands for brain-derived neurotrophic factor and it may be the most important chemical released during exercise since it fosters long-term brain health. BDNF acts as a growth factor and promotes the formation of new connections between nerve cells, or neurons. It also helps repair nerve cells that are damaged. BDNF is most active in regions of the brain involved in memory, particularly an area called the hippocampus. The good news is exercise increases brain production of BDNF by up to three times. You may not get an immediate boost in brain function from BDNF but it helps protect your brain against injury as it preserves cognitive function.

Dopamine is the “motivation” and “reward” brain chemical. On a given day, if you feel motivated and ready to tackle the day’s list of projects after a workout, you can thank dopamine.  It’s dopamine that gives us the motivation to achieve something of value or that makes us feel rewarded.

Without enough dopamine, you probably wouldn’t feel like putting forth the effort to do the things you need to do and that make you feel good. People who are depressed typically have a low dopamine level. The fact that exercise boosts the release of dopamine and serotonin partially explains why exercise is a natural mood lifter antidepressant.

Endorphins are the ultimate “feel good” chemicals. You’ve heard people talk about “runner’s high,” the feeling of bliss and oneness with the world that comes after running a while. Endorphins are the likely reason why, although some researchers believe other brain chemicals, like serotonin and dopamine, play a role too. Plus, endorphins help to relieve pain.

Once you start pumping out endorphins, exercise no longer feels as hard. Finally, endorphins help to calm fear and anxiety, thereby making you feel more tranquil and at peace with yourself. No wonder studies show exercise helps to boost self-esteem and sense of well-being!

The combination of these five hormones and brain chemicals explain many of the health benefits exercise has on your brain. Most brain health benefits come from aerobic exercise, although one study showed light resistance training may help prevent the loss of brain volume that happens with age. In addition, weight training builds self-esteem and confidence – and that’s good for you and your brain.

All in all, physical activity improves cognitive function, elevates mood, and helps your brain become more “plastic,” meaning it’s more resilient and adaptable. We lose brain volume as we age, especially in the region called the hippocampus. Exercise helps preserve brain function and prevent cognitive decline. Exercise also has an anti-inflammatory effect. That’s important since inflammation is a factor in brain aging. Plus, it increases blood flow to the brain and lowers the risk of other health problems that affect brain health, including high blood pressure and insulin resistance.

So, exercise isn’t just for weight control, heart health, and improving your physique, it’s for a healthier brain too. Keep these reasons in mind the next time you’re tempted to skip a workout.