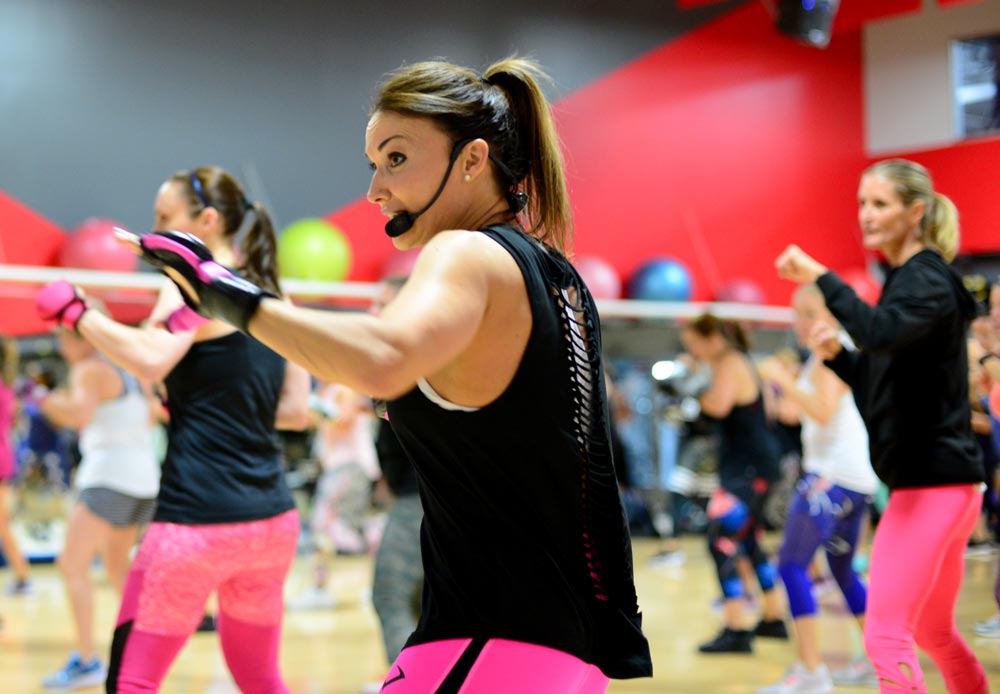 Chances are, you don’t exercise solely for the health of your brain. You do it to improve your body composition and the health of your heart, right? But, your brain benefits from a heart-pumping, sweaty workout too. The odds of developing dementia increase with age, and with people living longer, we need to focus more on brain health.  According to the Centers for Disease Control and Prevention, the risk of developing Alzheimer’s disease increases two-fold every five years that you’re alive. In fact, age is the strongest risk factor for dementia.

Based on research, we know that exercise helps to enhance and preserve cognitive health, but what type of exercise is best? The type of exercise that studies have focused on the most is aerobic exercise. This means activities that use aerobic pathways to generate energy as opposed to anaerobic pathways that supply energy for high-intensity, short-term exercise. Aerobic exercise can be low, moderate, or high in intensity. However, once you reach a high enough intensity, anaerobic pathways are forced to kick into to some degree. You can think of aerobic exercise as being activities like jogging, brisk walking, moderate cycling, and swimming. Anaerobic activities include heavy weight training, sprinting, and jumping.

Researchers at the University of British Columbia found that regular aerobic activity is linked with a boost in the size of a portion of the brain called the hippocampus. The hippocampus is an area closely linked with verbal memory and learning. It’s not clear how aerobic exercise enhances the size of the hippocampus but there are some theories. Some research suggests that aerobic activity stimulates the activity of growth factors that help brain cells survive and flourish. Some of these factors augment the number of blood vessels that surround the brain cells to help them get more oxygen. That’s a boon for brain function!

Another way exercise helps preserve brain health is by improving insulin sensitivity. Did you know some experts refer to Alzheimer’s disease as type 3 diabetes? This is based on the theory that Alzheimer’s disease is fueled by insulin resistance in the brain, the same kind of insulin resistance we see in type 2 diabetes. Around 20% of the population has a variant of a gene related to Alzheimer’s risk called APOE4. Some people inherit one copy of this gene variant while others have two copies. People who inherit two copies of the gene have 3 to 5 times the risk of developing Alzheimer’s disease relative to the general population. If you inherit one copy of the gene, your risk is only two-fold higher than the average population.

Dementia and brain aging encompasses vascular disease too. If you develop blockages in the arteries that lead to the brain due to atherosclerosis, it reduces nutrient and oxygen delivery and starves the brain. An even worse scenario is vascular disease leads to a stroke that causes permanent brain damage. Research shows that vascular disease is a contributor to 25 to 50% of the cases of dementia. It’s also possible to have a mixed type of dementia, Alzheimer’s pathology and vascular disease where you have two types of pathology going on.

Exercise may be particularly effective in preventing vascular disease. For one, aerobic workouts, lower blood pressure. When blood pressure is too high, it damages the inner walls of arteries and, over time, this can lead to vascular disease. Plus, exercise lowers the risk of another common cause of blood vessel damage, diabetes. It helps in yet another way. Aerobic exercise favorably impacts lipid levels.  In addition, exercise helps prevent weight gain. Studies show that being overweight or obese after mid-life is associated with a higher risk of dementia.

What about Resistance Exercise?

It’s clear that aerobic exercise helps prevent loss of brain function due to aging, but what about resistance training? The evidence isn’t as strong for resistance training, partially because there are fewer studies that have focused on how resistance training impacts the health of the brain. However, there is some support for resistance training being brain health. A study published in Acta Psychologica showed that people were better at remembering certain images after they had done 6 sets of leg extensions as compared to not doing any exercise. So, a single bout of resistance exercise may give your memory a short-term boost.

Can exercise help? As part of the study, a group of men and women between the ages of 55 and 86 weight trained twice weekly at 80% of their one-rep max. A control group did stretching exercises. All of the participants completed cognitive tests prior to the training, immediately after the study ended, and again 12 months later. The group that weight-trained performed better than the control group both at the completion of the study and 12 months afterward. Interestingly, those who gained the most strength also had the greatest gains in cognitive ability. Studies on resistance training are fewer, but it appears that resistance training may also offer some cognitive benefits, although more research is needed.

Keep doing aerobic workouts for your brain, but resistance training may offer benefits as well. Regardless, you need both to maximize the benefits to your health. So, keep lifting and keep getting your heart rate up!