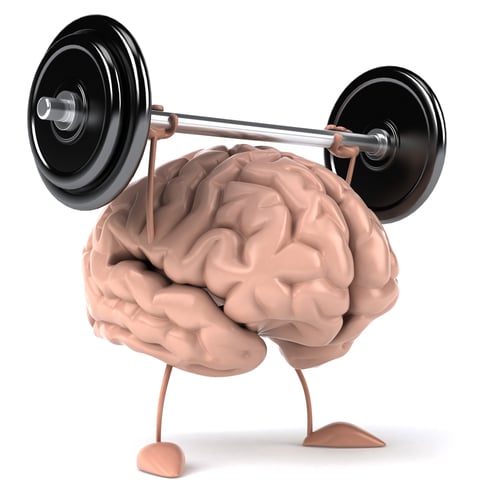 More people are focusing on brain health these days to help ward off Alzheimer’s disease and stroke later in life, two diseases that rob a person of their ability to think, remember and care for themselves.

Doing brain exercises and memory challenging puzzles are one way to work your brain, but when it comes to brain health, exercising your body may be even more important. Research has already shown that physical activity can improve the health of your heart, but it also boosts brain health too.

A study published in the journal Neurology recently showed that regular exercise helps to ward off silent strokes that can damage brain function. Silent strokes happen when very small areas of the brain don’t get the blood and oxygen they need for a short period of time. They’re called silent because a person having one may have no symptoms at the time these strokes happen, but they can still cause areas of permanent brain damage. If they continue to happen over time, it can lead to symptoms consistent with dementia not unlike those seen with Alzheimer’s disease.

In this study involving 1,200 people, researchers found that men and women who exercised at least 150 minutes a week were 40 percent less likely to have silent strokes on imaging studies than those who were less active. Exercise helps to keep small blood vessels healthy that carry oxygen and nutrients to the brain, thereby reducing the risk of silent strokes.

Research also shows that exercise can improve thinking in people who have already undergone some mental decline. Millions of people suffer from a syndrome called mild cognitive impairment where they have difficulty remembering things and frequently misplace items. Up to 15% of these people go on later in life to develop dementia.

A study published in the Archives of Neurology showed that people with mild cognitive impairment who did high-intensity exercise for an hour four times weekly for 6 months improved their thinking ability more than those who simply stretched. In addition, another study published in the same journal showed that middle-aged people who exercised reduced their risk of ever getting mild cognitive impairment in the first place.

Exercise does more than just melt away tummy fat and build beautiful muscles; it also protects the all-important organ that lies between your ears. Regular exercise and a healthy diet are the best defenses you have against brain aging. Keep on working out – for your body and for your mind.

Why Your Waist Circumference Is Important

Why It’s Important to Know Your Waist-to-Hip Ratio