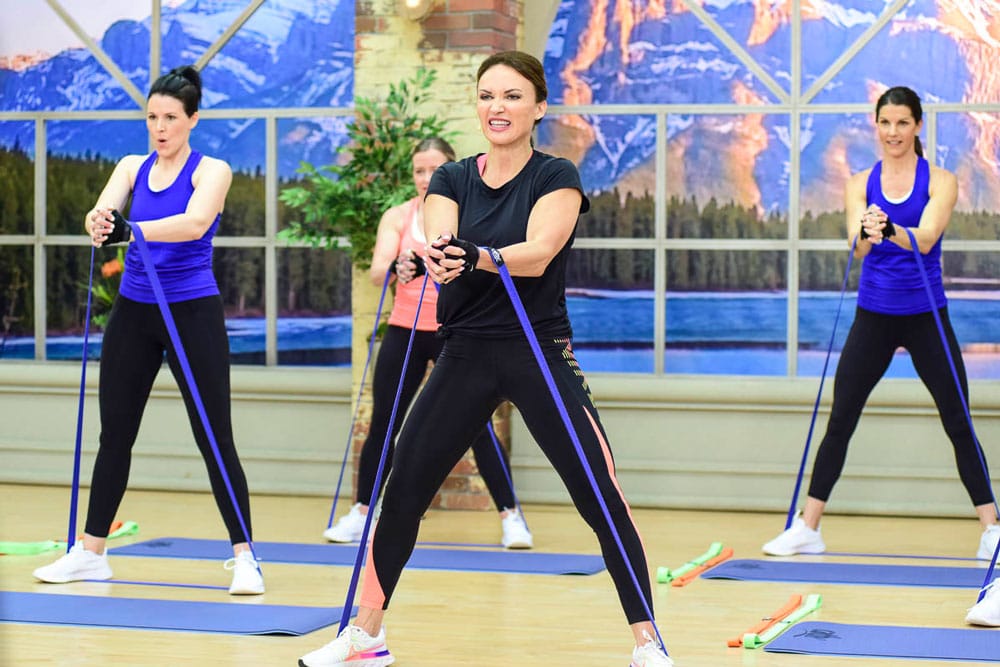 Exercise is good for all the organs in your body, including your brain. But you might be surprised at how many ways exercise ramps up the health of the gray and white matter in your brain and helps preserve and even boost cognitive function.

When you work up a sweat, it improves your physical and mental health in some surprising ways. Curious as to how exercise can give your brain function a boost? Here are five ways, backed by science, that exercise boosts brain function and brain health short-term and longer-term.

Exercise Boosts to the Brain

When you do an aerobic workout, you can feel the blood coursing through the vessels in your brain and delivering nourishment to your brain cells. Increased blood flow means more oxygen, and that boosts mental clarity. Studies even show that people remember better after an aerobic workout.

For example, a study found that exercise improves performance on tests that require thinking skills. Studying for a test or trying to memorize a presentation? Take breaks from studying to jog around the block or do a 10-minute high-intensity exercise session. You need the extra oxygen when you’re trying to cram information into your head before a big exam. Break up study time with movement.

Aerobic exercise also impacts brain chemicals, like serotonin and dopamine, that affect many aspects of brain function. For example, Parkinson’s disease is a degenerative disease of the basal ganglia, a portion of the brain that controls movement. People with Parkinson’s disease experience a loss of dopamine and nerve cells that produce dopamine in the basal ganglia of the brain and that affects their movements, mood, and memory.

Fortunately, exercise boosts dopamine in people with Parkinson’s and it may play a role in preventing the disease too. A study links exercising during early middle-age with a 30% reduction in the risk of developing Parkinson’s disease later in life.

Working out also increases serotonin, another brain chemical, or neurotransmitter, that affects mood and appetite. People with depression often have low levels of serotonin and anti-depressants that doctors prescribe to treat depression help raise serotonin.

Aerobic exercise that lasts 20 minutes or longer also floods your body with endorphins, “feel good” hormones that reduce the sensation of pain and elevate mood. Scientists believe endorphins may explain the runner’s high, the good feeling runners get when they run for longer distances.

So, exercise may have benefits for your mental health too. The key is to do it and be consistent about it.

Some experts refer to aerobic exercise as “fertilizer” for the brain, and you don’t have to join a gym to get the brain health benefits. Brisk walking or jogging outdoors is simple and relaxing way to enjoy nature while doing something beneficial for your brain. When you take a walk outdoors, it also lowers your stress level.

Physical Activity Increases Areas of the Brain Involved in Memory

Can staying physically active boost the size of your brain too? Researchers from the University of British Columbia found that a heart-pumping workout increases brain volume in an area of the brain called the hippocampus, a segment involved in cognitive function and memory.

Aerobic exercise is the best form of exercise for offering these benefits, although there’s some evidence that strength training boosts brain health in other ways. The key is to stay active and it’s best to include both forms of exercise in your training.

Anyone who exercises will acknowledge that working out eases stress. But studies show moderate exercise reduces stress hormones, like cortisol. Although cortisol has some benefits, it helps mobilize energy for muscles during times of starvation or threat, it can also cause psychological issues like depression that affect well-being and brain health. For mental and physical health, it’s important to keep cortisol under control; exercise can help you do that.

Two facets of exercise affect cortisol: duration and intensity of a workout. If you do an intense workout, keep it short, under 30 minutes, to keep cortisol from shooting up and staying up. If you do moderate-intensity workouts, like jogging or cycling, don’t exercise for longer than an hour and give your body adequate recovery time between workouts. You can get the benefits of exercise by working out only 3 days per week. Don’t overdo it! Balance intense sweat sessions with adequate recovery and at least 7 hours of sleep per night.

Now that you know how exercise benefits your brain, how will you get the perks that exercise offers? Cycling, a brisk walk outdoors, or a run is one to enjoy the brain health bonuses that exercise provides. Exercising in nature is especially beneficial for the brain, since it reduces stress hormones. But find something you enjoy. If you enjoy what you’re doing, you’re more likely to stick with it and be consistent. But don’t forget about resistance training. You need it to protect against muscle and bone loss due to aging. There’s no substitute for it!