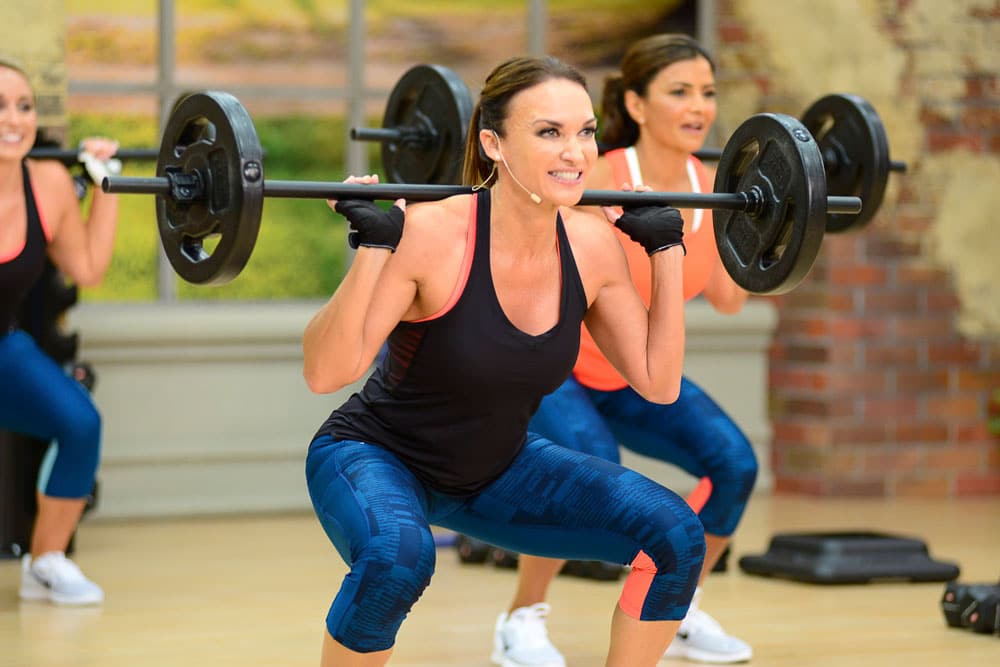 Squats are certainly good for your lower body, particularly your quads, but could doing this exercise also boost brain function? We know staying physically active, in general, is good for the gray matter, but is there something magical about squats that helps keep your brain healthy? We all need to be concerned about preserving brain health as we all lose brain power with age. Lifestyle, including exercise, can help! Scientists now believe that squats should be part of your brain health arsenal.

Squats is an exercise included in most strength training routines. Not surprising! Squats work so many muscles. In fact, studies show that squatting activates almost 200 muscles. That’s why they’re sometimes called the king of weight-training exercises.  Squats are a functional exercise we all need because each time we squat it mimics movements we do on a daily basis, like squatting down to pick something up off the floor. When you make squats part of your training routine, you master the biomechanics you need to squat effectively and safely. That’s good for your overall fitness level and your physique.

Now, new research suggests that when you squat, it sends signals to your brain that stimulate the production of new, healthy brain cells. Squatting beefs up the brain? Yes! The research, because it uses mice rather than humans, is preliminary, but based on other studies, it likely applies to humans too. In the study, researchers allowed mice to freely use their front legs but limited the use of their hind legs. Importantly, the mice didn’t appear to be stressed by the limited use of their hind legs and continued to eat and carry out their daily functions they typically did without using their back legs.

When they looked at the brains of the mice after 28 days, they noted a 70% reduction of nerve stem cells in an area of the brain called the sub-ventricular region. It’s in this area that nerve stem cells give rise to new, healthy nerves to carry out brain function. What’s more, cells that support healthy nerve cells and help them stay healthy decreased in number. So, the support center of the brain where new nerves are born was stymied by the lack of hind leg use.

Scientists think they have an explanation for these findings, and it shows how important exercising the lower body is for brain health. When animals and humans work their legs against resistance, they signal cells in the sub-ventricular portion of the brain to make new nerve cells. These nerve cells are designed to support brain health. In turn, a lack of lower body exercise has the opposite effect; it turns off this much-needed function and brain health suffers.

Why Lower Body Exercise Is Important

What happens when you don’t work the muscles in your lower body? The muscles atrophy and become smaller. People who have certain neurological or muscular diseases lose muscle mass in their lower body. Severe muscle atrophy leads to problems climbing stairs, difficulty maintaining balance, and can eventually lead to difficulty walking.  The same thing happens in healthy humans as the year’s pass. We lose muscle strength and mass with age.

The one lifestyle habit that can significantly slow the loss of muscle due to aging is exercise, especially exercise that works muscles against resistance. And if there’s one exercise that leads the pack in challenging the muscles in the lower body, it’s the squat. Few exercises give the lower body such a focused workout.

Lower body exercise is important for brain health in another way, too. When you do sustained exercise using lower body muscles, like brisk walking, cycling, running, or jumping, it stimulates the release of brain chemicals that help the brain sprout new nerve cells in other regions, mainly the hippocampus. The hippocampus, a portion of the brain shaped like a horseshoe, plays a key role in committing short-term memories to long-term storage.

Does all of this hold up to science? Numerous studies show that regular aerobic exercise benefits the brain. It may even stave off the age-related loss of brain function. For example, a study of 160 adults over the age of 55 with mild cognitive impairment experienced significant improvements in executive function after six months of aerobic exercise daily. Executive function is the ability to plan and manage the steps needed to achieve a goal. In the study, the participants averaged around 35 minutes of exercise that boosted their heart rate daily, such as cycling and jogging.

Another study published in the journal Neurology found that exercise benefits the brains of middle-aged and older individuals the most, although it can boost the brain function of adults as young as 20 years of age. So, all age groups get brain benefits from staying physically active.  In fact, most research suggests that physical exercise beats mental exercise for preserving brain health. You’re probably familiar with websites where you can play brain training games to supposedly boost your brain function and slow brain aging. But, it’s better to get your heart rate up and do some squats instead!

Beyond the direct effects of exercise on the brain, such as boosting new nerve cell production, exercise enhances sleep in other ways. Research shows that physical activity improves insulin sensitivity. Insulin resistance and elevated glucose levels play a role in Alzheimer’s disease, too. So much so that some experts refer to it as type 3 diabetes. Exercise also helps improve sleep quality. We know that sleep is important for a healthy brain!

Exercise helps you keep your brain sharp, and squats are part of the equation! So, keep moving your body most days of the week by getting your heart rate up and by working the muscles in your lower body, including the squat.