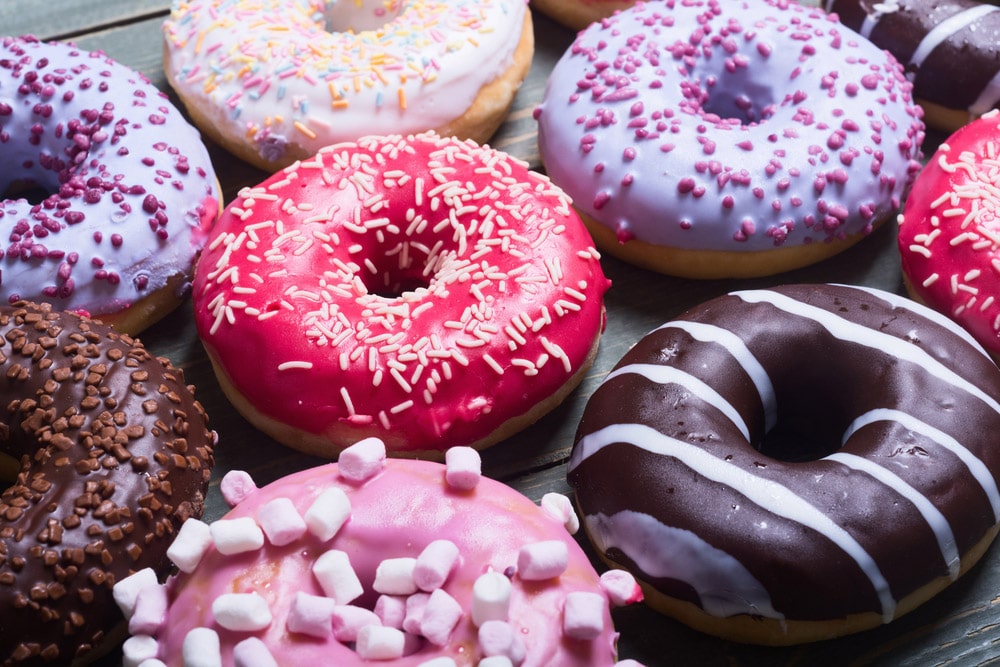 Everyone knows that ultra-processed isn’t healthy, but convenience sometimes motivates people to seek them out. No wonder! Not everyone has the time to prepare fresh meals from scratch. Food manufacturers know this, and that’s why packaged and processed foods are a multi-billion dollar industry and the demand shows no sign of slowing.

Most foods that come in a package go through some processing, but some are more heavily processed than others. For example, manufacturers might add a source of fat, sugar, or salt to a food to make it taste better. Adding these substances and even chopping up the vegetables counts as processing. Yet, these foods aren’t ultra-processed. For example, a package of frozen vegetables is processed but only minimally, as they retain the whole vegetable.

In contrast, ultra-processed foods go through several layers of processing that alters their composition. For example, manufacturers process whole grains and remove the most nutritious components of the grain, the germ and the bran, and leave behind the carbohydrate-rich, but nutrient-poor endosperm to create a refined grain. Some of the most heavily processed foods include dry breakfast cereals, chicken nuggets, hot dogs, soft drinks, and cookies.

Ultra-processed foods are often calorie-rich and nutrient-poor. Therefore, it should come as no surprise that such foods contribute to weight gain–but how? For one, these foods are often higher in calories but that’s not the full story. Researchers at the National Institute of Diabetes and Digestive and Kidney Disease looked at how diets rich in ultra-processed foods cause an expanding waistline.

For the study, they asked 20 guys and gals to eat a diet of either ultra-processed foods or unprocessed ones while under close supervision for two weeks. The foods had a similar calorie and macronutrient content, with the difference being their degree of processing. The subjects could eat as much as they wanted of their respective processed or unprocessed diets. The results highlight some of the reasons ultra-processed foods cause weight gain.

For one, the participants who ate the ultra-processed diet consumed an average of 508 more calories daily relative to the unprocessed foods group. Consuming that many calories should lead to gradual weight gain unless the subjects burn them off. Plus, the ultra-processed group ate their meals faster. Other studies also show that people who eat highly processed foods consume these foods quicker and don’t feel as satiated.

Two other ways the subjects in the ultra-processed diet differed pertains to two appetite hormones called ghrelin and hormone PYY. You might be familiar with ghrelin, an appetite hormone released by cells in the fundus of your stomach. When your stomach cells release ghrelin, it stimulates hunger and makes you run to the kitchen and grab something to eat. Some sources call it the hunger hormone because it drives you to eat. In the study, those who ate the unprocessed diet experienced a drop in the hunger hormone ghrelin, a reduction that should help control appetite.

The other hormone they followed in the study is hormone PYY, a satiety hormone. When you eat a meal and nutrients arrive in the intestines, the cells lining the intestines release hormone PYY to signal that you’ve met your nutritional needs and you can stop eating. In the study, hormone PYY dropped in the subjects who ate the ultra-processed diet but rose in those who ate unprocessed fare.

Taken together, these results suggest that people eat faster when they consume ultra-processed foods and their appetite hormones behave in a manner that promotes weight gain, greater hunger, and less satiety. In the study, the group who ate ultra-processed fare gained an average of 2 pounds over the 14 days they were on the diet. However, when they switched to the unprocessed diet, they lost those extra pounds. This study suggests that we should look beyond calories to the composition of what we eat to lose weight and avoid weight gain. Your body deals with ultra-processed foods differently than whole foods even when they have a similar number of calories.

Other Ways Ultra-Processed Foods Could Be Harmful to Your Waistline

Some studies suggest that eating an ultra-processed diet can cause weight gain in another way, by altering the gut microbiome. Gut bacteria play a major role in the health of our digestive tract and immune system and both affect body weight. An ultra-processed diet could trigger weight gain by altering nutrient and macronutrient absorption. Other studies propose that a junk food diet impacts insulin sensitivity and metabolism. Some research even suggests that the bacteria that live in our gut affect our appetite and food preferences. Who’s in control–you or your gut?

Plus, according to research, people who are obese have a different microbiome than those who are lean. However, when obese people shed their weight, their gut bacteria change too and become similar to the microbiome of a lean individual.

Ultra-processed foods abound at supermarkets. In fact, 60% of the foods in grocery store aisles are processed. It’s hard to avoid them if you buy prepared or packaged items. Now you know how processed convenience foods may contribute to weight gain. However, not every packaged food is ultra-processed. Read labels and if you see only one or two ingredients, it’s not overly processed. For example, frozen vegetables undergo minimal processing and pack lots of nutrition into a quick-to-prepare box or bag. So, be thoughtful and mindful of what you choose! Look for fewer ingredients and prioritize health over convenience. But don’t be afraid to pull a bag of frozen berries or broccoli out of the freezer when you need a healthy meal fast.