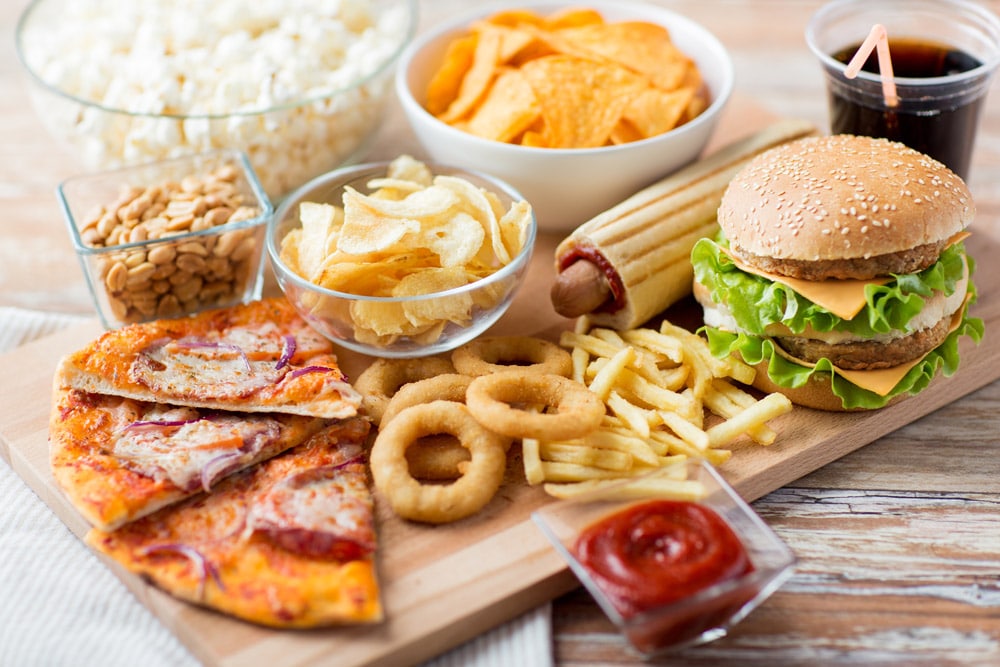 Fast food isn’t healthy for your heart or waistline, but did you know it’s not good for your brain either? No, that fast food burger smothered in mayo paired with an order of salty fries isn’t good for the gray or white matter in your brain and it may even have short-term effects on your memory and productivity. Who feels ready to tackle the world after munching out on a greasy burger and an order of fries? Life is better when we have healthy brain function! Here are some ways fast food harms brain health that you might not be aware of.

Fast Food is Bad for Your Memory

The ability to retrieve information locked in our brains becomes harder with age and dining on fast food can make it even harder. A study carried out by Australian researchers found that subjects who ate a diet high in fast food performed worse on memory exercises. Plus, until recently, fast food contained significant quantities of trans-fat, a synthetic form of fat linked with cardiovascular disease and stroke. Trans-fat is even more damaging to the inner lining of your blood vessels, called the endothelium, than other forms of fat, including saturated fat. One study found that older men who consumed more trans fat remembered 10% fewer words from a list relative to those who ate the least. Over time, the damage that trans-fat does to the arteries that carry blood to the brain increases the risk of stroke. A stroke damages brain cells and can lead to permanent disabilities and loss of function. So, it’s better to pass on the drive-thru!

Fast Food Is a Downer!

Eating a plate of fried wings and French fries might give you a temporary lift if you’re hungry, but in the long term, fast food is a downer. In fact, one study found that people who dine on fast food often were 51% more likely to suffer from depression. The study doesn’t show cause and effect, so there could be another explanation. For example, people who feel down or depressed might crave fast food more and eat it more often. However, we know that some foods alter the gut microbiome in a way that triggers inflammation. Some studies show a link between depressive symptoms, inflammation, and gut dysbiosis.

In fact, studies suggest that fast food alters the gut microbiome in a way that could trigger inflammation. Fast food is bad news for the bacteria that live in the intestinal tract since beneficial gut bacteria thrive on fiber, including prebiotic fiber.  Fast food and ultra-processed fare is low in fiber and contains additives and emulsifiers that may harm the gut microbiome.

Inflammation is a driving force behind many diseases and health problems. Researchers in Australia discovered that five days of junk food boosted levels of inflammation in a portion of the brain called the hippocampus. The hippocampus plays a key role in consolidating short-term information into long-term storage, a critical step for you to recall that information at will. But it’s not just memory that takes a hit. The same inflammation that affects memory may boost hunger by disrupting appetite and increasing cravings. So, fast food isn’t as satiating as eating unprocessed foods. There are several reasons junk food doesn’t curb hunger, including negative effects on blood sugar and a lack of fiber, but neuroinflammation may be another factor.

A Higher Risk of Dementia

The short-term effects of fast food on the brain aren’t favorable but pulling into a fast food window over many years may boost your risk of dementia too. In fact, a 2003 study published in the Archives of Neurology found that people who consumed saturated and trans-fat had higher quantities of beta-amyloid proteins in their brains. Beta-amyloid is misfolded proteins that are the hallmark of Alzheimer’s disease. When these damaged proteins accumulate in the brain, they form plaques that disrupt brain cell function. Studies show foods containing trans- fat are linked with a five-times greater risk of Alzheimer’s disease.

It’s no secret that fast food is high in sugar too, from the soft drinks that most people guzzle when they munch on French fries to milkshakes with enough sugar to exceed what we should get in two days. According to some research, sugar from sources such as soft drinks fuel beta-amyloid protein accumulation in the brain too.

Your brain thrives on whole, unprocessed foods, not the ultra-processed junk food you buy at McDonald’s. Yet studies show that 60% of what Americans consume each day is junk food or fast food. Yet munching on fast food catches up with you eventually! By making smart choices now, you can reap the benefits later with better brain health.

On the plus side, some fast-serve restaurants are offering healthier options these days. Fast-casual restaurants like Chipotle and Panera are an alternative to fast food that’s more expensive but less unhealthy. The key is to not eat fast food fare too often and be smart with your selections. Deep-fried and packed with sugar won’t cut it. And if you need another reason to limit your trips to fast-food restaurants, studies even show fast-food packaging contains phthalates, substances that disrupt hormones. So, don’t make trips for fast food a regular habit. Instead, make more meals at home. Fast food may be less time consuming, but it’s not convenient or cheap if you pay for it with your health.

Is Fast Food a Bad Habit or An Addiction?