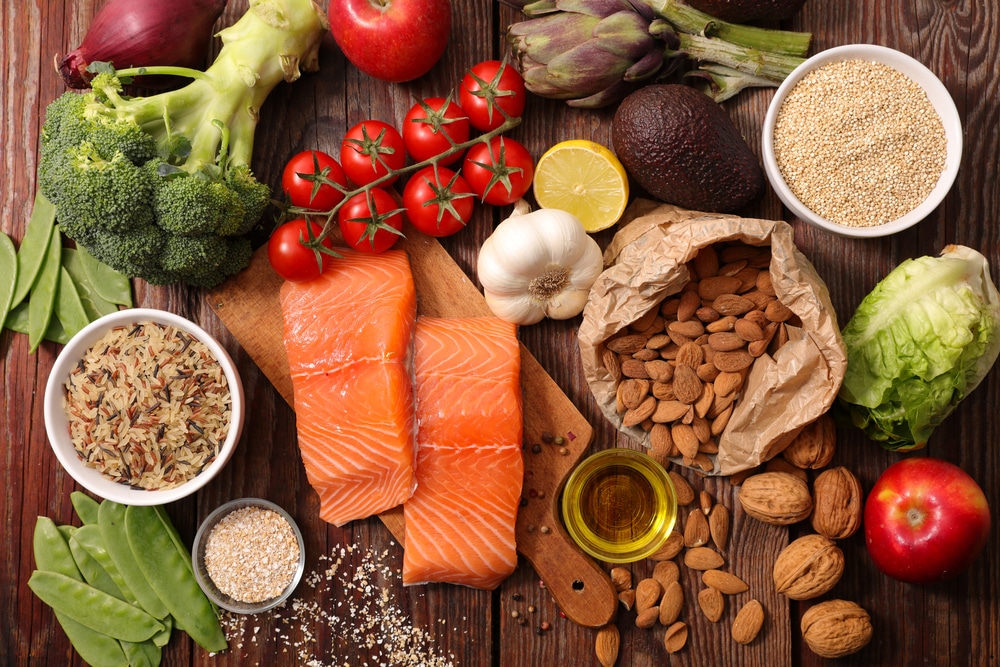 Inflammation is your body’s reaction to a foreign substance or invader, but it’s also the driver of almost every age-related chronic disease, including heart disease, cancer, Alzheimer’s disease, autoimmune diseases, and type 2 diabetes. Name almost any disease and there’s probably an inflammatory component associated with it. No wonder we’re so concerned about reducing chronic, low-grade inflammation, the kind strongly linked with health problems. The question is how do you do it? One of the first places you might look is at your diet.

First, let’s look at dietary components that likely contribute to inflammation. According to Dr. Frank Hu, professor of nutrition and epidemiology in the Department of Nutrition at the Harvard School of Public Health, there are specific groups of foods that fuel inflammation. These include:

The foods on this list are hardly a surprise. These are also foods that simply aren’t good for us. The exact way in which each of these foods fuels inflammation isn’t completely understood. However, there’s evidence that these foods activate cellular pathways involved in producing inflammation and that they may increase the production of inflammatory chemicals called cytokines.

What about Foods that Fight Inflammation?

So much for foods that incite inflammation – how about foods that are protective? The consensus is that whole foods, particularly fruits and vegetables, are inflammation fighters. Plant-based foods, including vegetables, fruits, whole grains, legumes, and nuts, contain a variety of phytochemicals that have anti-inflammatory and antioxidant activity. Some of these phytochemicals are mildly toxic to cells, yet this slight toxicity actually boost a cell’s inflammation-fighting power. You might wonder how something mildly toxic could be therapeutic. These natural chemicals ramp the cell’s own internal defense system and give cells a stronger ability to fight oxidative damage and ease inflammation. They act like a mild cellular irritant that causes cells to activate their defensive pathways. This, in turn, makes cells more resistant to future oxidative damage.

Another class of foods that have anti-inflammatory power is fatty fish. The reason fatty fish, like wild salmon, helps keep inflammation in check is likely due to its high content of long-chain omega-3 fatty acids. Research suggests that the Western diet has an unfavorable omega-6 to omega-3 ratio and this imbalance promotes inflammation. For optimal health, the ratio should be no higher than 2 or 3 to 1 and it’s around 15 to 1! Consuming fatty fish, due to its high omega-3 content, helps improve this ratio as does reducing inflammatory, omega-6 rich foods from the diet.

Unfortunately, fatty fish also increasingly harbor toxins, like heavy metals, PCBs, and dioxins and the oceans are becoming more polluted over time, making the problem even worse. That’s why recommendations are that people consume fish no more than twice a week and some larger fish only once or twice a month. Yes, there are plant-based foods with omega-3s, including chia seeds, sesame seeds, flaxseed, hemp seeds, etc. but these differ structurally from the long-chain fatty acids in fish, rather they are in a short-chain form. Although short-chain omega-3s improve the omega-6 to omega-3 ratio, it’s not clear whether they have the same health benefits as long-chain omega-3s.

Munch on Nuts to Ease Inflammation

In terms of anti-inflammatory activity, nuts are in a class by themselves. They come in so many varieties – walnuts, pecans, pistachios, cashews, macadamia nuts, Brazil nuts, hazelnuts, and, although not a tree nut, peanuts. There’s a nut to suit every taste! What makes these crunchy orbs so unique? Well-conducted studies have documented their anti-inflammatory activity. In clinical trials, nut consumption was associated with a reduction in inflammatory blood markers, including c-reactive protein and IL-6, two measures of inflammation.

Although some nuts may have greater anti-inflammatory potential than others, eating any kind of nut offers benefits. Partially due to their anti-inflammatory activity, nut consumption is linked with a reduced risk of heart disease and mortality from all causes. However, walnuts are richer in omega-3s than most other nuts, so they’re a good choice. Macadamia nuts are an abundant source of monounsaturated fats, a healthy type of fat linked with a lower risk of heart disease. Don’t forget about Brazil nuts, they’re the best source of the antioxidant trace mineral selenium. So, why not eat an assortment of nuts as a replacement for processed snacks, like chips?

What should you prepare anti-inflammatory foods like vegetables with? Olive oil, of course. Olive oil contains monounsaturated fats that have anti-inflammatory activity. Like nuts, studies show that olive oil reduces inflammatory markers and also improves endothelial function, the ability of blood vessels to dilate.

If you don’t want to focus on individual foods, adopt a Mediterranean diet. A classic Mediterranean diet emphasizes these foods and studies show that people who follow this type of eating plan have lower levels of several inflammatory markers. The Mediterranean diet is associated with a reduced risk of cardiovascular disease, likely also due to its effect on inflammation. Inflammation oxidizes LDL-cholesterol and makes it more damaging to the inner walls of blood vessels.

Yes, there are foods that fight inflammation but you might best be served by eating a variety of whole foods and lots of plants. Just as importantly, avoid those foods that fuel inflammation.

Are Nuts the Ultimate Anti-Inflammatory Food?