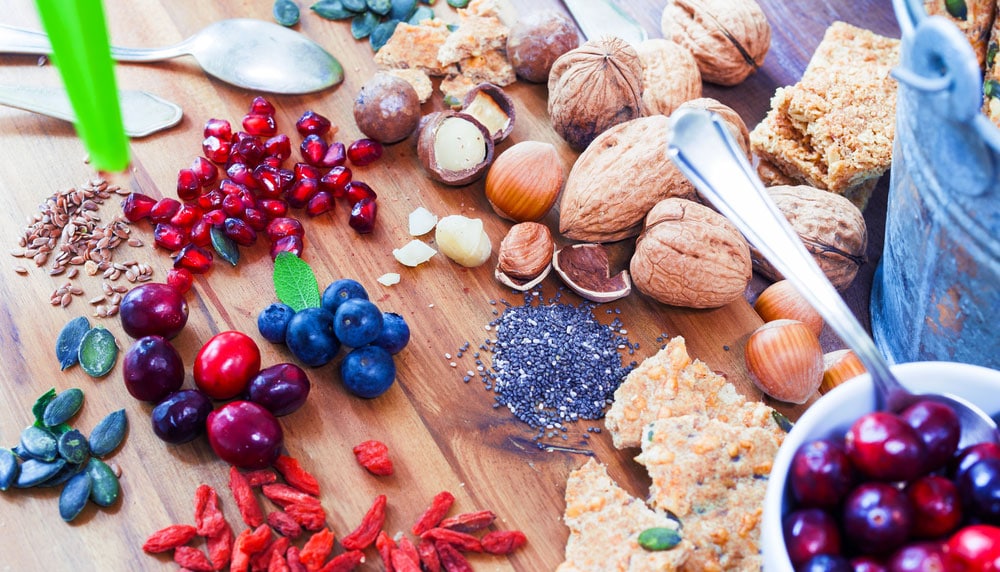 More and more these days, we hear and read about the power of superfoods. Such and such food or supplement can help you lose weight or slow the aging process. Those are pretty, lofty claims!  Thanks to clever marketing, some of these foods have developed a “health aura” that compels people to shell out their hard-earned money. Who wouldn’t want to eat more foods that have superfood status, especially if we think they’ll help us live longer or lower the risk of chronic health problems?

Unfortunately, food manufacturers sometimes take advantage of the term superfood to promote their products. For example, a food maker might add a few acai berries to a product, like a cereal or trail mix, and then slap a superfood label on it. When the average shopper spots that label, they think they’re buying something special and will shell out the extra dollars needed to take it home. No doubt, most superfoods are nutrient-dense, but should you really be willing to pay more for them? Probably not and here’s why.

You might envision a superfood as having some magical power to prevent or heal. In reality, the term superfood is a clever marketing term and there are no set legal or nutritional criteria a food must meet to be called one. So nebulous is the concept of superfoods that the European Union prohibits the use of the term on products. However, use of the term is still fair game in the United States and you see it a lot on packaged products, especially in natural food markets.

In general, so-called superfoods are nutrient dense but not necessarily more so than other healthy foods. If you visited a dietitian and asked for a list of superfoods, their list might be different than that of another dietitian. When you read labels at a grocery store, you might see mention of exotic-sounding “superfoods,” such as acai berries, moringa, goji berries, mangosteen, and chia seeds, but, in reality, these foods are no more nutrient-dense than other common, nutrient-dense foods, such as kale, walnuts, blueberries, flaxseed, dark chocolate, and salmon. The former sound more exotic, so manufacturers add these to their products so they can charge more. But, when you count superfoods, there are lots of commonly available foods that are no less “super.”

So-called superfoods also contain phytonutrients, plant-based substances that may benefit humans when they eat that plant. In fact, plants often have as many as 25,000 phytonutrients. For example, dark berries and walnuts are rich in ellagic acid, compounds that may play a role in cancer prevention based on their anti-inflammatory activity. Flavonoids, another phytonutrient, are one of the largest and most diverse group of phytonutrients, numbering in the thousands. You find them in a diversity of healthy foods, such as cruciferous vegetables, berries, tea, and many spices. Other phytonutrients include carotenoids, abundant in red and orange vegetables and fruits, glucosinolates in cruciferous vegetables, and phytoestrogens in soy foods.

Are phytonutrients as beneficial as they’re portrayed?  Research is still in its infancy, but it’s likely that foods rich in certain types of phytonutrients do have health benefits, although no one phytonutrient by itself has “magical” health benefits. More important is the totality of what you eat. In one study, researchers followed healthy men in seven countries for 25 years and found those who consumed the most flavonoid-rich foods had a substantially lower risk of heart disease and cancer. Although this doesn’t necessarily show causation, it’s consistent with other data suggesting that compounds in plant-based foods likely have health benefits.

With data like this, it’s not surprising that food manufacturers are jumping on the bandwagon and labeling their offerings as superfoods to show that they’re nutritionally dense and can justify a higher price. They can easily do this as superfood is an unregulated term that has no standard definition.

A Diverse Diet of Whole Foods is Best

One of the dangers of foods labeled as superfoods is that people might assume that these foods are so powerful that they only need to eat a few of these high-powered foods. Not so. Studies suggest that a diverse diet of whole foods, lots of plants, provides the strongest health benefits. By combining whole foods, you get the benefits of synergy between dietary components and you get a greater diversity of phytonutrients. For example, carrots are an abundant source of beta-carotene, while blueberries are rich in anthocyanins. By eating both of these foods, you may get more protective benefits than eating only one or the other.

There’s also the risk that people will think they can eat a crappy diet and mitigate the risks by eating goji berries or acai berries. It’s not that simple. In fact, there’s no evidence that acai berries are more nutrient or phytonutrient-dense than blueberries, especially wild blueberries. Plus, blueberries are more widely available and less expensive.  As the European Food Information Council points out, it’s not practical or cost saving to build a diet around superfoods when many fruits and vegetables are equally beneficial sources of nutrients and phytonutrients.

If you enjoy some of the foods marketed as superfoods, add them to your diet, but don’t assume they’re better for you than common fruits and vegetables, like blueberries, broccoli, dark chocolate, salmon, and other nutrient-dense options that are widely available and often don’t come with a label. Research suggests that the Mediterranean diet, an eating plan built around fruits, vegetables, nuts, whole grains, fish, and healthy fats from sources like olive oil offers benefits, including a lower risk of heart disease and overall mortality. This suggests that it’s the totality of your diet that matters most, not a focus on eating one or two so-called superfoods. Skipping packaged superfoods is easier on the budget as well. The reality is some so-called superfoods really are superior nutritionally, but most are no more so than everyday nutrient-dense foods, like blueberries, dark chocolate, and salmon. Enjoy a diversity of healthy foods and don’t buy into the hype.

WebMD. “Phytonutrients”
Live Science. “What Are Flavonoids?”
LiveScience.com. “What Are Superfoods?”
New Scientist. “‘Superfood’ doesn’t mean anything, so let’s stop using it”

How Many Servings of Fruits and Vegetables SHOULD You Be Eating?