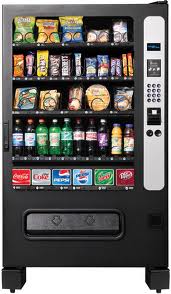 You didn’t get enough sleep last night. Now you’re struggling to get through the day, so you can go home and rest your mind and body. It’s no secret that depriving yourself of sleep makes it harder to stay lean. Research shows that lack of sleep and stress both make it more challenging to control your weight. There are several ways that lack of sleep contributes to weight gain. For one, it motivates you to make unhealthy food choices. A new study sponsored by the National Institute of Health sheds some light on why.

When You Sleep Less Are You More Likely to Make Unhealthy Food Choices?

Now there’s another reason to stay away from the vending machine and avoid candy and cookie jars when you haven’t had enough sleep. Researchers at Columbia University and St. Lukes-Roosevelt Hospital Center conducted research looking at how sleep-deprived brains respond to unhealthy food. Twenty-five young adults, both male, and female, were divided into two groups. One group got four hours of sleep or less for five nights, while the other group slept normally, around eight or nine hours per night. Both groups were asked to view pictures of healthy and unhealthy food. To see how they reacted to the food images, researchers used functional magnetic resonance imaging, a type of MRI that can measure brain activity by monitoring blood flow to different parts of the brain. The results?

The brains of men and women in the study who were sleep-deprived responded differently to unhealthy food images. Portions of the brain associated with reward were turned on when participants were deprived of sleep, but after they’d had a good night’s sleep, those reward centers no longer lit up. On the other hand, when the participants viewed images of healthy food, their reward centers weren’t activated at all. This may explain why junk food has more appeal when you haven’t had enough sleep.

Lack of Sleep Causes Changes in Appetite Hormones Too

Reward centers in the brain aren’t the only thing turned on when you haven’t had enough sleep. Levels of the appetite hormone ghrelin also rise. This increases your appetite for food in general but selectively boosts your desire to eat energy-dense foods that are sweet or high in carbs. Other research has found that lack of sleep increases the desire to munch on both salty and sweet foods. Spending too much time working and not enough time sleeping also has another drawback – it lowers leptin levels. Leptin is a hormone that rises when your energy stores are low and stimulates the desire to eat. Needless to say, it’s not a good idea to walk by a vending machine or go into a fast food restaurant when your leptin levels are low and your ghrelin levels are high. Getting too little sleep also increases cortisol, the so-called stress hormone. Cortisol mobilizes fat stores, but it also deposits it where you don’t want it, on your waistline and tummy. In addition, it breaks down muscle, which is not something you want after you’ve worked hard at the gym.

Unfortunately, your brain and your appetite hormones conspire against you when you don’t get enough sleep. That’s why it’s important to make sleep a priority. Most people need between seven and eight hours of sleep a night for good health – and to control their weight. Hitting the sack too late at night can lower your melatonin levels too. Melatonin is an antioxidant hormone produced by the pineal gland in the brain that’s important for health. Low melatonin levels have been linked with certain types of cancer including breast and prostate cancer. Whatever you do, don’t underestimate the power of a good night’s sleep to stay healthy and keep your waistline slim.

Natural Fiber is Healthy, but What About Synthetic Fiber in Foods?