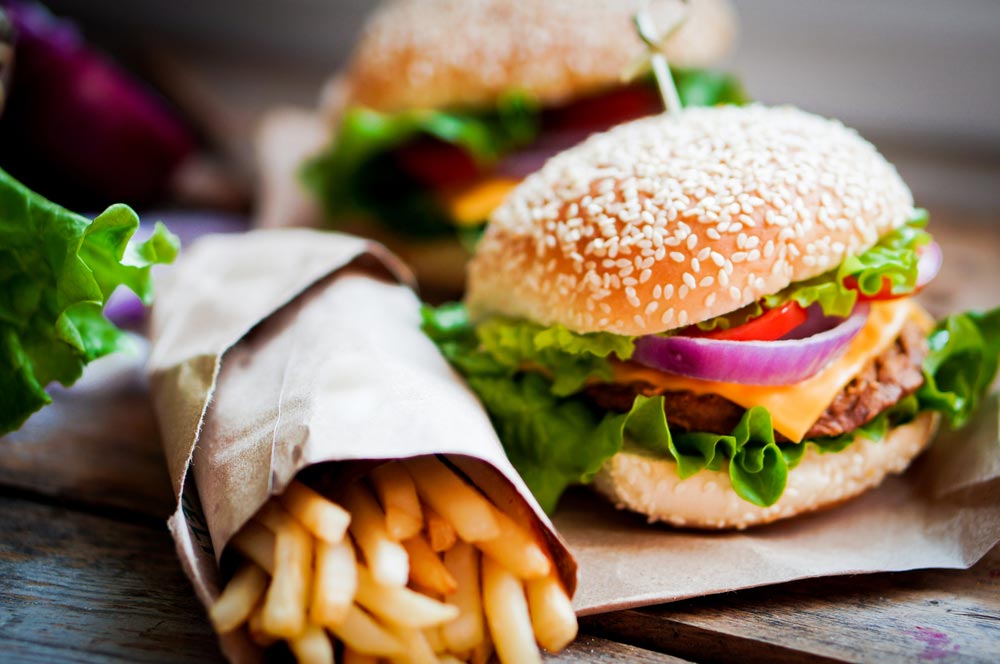 “Fast food isn’t good for you!” How many times have you heard that mantra? But the convenience of pulling into a drive-thru window and grabbing a bag of hot food is too much to resist. Are you trading convenience for health? Eating a fast food diet is linked, in some studies, with a higher risk of cardiovascular disease, stroke, type 2 diabetes, and obesity. Despite the health downsides of eating fast food, many people, particularly young people, continue to eat it. Statistics from the Bureau of Labor shows that millennials spend almost half of their food budget on restaurant food, including fast food.

Why is fast food so harmful to your health? For one, it’s highly processed and made with cheap, industrial oils. The lack of fiber and copious amounts of added sugar make it hard on your blood glucose and body weight. Research also shows that people consume more calories when they eat at a fast food restaurant. What’s more, there’s evidence that fast food can trigger inflammation. If that’s the case, it may partially explain some of its health risks since inflammation is the driving force behind most health problems, even cardiovascular disease.

The first evidence that fast food is pro-inflammatory comes from mice. A study published in the journal Cell found mice that were bred to be predisposed to cardiovascular disease developed a whole-body inflammatory response when they ate the mouse equivalent of a typical Western diet. Once they switched to a healthier diet, the inflammation subsided. What’s more, the mice, after eating the equivalent of fast food, developed harmful changes to precursor cells that make white blood cells, the cells that fight off infection. These changes didn’t reverse even after they switched to a healthier diet. When the mice were exposed again to circumstances that incited inflammation, their white blood cells overreacted as if they remembered the previous insult. In response, it set off a cascade of tissue-damaging inflammation. It’s as if the fast food primed the white blood cell precursors to be on higher alert and respond to any sign of danger with an aggressive, inflammatory response.

Does the Same Happen in Humans?

You can’t always draw conclusions about humans from mouse studies. Does the same happen in humans? It looks that way. In one Australian study, researchers found eating a single fast food meal high in saturated fat was linked with an increase in airway inflammation in asthmatics. So, potentially, eating fast food can worsen the symptoms of asthma.

In another study, researchers asked 9 people to eat a 900-calorie fast food meal high in saturated fat and carbs. After the meal, they took blood samples from the participants every hour for 3 hours. The researchers found that the number of free radicals, markers of oxidative stress, spiked after the unhealthy meal and lasted for at least three hours. Your body sees fast food as a foreign invader and treats it similar to an infection-causing agent like a virus or bacteria! Interestingly, there’s some evidence that consuming antioxidants along with fast food may reduce the inflammatory response. So, at least, eat some vegetables with that fast food!

Fast Food is Bad for Your Blood Vessels Too

As if generalized inflammation isn’t bad enough, research shows that fast food is harmful to your blood vessels too. In one study of 24 subjects, subjects ate various McDonald’s fast food meals before the researchers used a special study to determine how their arteries responded to the meals. The three meals they ate were:

Healthy arteries have good “endothelial function, referring to the thin, one-layer of cells that surround the inner walls of arteries. This layer of cells is called the endothelium and is important for heart and blood vessel health. When the endothelium is healthy, it secretes substances that cause the artery it lines to dilate. When arteries dilate in a healthy manner, they can carry more oxygenated blood to tissues and blood pressure is better controlled. Plus, the endothelium plays a key role in blood clotting. An unhealthy endothelium is a precursor to cardiovascular disease.

Interestingly, all three meals are relatively high in sugar due to the beverages, so the sugar content may have been a factor in the poor endothelial activity. A study published in the American Journal of Clinical Nutrition found that endothelial function deteriorates after consumption of glucose.

What about Blood Pressure?

Now, you have more reasons to limit the amount of fast food you eat! Plan your meals ahead of time so you can avoid an untimely trip to the golden arches. Your heart and blood vessels will thank you!