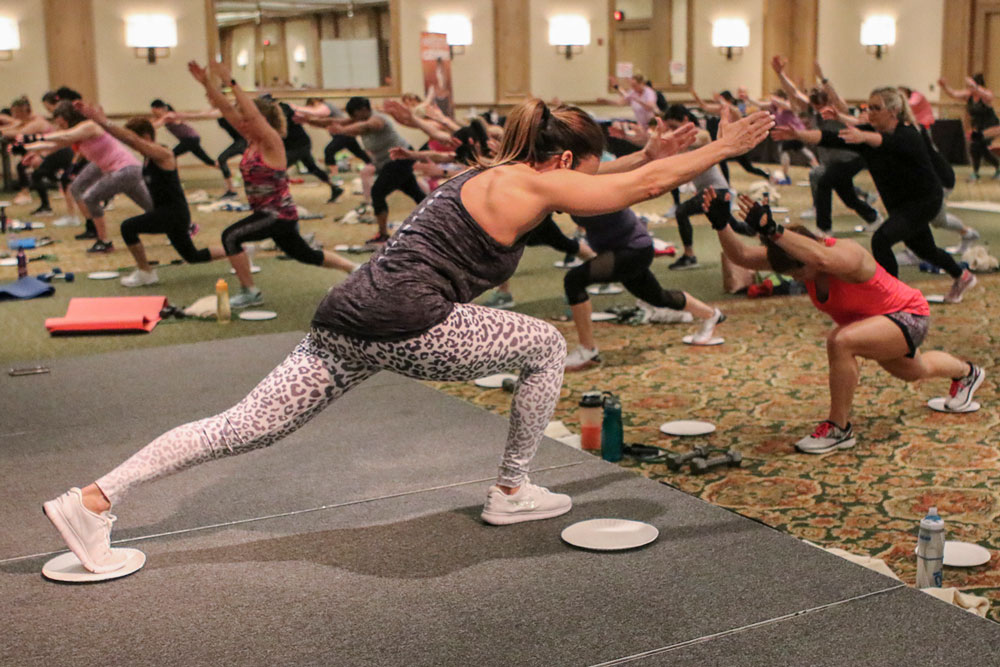 Exercise offers a multitude of health and fitness benefits, but you have to keep doing it to maintain the gains. The way your body adapts to workouts depends upon the type of training you do. Therefore, adaptations to aerobic exercise differ from how muscles react to strength training. Yet, each is important for your overall health and fitness.

In response to aerobic training, your heart becomes a more efficient pump to better supply the working muscles with blood and oxygen. Adaptations occur at the level of capillaries too, as more of these tiny blood vessels congregate around muscles for better oxygen delivery. Plus, the energy-producing organelles inside cells, called mitochondria, rise in number and become more efficient energy producers. In response to strength training, muscle fibers increase in size and neurological changes take place that increase muscle size and strength. Both types of adaptation are reversible. Once you stop exercising, the body gradually returns to its less fit state. Your body won’t hang on to what it doesn’t need!

Of course, the reversion back to the unfit, sedentary state takes time. You won’t lose your gains if you take a few days off from exercise. If you were quite fit before stopping exercise, the loss of the gains you made, will be slower than someone who exercised for a few weeks and then stopped. For aerobic training, a fit person who has been exercising for years can maintain their aerobic gains for a substantial period of time. For example, one study found that well-trained athletes, like runners and cyclists, lost only half their aerobic fitness after discontinuing training for 3 months. In terms of strength gains, you start to lose a small amount of strength after only two weeks of not training, although it can take months to lose all of your strength gains. Even then, it will be easier to regain them if you restart your training due to the phenomenon of muscle memory.

Now, a new study from the University of Liverpool shows that even after two weeks of not training, unhealthy changes happen at the cellular level. The study participants were 28 active young people who averaged 10,000 steps per day at the beginning of the study, roughly equivalent to walking 5 miles. The subjects wore fitness trackers to monitor their activity level. During the study, researchers asked the participants to reduce their step count to 1,500 steps per day, a significant reduction relative to what they did on a daily basis. They also kept diaries to document their food intake.

The goal of the study was to measure markers of health and fitness before and after decreasing their activity level to 1,500 steps for two weeks. The researchers measured their muscle and fat mass and assessed their mitochondrial function before the study and two weeks after they reduced their activity. Upon remeasuring, they found significant changes. After only two weeks, the participants’ showed a reduction in cardiovascular fitness and a reduced ability to run at the same intensity or for the same distance. They also experienced an increase in body fat and a decline in muscle mass. What’s more, the increase in body fat was mainly around the waist and tummy, two high-risk areas from a health standpoint. Fat stored here is mainly visceral fat, a type of fat strongly linked with cardiovascular disease and type 2 diabetes.

It didn’t take long for the participants to experience changes to their body composition and fitness! This study shows the importance of making exercise a consistent habit. It’s okay to take a few days off, but when days turn into weeks, you can expect to lose fitness and gain some body fat. You won’t be back to square zero in terms of fitness but you won’t be as fit as you were before you took a two-week break.

You certainly won’t lose all of your fitness gains in two weeks but this study shows you start to see unfavorable changes after only two weeks of inactivity. Other research shows muscle start to lose some size after only 2 weeks, although strength loss occurs more slowly. It may take three or four weeks to lose a significant amount of strength. Even then, you can recoup it faster the second time due to muscle memory. Aerobic gains, as measured by changes in V02 max can decline by as much as 20% after a month of not training.

How rapidly you lose strength and aerobic capacity when you stop exercising also depends on the degree to which you stop training or moving around. If you were laid up in a hospital bed due to a severe injury and can’t move around, you’ll lose your gains faster than if you continue to walk around and do your daily activities. If you aren’t confined to bed and are still able to train, research shows you can maintain most of your strength by training at least once weekly using heavy weights with an emphasis on eccentric movements. That’s why it’s important to do some form of training if at all possible to prevent muscle loss. Age is a factor too in terms of changes to your fitness level when you stop exercising. Research shows that the elderly lose aerobic and strength gains faster than younger people.

Impact on Metabolic Health When You Stop Exercising

Another concern is how not exercising for a sustained period affects how your body handles glucose. Exercise improves insulin sensitivity, the efficiency with which cells take up glucose in response to insulin. That’s one reason it lowers the risk of metabolic syndrome and type 2 diabetes. What happens when you stop exercising?

A study published in Medicine and Science in Sports and Exercise showed that blood sugar levels remained higher after meals in young, healthy people after only three days of not exercising. So, it doesn’t take long to lose the metabolic health benefits that exercise offers when you stop exercising.

Don’t stop exercising for more than a few days unless you have to. If you’re injured, try to train muscle groups that aren’t impacted by the injury. If time is an issue, do fewer sessions but make those sessions more intense. You can maintain the benefits with fewer sessions, as long as those sessions are challenging. Adjust your food intake during the period you can’t work out to compensate for the fewer calories you’re burning.

·        University of Liverpool. “Just 2 weeks of inactivity could lead to changes that increase risk of developing disease”

·        Sci-Fit.net. “The Science of Detraining: How Long You Can Take a Break from the Gym Before You Lose Muscle Mass, Strength, and Endurance”

8 Health Benefits of Exercise That Happen Right Away

One thought on “What Happens When You Stop Exercising for Two Weeks?”