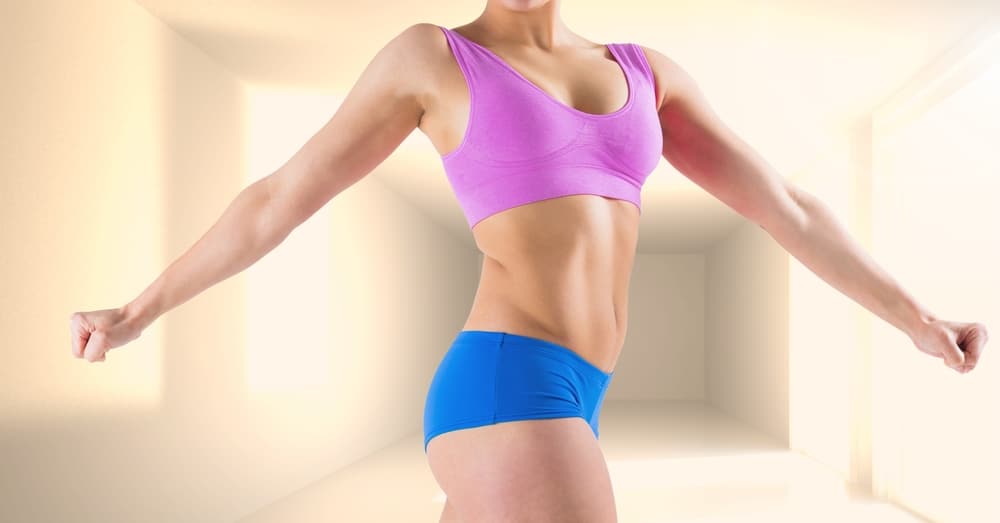 Exercise – we do it for weight control, to improve body composition, and for the health benefit, it offers. Numerous studies show that working out protects against health problems, particularly heart disease and type 2 diabetes – and it does so in a number of ways. With regard to heart disease and type 2 diabetes, it helps by lowering blood pressure and by improving lipids and insulin sensitivity. What you might not realize is exercise even changes your genes, at least how your genes are expressed.

The Power Exercise Has Over Your Genes

Genes are the blueprint that tells your cells how to function as well as what physical characteristics you have. For example, genes determine whether you have blue eyes or brown or what color hair you have. What’s more, some diseases that run in families can be transmitted from generation to generation by genes you inherit from mom and dad.

We usually think of genes as being fixed and unchangeable. However, they can be altered. One way is by mutations, changes to the gene sequence that make up your genetic blueprint. Genes code for proteins, so a change in gene sequence can change the protein that’s expressed. In some situations, this can impact your health. Other genes are silent and do little to impact how your body functions. However, the more mutations that accumulate over time, the more likely it is that it will have an impact on cell function and, in turn, implications for your health. Genes can become mutated due to environmental exposures – smoking, radiation, an unhealthy diet, excessive alcohol, heavy metals, oxidative stress, and more.

Yet, the expression of genes can be modified in another way. Just because your mom and dad handed you a particular set of genes, doesn’t mean all of those genes will be expressed. There’s another level of gene control called epigenetics. Genes can be turned on or off based on the environment they’re exposed to. In other words, eating a healthy diet may turn off the expression of certain undesirable genes and turn on the expression of beneficial ones, while bad habits, like smoking, may turn up genes that contribute to premature aging or cancer. One way that genes can be turned on or off in response to environmental exposures is called methylation.

Methylation is the process of adding tiny marks called methyl groups to the outside of genes. These methyl groups act as tags, indicating whether a gene or set of genes should be expressed or not. Usually, the addition of a methyl group turns off the expression of a gene. So, even if you have a gene that places you at high risk for a health problem, for example, insulin resistance, eating a healthy diet could methylate those genes and keep them from being expressed. One healthy lifestyle habit that can modify gene expression is exercise. What you might not realize is how QUICKLY working out can do this. Surprisingly, the epigenetic changes that exercise brings about, positive ones, of course, take place after just a single workout!

How do we know this? In a study published in Cell Metabolism, researchers made a fascinating discovery. They asked 14 healthy, untrained individuals to pedal an exercise bike for 20 minutes. Afterward, they biopsied their muscle tissue and analyzed the muscle cells. Only 3 hours after completing the workout on the exercise bike, they identified epigenetic changes that had taken place within the muscle tissue. More specifically, enzymes involved in metabolic health had been “demethylated.” The methyl groups that keep the enzymes from being expressed had been removed, so these metabolically favorable genes could be transcribed and expressed.

While we know that exercise has favorable effects on metabolic health – it improves insulin sensitivity and lowers the risk of type 2 diabetes, what’s remarkable is how fast these changes take place. The question is how long do these beneficial changes last. In the study, the epigenetic changes reverted back to their former state after a few hours. However, exercising regularly could make these changes long lasting.

What’s exciting is how exercise may have the potential to start improving your health after only a single workout, as these results suggest. That’s a good thing! Some people get frustrated because they fail to lose weight or change their body composition right away – but changes are happening at the epigenetic level after only one training session. Knowing that things are happening from day one could be enough to keep some people motivated to work out.

Other “Immediate” Benefits of Exercise

Immediate gratification is important for helping people stay motivated. Who doesn’t like to see benefits right away? Two other “immediate” health benefits related to exercise that are backed by science are the mood-elevating benefits of exercise and the way it relieves stress. In response to a single, heart-pumping sweat session, biochemical changes take place in your brain and nervous system that elevate your mood. Some of the key players here are dopamine, serotonin, and “feel good” chemicals called endorphins. In fact, some studies show that exercise is as effective as prescription anti-depressants for easing depressive symptoms.

Other studies show that memory skills and problem-solving abilities are bolstered immediately after a workout. If you’re studying for a test, a short workout may help you retain the information you learned better.

Still, the biggest benefits of exercise come from doing it consistently. However, you don’t have to work out for long periods of time or even every day to accrue benefits. In fact, research suggests that intensity is more important than exercise duration. You can get similar, or even greater benefits, from a 20-minute high-intensity interval workout as from an hour of moderate-intensity cardio.

So, if you’re after immediate gratification from working out, it might be happening at the epigenetic level. So, you get immediate benefits from exercise and longer-term benefits as well. What could be more motivating than that?

Naturally Thin? Why Some People Don’t Seem to Put on Weight

Is It Possible to Be Obese and Metabolically Healthy?