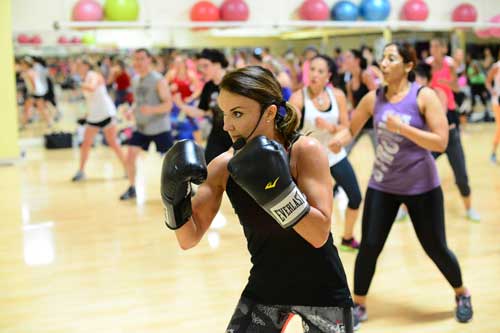 Exercise is astounding. No activity positively impacts the function of every organ in your body as much as an exercise session. You probably think your heart is the organ that gets the most conditioning benefits when you work out. It’s true. Your cardiovascular system does adapt in a positive way to aerobic training. In response to regular aerobic workouts, your heart becomes more efficient at pumping blood and oxygen to your muscles and tissues. As a result, your endurance improves.

Another organ that benefits from a vigorous workout is your brain, the very body part that defines your personality and makes you who you are. You hear a lot about the brain health benefits of exercise. In fact, some studies show that aerobic exercise can reduce the risk of neurodegenerative diseases, like Alzheimer’s disease and Parkinson’s disease.

What’s also apparent is that exercise helps prevent brain atrophy, or loss of brain tissue, due to aging. One part of your brain that’s closely tied to memory and learning is the hippocampus, a region of the brain that converts short-term memories to longer-term ones. It’s this portion of your mind that becomes gradually smaller throughout life. The hippocampus also shrinks in people who have Alzheimer’s disease.

There isn’t a magical pill to prevent brain aging but exercise comes close. A workout is a super prescription for keeping your brain healthy. Vigorous workouts help nerve cells make new connections and may even spur the growth of new nerve cells, something researchers had previously thought impossible. Exercise even seems to help with learning. For example, researchers have discovered that monkeys that run learn more quickly, in fact, they processed information twice as fast as sedentary monkeys.

One way in which scientists believe exercise improves brain health is by its impact on blood flow. When blood moves at a rapid speed to your brain, your brain cells are exposed to more oxygen and nutrients. In response to exercise, the brains of animals that exercise form more blood vessels.

What Happens When You Stop Exercising?

Now that you know all the good things that exercise does for your brain, what happens if you stop working out?  Researchers at the University of Maryland School of Public Health recently looked at this issue. What they found was when middle-aged and older people stop exercising, blood flow to the hippocampus decreases. Blood flow to several other portions of the brain dropped. Remember how we said the hippocampus is important for solidifying memories and for learning? You need healthy blood flow to this area to slow down brain aging and loss of cognitive function.

It’s no secret that you have to keep exercising to retain the benefits that exercise offers. It’s not a one-shot deal. It also appears that the loss of enhanced blood flow to the brain happens around the time you begin to lose the aerobic training benefits you gained. Research shows you experience a modest loss of aerobic capacity as early as 10 days after you stop exercising and by 3 months, you’ll have lost almost half of your gains in aerobic capacity. So, when you stop exercising for as little as 10 days, you lose some of the benefits of exercise has for your brain and your heart. Your endurance also starts to decline.

Even though you have to keep exercising to retain health and fitness gains, it’s never too late to get the benefits. In one study, a group of older adults started an aerobic walking program. Each participant in group one walked or 40 minutes 3 days a week for a year. The second group focused on flexibility and strengthening exercises. At several points during the study, the researchers measured the size of their hippocampus. What they found was those who walked over the course of the study experienced a 2% increase in the volume of their hippocampus. The group who did strength and flexibility training showed a 1% decline in hippocampal brain volume.

What conclusions can you draw?  Even modest amounts of aerobic exercise boost brain volume and it’s never too late to get the benefits. Adults in the study ranged in age from 55 to 80. Would more vigorous exercise have even greater brain health benefits, for example, high-intensity interval training? One benefit of vigorous exercise is the metabolic demands it places on your body. Research shows the metabolic demands of exercise boosts the release of certain brain chemicals that improve mood. As a result, vigorous exercise may be an underutilized, natural treatment for depression. So, exercise benefits your brain in more than one way.

Ongoing inflammation is damaging to the cells and tissues in your brain. Another way exercise protects the brain is by calming inflammation. How might a workout do this? When your muscles contract, they release anti-inflammatory chemicals called myokines. Researchers now believe that myokines may explain some of the health benefits of exercise. Plus, exercise reduces insulin resistance, a condition linked with inflammation.

Exercise also enhances the ability of blood vessels to expand and send blood flow throughout your body, including your brain. The process of blood cell expansion is called endothelial function. When you have a better endothelial function, your blood vessels are more responsive to blood flow. Such responsiveness helps lower your blood pressure and decrease your risk of heart attack and stroke.

Exercise is a powerful lifestyle medicine for your brain, partially because it increases blood flow. However, you lose the benefits quickly, starting as early as 10 days after you stop. Now you have another reason to make exercise a lifelong habit.

Science Daily. “This is Your Brain on Exercise”

8 Health Benefits of Exercise That Happen Right Away