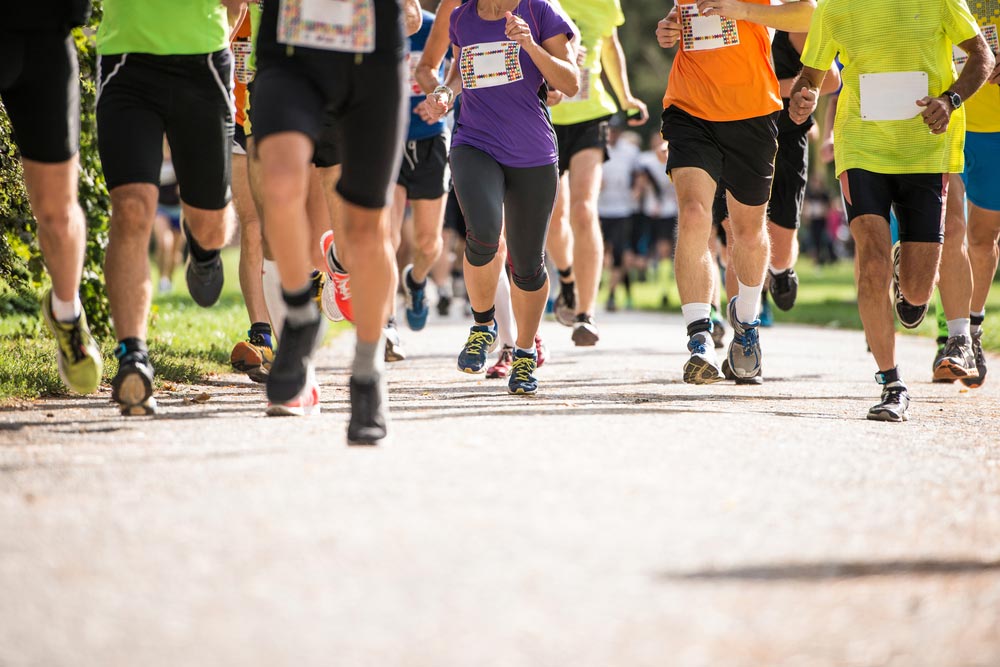 Glycogen is a form of carbohydrate that your body stores in your muscles and liver. During exercise, especially high-intensity exercise, muscles tap into this storage form of sugar to produce ATP, the energy currency muscles need to contract. Glycogen is constructed of long chains of glucose held together by bonds called glycosidic bonds.

Muscles and liver are the primary organs that make glycogen from glucose and store it for later use, although your kidneys and intestines do so to a lesser degree. Your liver has the unique ability to break down glycogen and release the glucose into the bloodstream when your body runs low on glucose. Your muscles, however, lack the enzyme needed to do this.

Why is glycogen important? Muscle glycogen is a major fuel source your body taps in to during exercise, especially high-intensity exercise. During low to moderate-intensity exercise, your muscles primarily use fat as fuel, but as exercise intensity increases, you can’t mobilize fat quickly enough to meet your body’s energy demands. So, muscle cells break down stored glycogen to glucose and glucose is used to make ATP, the energy currency that muscles need during exercise.

As mentioned, glycogen is a preferred fuel source during high-intensity exercise. Once you reach an exercise intensity above 70% of V02 max, your body preferentially burns carbs in the form of glycogen over fat, although it continues to burn fat as well. At most times, you’re using a mixture of carbs and fat as a fuel source and, to a much lesser degree, protein. But, without adequate muscle glycogen, performance during high-intensity exercise, especially explosive, power moves, may be compromised.

So, if you have a high-intensity workout planned, you want enough glycogen stored in your muscles to maximize your performance. How much glycogen can your body save up and store to use during exercise and how much can you boost your glycogen stores in preparation for exercise?

Unless you’re fasting or unless you’ve just completed a long and exhausting exercise session, your muscles already contain varying amounts of glycogen. How much?  A well-nourished person that weighs 80 kilograms stores, on average, about 500 grams of glycogen, although you can boost this even more by eating a carbohydrate-rich diet. Since each gram of glucose can be converted to 4 kilocalories of usable energy, this equates to 2,000 calories of stored energy. Of this, around 400 grams, or 1,600 calories, are in your muscles and about 100 grams, or 400 calories of glycogen, are stored in your liver.

So, muscles store their own fuel in the form of glycogen and the liver provides an additional source of glycogen that can be converted to glucose. In fact, your body can store a fair amount of glycogen, enough to fuel a 20 to 30 mile run at a moderate intensity, but there is a limit to how much glycogen you can store. Glycogen holds onto water and water has weight. If you could store unlimited quantities of glycogen, you would eventually weigh too much to get around! Once glycogen stores are maximized, extra macronutrients, mainly carbohydrates and fat, are stored as fat. You have an almost unlimited ability to store fat. That’s not what you wanted to hear, right?

The Role of Diet in Glycogen Storage

How much glycogen is in your muscles and liver at any one time is closely related to your diet and how much-stored glycogen you burn off through exercise. If you eat a high carbohydrate diet and consume enough calories, you maximize your glycogen stores. Yet, fasting for as little as a day can greatly reduce your muscle and liver stores of glycogen. When this happens, your body is dependent on fat as a fuel source, as well as ketone bodies produced by the rapid breakdown of fat.

On the other hand, eating a very high carbohydrate diet for a few days will almost double your body’s baseline glycogen stores to the point that they reach maximum capacity. Studies show most people can store a maximum of 15 grams of glycogen per kilogram of body mass. So, an 80-kilogram person can hoard a maximum of around 1,200 kilograms of glycogen under optimal conditions. That’s not insignificant since 1,200 grams of glycogen is equivalent to 4,800 calories of energy.

Athletes manipulate their glycogen stores as well by carb loading before a big event. Since we know glycogen stores help boost performance during vigorous exercise and reduce fatigue, someone participating in a race wants as much glycogen stored in their muscles as possible. To do this, they first try to lower their muscle glycogen stores about a week before the event through exercise and by eating a low-carb diet. This boosts levels of an enzyme called glycogen synthase that synthesizes new glycogen. Then, 3 days before the event, they switch to a high-carb diet of around 60% carbs daily to maximize glycogen stores before a race. Studies show this works only for intense aerobic activities that are at least an hour in duration. There’s little benefit to using this technique for shorter races and events. So, boosting muscle glycogen offers some benefit for intense, longer duration exercise.

Now, you know why glycogen is so important for optimal exercise performance during high-intensity exercise of longer duration. You don’t have an unlimited ability to build up glycogen, but you can stockpile it by carb loading before an event.

3 Types of Exercise Fatigue and How They Impact Your Workouts