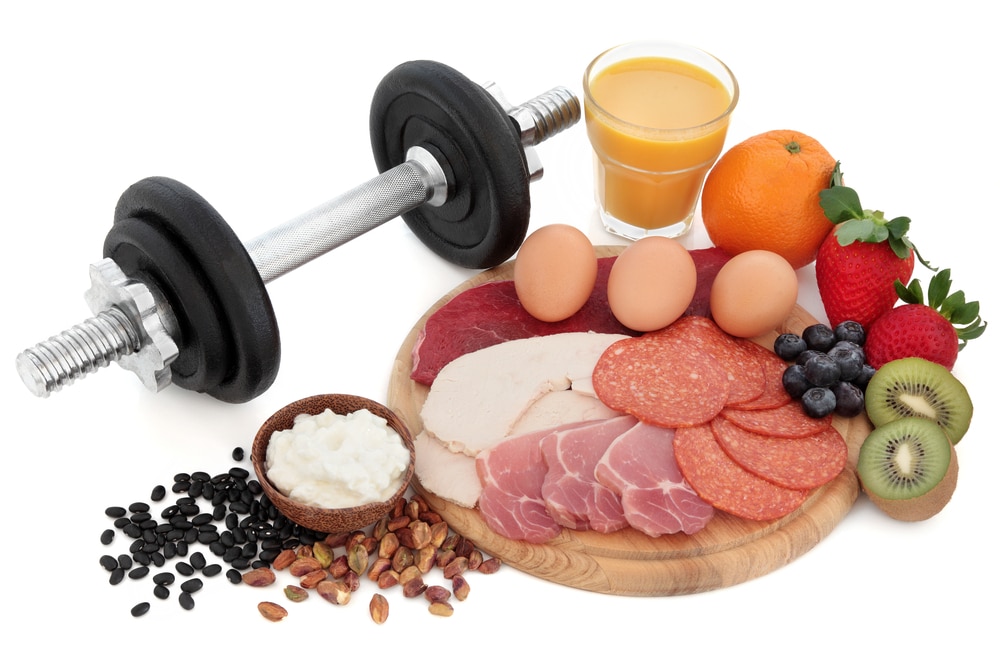 One thing is clear – you need energy to fuel your workouts. Ultimately, muscles use ATP to generate muscle contractions but the ATP ultimately comes from the macronutrients you eat. The two primary macronutrients that fuel exercise are fat and carbohydrates. Protein serves as a fuel source less than 5% of the time under normal conditions, although that can change when you’re restricting calories or carbs or exercising for long periods of time. So, fat and carbohydrates are primarily what “feeds” your muscles during exercise – but how does your body decide to use one fuel source or another at any given time? Here are four factors that impact whether your body primarily uses fat or carbohydrates during exercise.

How Long and Hard Your Workout Is

When you’re sitting in a chair or doing light, low-intensity exercise, around 85% of the fuel your body burns is fat. Only about 3% comes from protein and the rest carbohydrates. So, when you’re lounging around or doing light exercise, fat is the primary fuel source you use. The source of this fat is triglycerides stored in muscle tissue and fatty acids from the breakdown of stored body fat. That’s exactly what you want, right?

So, you’re ambling along, burning mostly fat, but what happens if you pick up the pace and intensity of your workout? At around 65% of your V02 max (aerobic capacity) where you’re starting to huff and puff, your body starts to burn more carbohydrates. That’s because fatty acids can’t be released quickly enough from fat cells to meet your body’s growing energy demands. At this point, muscle cells start to depend more on carbohydrates for fuel and that typically comes from muscle glycogen as well as the breakdown of adipose tissue.

As the intensity increases further and you’re breathing faster and faster to deliver oxygen to your muscles, oxygen ultimately becomes a limiting factor. For fatty acids to be completely oxidized to form ATP aerobically requires an abundant supply of oxygen. If oxygen delivery lags because your cardiovascular system can’t deliver it quickly enough, cells become more dependent on carbohydrates. Once you hit an intensity of around 85% of VO2 max, for example, during a high-intensity workout, muscle cells are mostly dependent on muscle glycogen and blood glucose as a fuel source to make ATP. The breakdown of liver glycogen is another source of energy as the demand for energy increases.

At some point, lactic acid starts to build up in the blood since carbohydrates can’t be completely metabolized aerobically due to inadequate delivery of oxygen and the fact that it takes more time to metabolize macronutrients through aerobic pathways. Instead, carbohydrates are converted to lactate and lactate builds up in the blood. Along with the buildup of lactate, the pH of your blood becomes more acidic, your muscles burn, and you “hit the wall” and have to stop and recover.

Is Protein a Potential Fuel Source?

If a workout is prolonged, especially if you haven’t fueled up properly beforehand, your body will turn to protein as a fuel source. During times of energy shortage, the amino acids from protein can be converted to glucose by the liver and delivered into the bloodstream and to the muscles that need it.

As you can see, exercise intensity and duration are two of the most important factors that determine what fuel source you use during exercise. During high-intensity exercise, carbohydrates are the major fuel source. During low-intensity exercise, fat is the primary source of fuel your body uses. Keep in mind that your body uses a combination of fat, carbohydrates, and protein at all times but the percentage changes depending upon exercise intensity and duration.

How Well-Trained You Are

If you regularly do aerobic exercise and have developed a certain level of aerobic fitness, your body has an enhanced ability to use fat as a fuel source relative to an untrained individual. When you’ve trained for a while, you have higher aerobic capacity – your heart can deliver oxygen to your muscles more rapidly and muscle cells can take them up faster. Plus, aerobic exercise increases the number and activity of ATP-producing mitochondria inside muscle cells, giving them the ability to make more ATP and make it faster. That comes in handy when you’re doing an aerobic workout! With greater capacity to use fat as a fuel source, your muscles also don’t have to use their glycogen stores as quickly. If you’re running a long race, this glycogen-sparing benefit helps you go longer.

What and When You Ate

If you load up on carbohydrates in the 24 hours before a workout, your muscle glycogen stores will be high. Even if you’re exercising at a moderate intensity, your body will use a higher ratio of carbohydrates to fat as it’s so readily available. That’s the rationale behind doing moderate-intensity cardio in a fasted state, glycogen stores are low and your body is forced to burn fat. On the other hand, if you increase the intensity beyond a certain threshold, you can’t mobilize fat quickly enough AND you don’t have optimal carbohydrates available either. So, you fatigue quickly and have to reduce the intensity of your workout. However, if you train regularly in a fasted state, your body adapts and becomes more efficient at using fat as fuel. The take-home message? If you want your body to burn fat as your primary fuel source, don’t load up on carbs before a workout – but, keep in mind, your performance may not be optimal either.

Interestingly, women have a greater ability than men to use fat as a fuel source during exercise. One event where women are on relatively equal footing to men is ultra-endurance events, longer than a marathon. The power to tap into fat stores gives well-trained women an advantage during very long periods of moderate-intensity exercise. However, research shows that men burn more fat as opposed to carbohydrates at rest.

Now, you have a better idea of what type of fuel your body prefers to burn when. Make sure you’re fueling your body well to get through those sweat sessions!

Ways Omega-3s Can Benefit Your Workouts