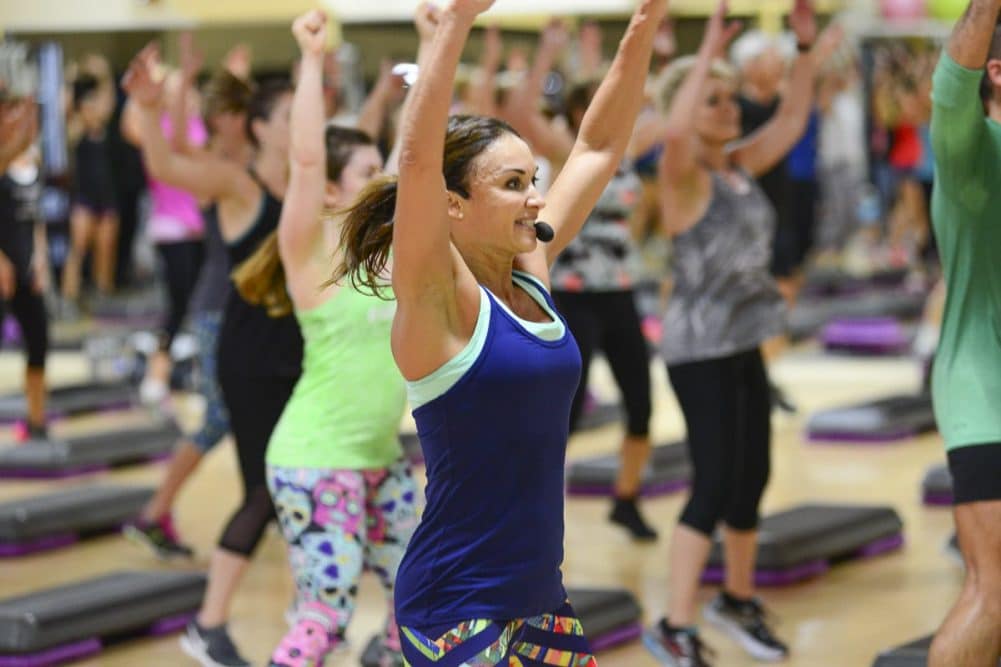 Cells have an absolute requirement for energy and energy demands increase during exercise. Although there are three macronutrients – protein, fat, and carbohydrates, your body primarily uses carbohydrates and fat as a fuel source. It’s only during long periods of exercise when you haven’t eaten beforehand or when you’re consuming too few calories that you use more than a small percentage of protein to fuel exercise.

If you’re trying to lose weight, you’d ideally like to shift fuel usage toward fat as opposed to carbohydrates. Who doesn’t want to burn those stubborn fat stores? When we say “burn,” we actually mean fat oxidation, the process of breaking down fat into energy, or ATP. To burn fat as fuel, we have to mobilize it from fat deposits stored somewhere in the body. If you do this consistently and don’t compensate by eating more calories you’ll lose body fat. Of course, it’s rarely as simple as that. A number of factors, like hormones, can impact the simple equation of calories in, calories out.

Still, it’s helpful to know what we can do to subtly shift the fuel your body uses away from carbohydrates and toward fat oxidation. Let’s look at some of the factors that impact whether your body burns more fat or carbohydrates as fuel during exercise.

The intensity at which you work out is the most important determinant of whether you use fat or carbohydrates as the primary fuel source. When you exercise at a low to moderate intensity, fat will be the predominant fuel source your body burns for energy. To use fat as a fuel source requires the ready availability of oxygen since fat is oxidized via aerobic pathways. As you increase exercise intensity, the slower oxidative pathways can’t make ATP fast enough to supply the demand.

As exercise intensity rises above 50% of V02 max, energy usage shifts from fat as the primary fuel source toward a higher percentage of carbs. Once you reach an exercise intensity of 65% of V02 max, carbohydrates comprise around 60 to 70% of the fuel your muscles are using. The point at which the energy derived from carbohydrates exceeds that of fat is called the crossover point. The crossover point also corresponds to the point at which fast-twitch fibers come into play and these are fibers best suited to oxidize carbohydrates as fuel.

As lactic acid builds up at higher intensities of exercise, this further reduces fat oxidation. The carbs your body uses now come primarily from glycogen stored inside muscle cells, blood glucose, and liver glycogen as a back-up. This works because carbs can be shunted into anaerobic pathways to produce ATP and these pathways are faster and don’t require oxygen. When you work out intensely, you need to produce ATP quickly to meet the heightened demand for energy. As exercise intensity increases, cells become increasingly dependent on carbohydrates and less on fat to fuel exercise. Still, you’re always using a combination of both. It’s the ratio that varies.

During long periods of exercise, say a marathon, fat assumes greater importance as a fuel source. Not only do you have an almost endless supply of fat to fuel long-duration exercise, but you’re also not exercising at high intensity when you run a long distance, cycle, or doing another form of low to moderate-intensity exercise. So, fat oxidation can keep up the demand for energy. In contrast, if you were to sprint, you’d again become more dependent on carbohydrate fuel sources, such as muscle glycogen, since you’re burning through fuel quickly and fat oxidation is too slow.

If you exercise for a long period of time and your muscle glycogen stores run low, your body may also turn to protein as fuel, including muscle protein, as an energy source. Normally, during exercise, protein makes up only around 2% of the fuel your muscles use, but during long periods of exercise, this percentage increases to 5 to 10%. Your body breaks down protein into amino acids and some of these amino acids can be converted to glucose by the liver and re-enter the bloodstream as a fuel source. That’s why long periods of exercise, especially when you’re not consuming enough carbohydrates, can lead to the breakdown of muscle tissue.

If you consume a carby meal or snack before working out, the glycogen stores in your muscles and liver will be replenished and you’ll have plenty of circulating blood glucose as well. The easy availability of these carbohydrate sources will shift fuel usage more toward carb utilization and away from fat oxidation. That’s why you often hear that fasted cardio is better for fat loss because your glycogen stores are depleted when you work out. When you don’t have carbs readily available as a fuel source for your muscles, they’re forced to burn fat. While this can be an effective strategy for fat loss, the lack of carbs may limit the intensity with which you can work out, so you’re burning fewer calories overall. Fasted cardio works best for a longer duration, low to moderate-intensity exercise and not so well for high-intensity training. So, plan what you eat based on how intensely and how long you intend to train.

As you become well trained, your body becomes more efficient at oxidizing fat as a fuel source. Therefore, you’ll use a slightly higher ratio of fat to carbohydrates during moderate to moderately-high exercise intensities. Your body essentially learns to tap into fat more effectively and spare glycogen. That’s one of the benefits of training.

Studies show that women derive a higher ratio of fats relative to carbohydrates during low to moderate intensity exercise compared to men. In one study, researchers compared muscle glycogen levels between males and females after a 90-minute run at 65% of V02 max. Glycogen depletion was 25% greater in the men relative to the women, suggesting that women tap more into fat as a fuel source relative to men at the same exercise intensity.

Now, you know five factors that impact the type of fuel your body prefers during exercise and by altering the intensity at which you work out and how you fuel up beforehand, you can subtly shift usage more toward one fuel source of the other.

5 Reasons You Need Carbs after a Workout