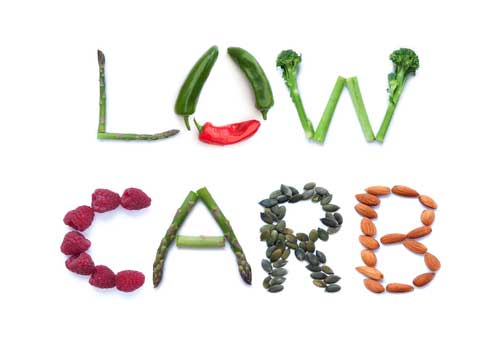 At one time a very low carbohydrate diet was trendy. Some of the more extreme low-carb diets restricted carbohydrate intake to as little as 20 grams a day. This is in contrast to The Dietary Guidelines for Americans that recommend getting half of your daily calories from carbs.

Although a low carbohydrate diet still has its share of followers, more people are choosing healthy carbs rather than eliminating carbs from their diet. In the fitness world, some people believe in restricting carbohydrates or fasting for hours before a workout, believing they’ll burn more fat and lose more weight as a result. How do very low-carb diets and fasting impact exercise performance?

How Your Body Fuels Exercise

Your body uses two main sources of fuel during exercise – fat and carbohydrates. Protein is used to a lesser degree and usually only during prolonged exercise when glycogen stores are depleted. The two forms of carbohydrate that fuel muscle contractions are glucose and glycogen. Muscle glycogen is a particularly important source of energy that muscles can tap into, especially during high-intensity exercise.

Where does glycogen come from? The carbohydrates you eat that your body doesn’t immediately use as an energy source are stored as glycogen. Glycogen is an energy reserve your muscles can access quickly to fuel exercise. If you had unlimited glycogen stores, you’d always have a source of glucose available to your muscles. Here’s the problem. You can only store so much glycogen since glycogen holds onto water. If you were able to produce large amounts of glycogen, you would be so heavy you’d have problems moving due to the combined weight of the glycogen and water. Your exercise performance would definitely suffer. As a result, your body can only store enough glycogen to fuel about 2 hours of vigorous exercise.

You have a secondary source of fuel for exercise and it’s available in almost unlimited quantities – fat. Amazingly, most people have a total of 50,000 to 60,000 kilocalories of energy stored inside all the fat cells in their body. Even your muscles store fat, also known as triglycerides, which they can access as fuel.  If fat is so abundant in most people’s bodies and can be used to fuel muscle contractions, why do you need carbohydrates anyway? Why not tap into the body’s largest fuel source, adipose tissue?

How Fat Falls Short as a Fuel Source

Despite its abundance, fat has its limitations as a source of fuel. That’s because fat can’t be converted into energy very quickly. Fat oxidation is a slower process compared to how fast glycogen can be turned into energy. This isn’t a big problem when you’re doing low to moderate intensity exercise. If you’re walking or jogging at a steady, slow pace, your muscles don’t need fuel that quickly. Intramuscular fat and body fat stores, even though they aren’t mobilized rapidly, can still meet the energy needs of your muscles.

Fat as a fuel source becomes limiting when you increase the intensity of your workout. If you pick up the pace and break into a sprint or do a high-intensity interval, fat can’t be mobilized quickly enough to supply energy to your hardworking muscles. Your muscles are dependent on stored glycogen during intense exercise. If you don’t have it, you have to slow down the intensity of your workout to the point where fat can accommodate the energy needs of your muscles.

As you become endurance trained, your body adapts by being able to convert fat into energy more quickly. As a result, endurance-trained athletes are able to conserve more glycogen and have the ability to exercise longer without experiencing fatigue.

If you do any form of high-intensity exercise like HiiT training, eating a very low carbohydrate diet or fasting before a workout limits your performance since you have to depend on fat as a fuel source and it can’t be mobilized quickly enough to keep up with the demands of your muscles. As a result, you’ll peter out quickly during vigorous exercise.

A Low Carbohydrate Diet and Fasting: Why Do People Work Out in a Carb-Depleted or Fasted State?

You’ll often hear people recommend doing cardio first thing in the morning when you’re in a fasted state and your glycogen stores are low. The purpose is to burn more fat. When you’re fasting and haven’t eaten carbohydrates in hours, your insulin level is low. When your insulin level is low, your body can more readily access and oxidize stored fat. When you’ve eaten a carb-laden meal before a workout, your body will preferentially use glucose and glycogen for fuel. With glucose and glycogen available, your body won’t need to burn as much fat. Eating carbohydrates within 4 hours of a workout reduces the use of fat as a fuel source during exercise. In other words, you burn less fat.

Based on this it would seem anyone who wants to lose weight would exercise in a carb-deprived or fasted state. The problem, again, is the limitations a very low-carb or fasted state places on performance. You’re limited in how intensely you can work out in a carb-depleted state without “hitting the wall.” When you do a high-intensity workout, your muscles scream for glycogen since stored fat can’t be used to make energy fast enough. When you’re able to work out at a higher intensity, you burn more total calories. Plus, you get the added hormonal effects triggered by high-intensity exercise that leads to much sought after after-burn. The after-burn increases your calorie expenditure for hours after your workout is over.

Don’t limit the carbs in your diet to the point you fatigue quickly during high-intensity exercise. Choose fiber-rich, unprocessed carbs that impact your blood sugar and insulin level less. Eating a balanced diet that includes carbohydrates will ensure your muscles have the glycogen stores they need to optimize your performance. Be carb smart!