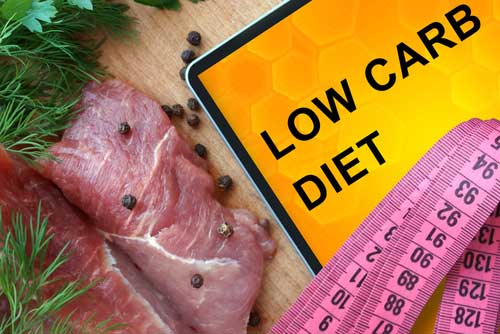 Carbs, in the form of stored glycogen, are the fuel source your muscles prefer. In addition, dietary carbohydrates are converted to glucose, which your brain uses to carry out its metabolic activities. In fact, your brain can’t use fat as a fuel source, although it can use ketones, derived from fat breakdown when glucose isn’t available. Plus, carbohydrates are protein sparing, meaning they help prevent protein breakdown.

During long periods of exercise when you don’t consume enough carbs, your body breaks down muscle protein and your body converts it to glucose through a process called gluconeogenesis. This helps ensure your brain and all the other cells in your body have enough glucose. Conventional wisdom says you should consume adequate carbs, especially after a workout, to replenish muscle and liver glycogen stores so you have enough fuel on hand for your next workout – but a new study called the age-old practice of eating a high-carb diet when you work out into question.

Participants in the study were 20 long-distance runners between the ages of 21 and 45. Ten of the runners ate a diet high in carbs with a dietary composition of 59% carbohydrates, 25% fat, and 14% protein. The second group of 10 runners ate a very low-carb diet, consisting of 10% carbs, 70% fat, and 19% protein – far lower in carbs than what a typical athlete eats. The athletes were otherwise similar in their physical characteristics, including how often they trained, how they performed, and their aerobic capacity.

To see what effect each diet had on fat burning, researchers used a method called indirect calorimetry. Basically, the athletes exercised while breathing through a mask that covered their mouth and nose. This allowed the researchers to calculate gas exchange – the concentration of oxygen and carbon dioxide in each breath. Using this information, they determined what percentage of each fuel source (carbohydrates or fat), the participants burned during exercise as well as total energy expenditure.

The results? The runners who ate the low-carb diet burned fat at a rate that was 2.3-times higher than the athletes eating a high-carb diet. What’s important to remember is the low-carb athletes in the study had eaten a very low-carb diet for six months or longer in preparation for the study. When you eat a diet this low in carbs (only 10%), it takes time for your system to adjust.

At a carbohydrate count this low, your body is forced to make ketone bodies to use as an alternative fuel source and you enter a state of nutritional ketosis. Most people when they begin a diet that low in carbohydrates feel tired, achy, and even flu-like for a few weeks, but over time, these symptoms usually subside as your body adapts to using ketone bodies as fuel. The process of adapting to a low-carb, ketogenic diet is called keto-adaptation.

Switching to a very-low-carb diet to burn more fat might sound like an effective way to incinerate more body fat and lose weight, but there are potential drawbacks to doing so. For one, exercising in a low-carb state can negatively impact your exercise performance. You might ask why that would be when it seems to work for long-distance endurance runners, at least based on one study. However, long-distance runners exercise at a moderate intensity – they don’t sprint, jump, or do ballistic movements that require them to tap into carbohydrates as fuel.

When you work out at a low to moderate intensity, your body primarily uses fat as a fuel source, but as you increase the intensity, for example, by adding sprints, your body uses a greater proportion of carbohydrates as a fuel source. Why is this a problem? On a very low-carb diet, your body is in a carbohydrate-depleted state with low muscle and liver glycogen stores.  Whereas your performance during moderate-intensity exercise may not suffer on a low-carb diet, if you do high-intensity exercise or exercise that involves strength or power moves, you’ll likely fatigue faster and see your performance go down the tubes.

Adaptation to a Low-Carb Diet

Some low-carb proponents believe your body becomes more efficient at using available glycogen when there’s less of it available. In other words, your muscles adapt to being carbohydrate deprived and you no longer experience the same decline in performance. However, the ability to adapt and become more efficient likely varies from individual to individual. Still irrespective of how well you adapt to getting only 10% carbs in your diet, you probably won’t have the same strength or power capabilities as you would if you ate a moderate or higher carb diet.

As you might expect a very, low-carbohydrate ketogenic diet isn’t ideal for building muscle either. In a low-carb state, you’ll likely be limited as to how much you can lift or how many reps you can do due to low muscle glycogen stores. Secondly, carbohydrates are anabolic. The reason you eat carbs and protein in a 3 to 1 ratio after a workout is to help your body replace glycogen AND to stimulate the release of insulin so amino acids can easily get into muscle cells where they can use them to build muscle. Finally, very, low-carbohydrate diets place stress on your body, especially in the early stages. At least one study showed low-carbohydrate diets increase the release of cortisol, a stress hormone that triggers muscle breakdown. That’s counterproductive to building lean body mass.

Not all research shows very low-carb diets interfere with strength and power capabilities. A study published in the Journal of Strength and Conditioning Research showed otherwise. In this study, 16 men and 15 women ate a diet consisting of 41% carbs, 23% protein, and 35% fat for 7 days. At the end of the 7 days, they used various tests to measure strength and power. After a washout period, they followed a very low-carb diet consisting of 6% carbs, 35% protein, and 54% fat for 7 days at which times the tests were repeated. This study showed no decline in strength and power capabilities on the low-carb diet. Plus, the participants lost weight. Keep in mind, they only followed a low-carb diet for 7 days in this study. It would have been interesting to see what happened over a longer period of time.

Adopting a low-carb diet may help with weight loss although some of the weight loss will be water weight. Plus, cutting back on carbs may increase the amount of fat you burn during moderate-intensity exercise yet it may be counterproductive for increasing strength, power, and muscle size. The solution? Choose healthy, fiber-rich, whole food sources of carbs like fruits, vegetables, and whole grains. A low-carb diet may work for runners who don’t do strength training and exercise at a moderate intensity, but it could limit your gains if you do strength or power training.  Be carb smart – not a carb restrictor.