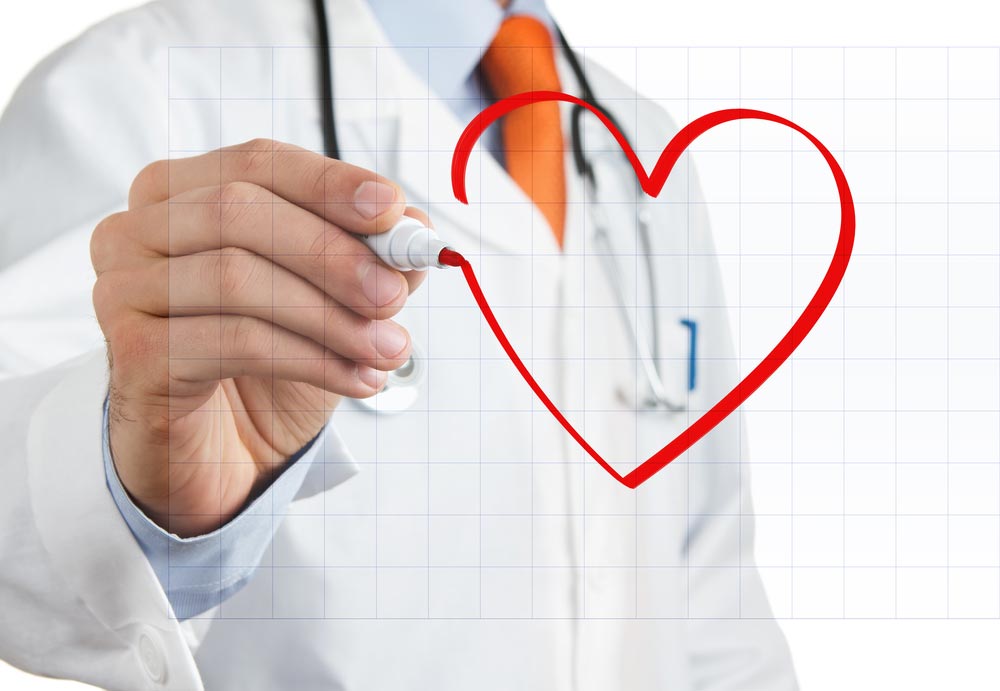 Have you ever drastically cut your calorie intake to lose weight? Hopefully not, as crash dieting is neither healthy nor sustainable. We know that excessive calorie restriction causes your metabolism to slow as your body senses an energy shortfall. But, there are other health risks linked with excessive calorie restriction. For one, taking this approach means you constantly fight hunger and, if you do it longer term, you risk nutritional deficiencies. Not surprising! It’s hard to get all of the nutrients you need when you’re eating a very low-calorie diet. But, could there be other risks and dangers? Now, a new study zeroes in on another danger associated with overzealous calorie cutting – it may be damaging to your heart.

Crash Dieting and Heart Health: What a New Study Shows

In a recent study, researchers used MRI imaging to look at the effects of crash dieting on a group of obese men and women. The participants followed a very low-calorie diet with an average calorie count of only 700 calories daily. Don’t try this at home! Before starting the diet, the participants underwent an MRI scan and the scan was repeated after eight weeks. They also had blood drawn to measure parameters like lipids and glucose.

The results? There were some benefits of the calorie-restricted diet. The participants lost body fat and triglycerides, total cholesterol, and blood glucose fell. MRI also showed a reduction in total body fat, deep abdominal fat, and liver fat. But, what was concerning is the impact the very low-calorie diet had on heart activity. After following a very, low-calorie diet for 8 weeks, the participants’ heart function worsened.

Why might this be? When you go on a crash diet you release fat from storage areas like your abdominal region and liver into your bloodstream. As these fats enter your blood, they travel to the heart. Your heart, in turn, takes them up and stores them as fatty tissue, much the same way other organs can store fat. So, your heart becomes more “fatty.” Unfortunately, this also impedes healthy heart function.

On the plus side, the declines in heart function, in the study, were temporary and function returned to normal. However, this temporary decline could be dangerous for people who have heart disease. For example, many people have undiagnosed heart disease and crash dieting may place enough strain on heart function to be risky.

The take-home message? It’s best to avoid drastically cutting your calorie intake, especially if you have health problems that predispose to heart diseases, like hypertension or diabetes. But, it’s also wise to avoid very low-calorie diets in general.

The impact of crash dieting on the heart isn’t the only reason to avoid it. Yes, aggressive calorie cutting can cause you to lose weight in the beginning. Drastically reducing your calorie intake is a shock to your body but your body is clever enough to respond to that shock by slowing your resting metabolic rate. The stress of such extreme calorie restriction typically boosts the production of cortisol by the adrenal cortex, one of two glands located just above your kidneys on either side. As cortisol rises, so does hunger and you crave more sugary, fatty foods.

Cortisol also has a catabolic effect on muscle. As it rises, you break down more lean body mass to supply glucose to your tissues. Liver cells can convert amino acids from muscle protein to glucose during periods of starvation. Longer term, this rise in cortisol causes redistribution of body fat and more fat ends up around your waist and tummy. Through excessive calorie restriction, you’re forcing your body to adapt in unhealthy ways. Higher levels of cortisol are linked with bone loss and reduced immune function as well.

Other Risks of Crash Dieting

If you cut your calorie intake and also exercise to burn calories, you run the risk of other metabolic derangements. You’ve probably heard of the athlete’s triad, a combination of undereating and over-exercising, most common among young women. The downsides of this disorder are an increased risk of infertility and bone loss. The stress of burning far more calories than you take in reduces estrogen, a hormone important for maintaining bone health.

Then there’s the issue of eating disorders. According to Psychology Today, crash dieting can trigger excessive hunger, which can set off a cycle of calorie restriction followed by binge eating. Around five million people already suffer from eating disorders and cutting calories drastically reinforce poor and even dangerous dieting habits.

What about the risk of nutritional deficiency? You may have heard of supervised weight loss programs that recommend diets of 800 calories or less to lose weight. But, with these programs, the participants are under close supervision and usually receive meal replacements and supplements. Even then, the programs last for only a short time, typically no more than 12 weeks. Still, the participants often complain of side effects, particularly fatigue and changes in bowel habits. Another risk of losing weight too fast is it can trigger gallstones in some individuals.

Skip the crash dieting and stick to sustainable lifestyle changes. If you modestly reduce calories by no more than 500 per day and upgrade the quality of what you eat – less sugar, processed carbs, and empty calories – the weight comes off more slowly, but you’ll also have a greater chance of keeping it off. Not only is crash dieting physically unhealthy, but it’s also harmful to your mental health.

If you don’t believe that crash dieting is bad for your heart, consider this. A young, British woman, following a 530-calorie per day diet, died suddenly from a heart attack. Researchers believe she had a “silent,” undiagnosed heart condition that caused her heart function to deteriorate after she started a crash diet.  So, lose weight the right way – upgrade the quality of what you eat, watch your portions, and don’t focus so much on calories. Combine it with exercise and you’ll be taking smart, sustainable steps to reaching your ideal body weight.

When You Lose Weight, How Much is Fat & How Much Muscle?

Is Your Metabolism “Damaged?”