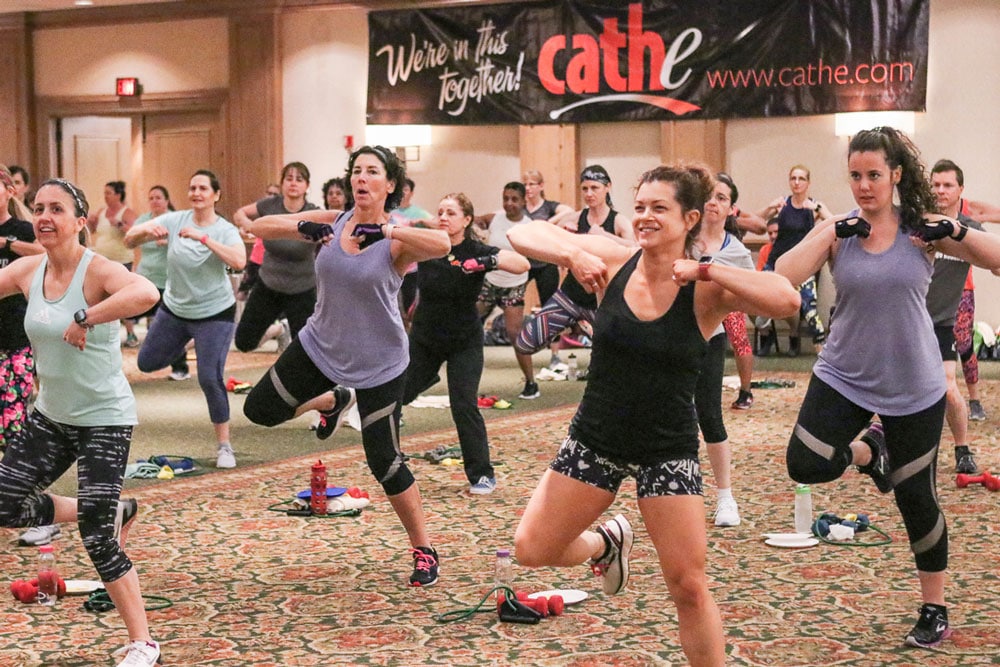 One of the benefits of exercise is it makes you feel good, not just longer term but after a single workout. Ever noticed that? Once you begin moving your body and the blood starts pumping to your brain and other organs, you feel energized! In fact, research shows movement is one of the best antidotes for fatigue and mental exhaustion. There’s a lot going on in your brain and nervous system too when you work out. Studies show exercise alters levels of neurotransmitters, like norepinephrine, dopamine, and serotonin, that positively impact mood.

In other words, exercise is a mood booster! Plus, exercise stimulates the release of calming, pain-relieving chemicals called endorphins. Some people say that endorphin release gives them a sense of euphoria. You’ve heard of the runner’s high? It’s the reason runners get addicted to running and endorphins seem to be responsible for some of those good feelings.

Endorphins are natural anesthetic compounds, meaning they reduce pain. In fact, endorphins are similar in structure to morphine and codeine. Your brain releases these chemicals during exercise, orgasm and when you’re in pain or under stress. In fact, prescription pain killers mimic the effects of endorphins and bind to the same receptors in the brain. We know that prescription pain medications can be addictive. What about endorphins? You may have heard people say they’re addicted to running or hooked on working out. Some experts believe the desire for endorphin release may explain why people get hooked on exercise.

What Type of Exercise Improves Mood the Most?

Speaking of exercise intensity, a study published in the journal Neuropsychopharmacology found that high-intensity exercise leads to a greater surge in endorphins and boost in mood. In the study, 22 healthy, male adults who did an hour of high-intensity interval training experienced a greater increase in endorphins than those who did a less intense workout. Endorphin release was monitored using positron emission tomography or PET. The greatest increase in endorphins was from areas of the brain involved in reward, the perception of pain, and mood. Another small study found that endorphin levels only rose substantially after participants exercised at 70% of their aerobic capacity (V02 max) or greater.

Other Mood-Boosting Benefits of Exercise

Studies link regular physical activity with a lower risk of depression. Some studies also show exercise reduces anxiety, and that hyped up feeling that goes with being “stressed out.” The release of endorphins explains some of the anti-depressant effects of exercise, but changes in other neurotransmitters likely play a role as well. Here’s the interesting part. Studies show exercise is more effective than many other commonly used therapies for depression, including cognitive therapy, meditation, and occupational therapy. Plus, exercise is a natural therapy with only positive side effects. The reason? It may be due to changes in the levels of key neurotransmitters that regulate mood, but exercise also has an anti-inflammatory effect. Some research links chronic depression with low-grade inflammation. Plus, working out boosts self-esteem and confidence.

In addition, studies show exercise improves sleep quality. In fact, a study found that insomnia was less common in people with higher levels of cardiorespiratory fitness. Workouts may improve sleep quality in several ways. For one, preliminary research suggests that exercise may help properly set the body’s internal biological clock.

When you’re feeling down or stressed out, a quick workout might be all you need to get back on track. As little as ten minutes of exercise is enough to send mood-boosting endorphins pouring into your bloodstream. High-intensity exercise is your best bet as it stimulates the greatest release of endorphins, but don’t overdo vigorous exercise. Too much without adequate recovery can have a negative impact on your mood. Keep your workouts balanced! Vary them too so you don’t become too repetitious in your training. It’ll help you avoid plateaus and repetitive stress injuries.

The Mood-Enhancing Benefits of Exercise: Why You Feel So Good After a Workout

What’s the Best Exercise for Anxiety?

The Negative Effects Stopping Exercise Has on Your Mood