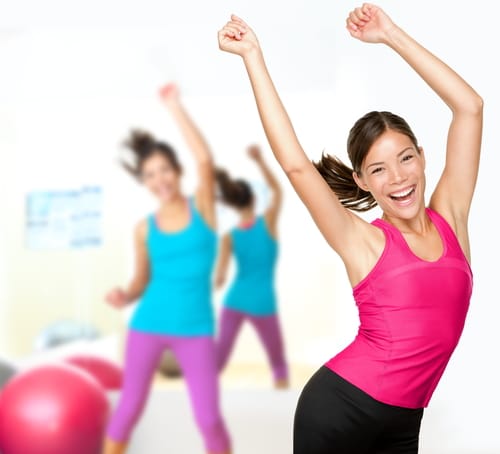 Ever notice how good you feel after you’ve finished your last set of squats or nailed the last set of push-ups? Despite the sweat pouring down your face and the feelings of exhaustion, you’re in a great mood. Even if you were feeling a little “blah” before starting to exercise, those feelings have vanished. Why do you feel so good after a workout?

For one, you’ve challenged yourself and succeeded. You could have found an excuse not to work out – but you didn’t, so you’re probably feeling pretty good about yourself. But that’s not the only reason. Research shows the benefits of exercise include mood-enhancing properties that go beyond the feeling of victory at having accomplished a task.

The Mood-Enhancing Benefits of Exercise

You’re probably familiar with “runner’s high,” the good feelings runners get when they go for a run. One theory is that exercises release endorphins, chemicals that have a morphine-like effect on the brain and create a sense of peace and well-being. These “feel-good” chemicals produced by your brain and spinal cord diminish the perception of pain. That comes in handy when you’re doing a tough workout.

The good news is you don’t have to run to get the mood-enhancing benefits of endorphins. Research shows they’re also released during other forms of higher intensity exercise. To get the release of endorphins, you have to work out at least 70% of your V02 max and or greater – and more intense is better. Ready for some high-intensity interval training?

It’s not just exercise-induced endorphins that make you feel good after a workout, exercises stimulate the release of another chemical called brain-derived neurotrophic factor or BDNF. BDNF has anti-depressant effects in animal studies and likely in humans too. In fact, BDNF has been proposed as a potential target for treating depression. When you exercise, you release more of this chemical naturally.

Some research even suggests that exercise is as effective as some prescription anti-depressants for treating depression. This isn’t surprising since exercise boosts levels of three key neurotransmitters that influence mood – serotonin, dopamine and norepinephrine, the same neurotransmitters that anti-depressants target. No wonder research shows people who exercise are less likely to suffer from depression.

BDNF has other brain health benefits as well. It supports stem cells in the brain, helping them produce new nerve cells and helps to protect existing nerve cells from damage. This is one theory as to why exercise protects against age-related cognitive changes – another benefit of exercise. Brain health and a better mood? Those sound like good reasons to exercise.

Beat the Winter Blues with Exercise

Do you feel down in the winter as the days grow shorter and there’s less sunlight? If so, you could have a mild seasonal affective disorder, a form of seasonal depression. Researchers believe this is caused by changes in your internal biological clock due to less light exposure. Exercise helps to offset the winter blues by boosting the release of endorphins and brain-derived neurotrophic factor that helps to stabilize mood.

Do the Mood-Enhancing Benefits of Exercise Explain Exercise Addiction?

Researchers have tried to link exercise addiction with endorphin release. If endorphins have morphine-like effects, they could explain why some people experience “exercise withdrawal” symptoms when they miss a few workouts. If that’s the case then exercise might very well be similar to a drug, albeit one with lots of health benefits and one you don’t need a prescription to get.

Other Reasons You Feel So Good After a Workout

Endorphins and BDNF don’t completely explain the good feeling you experience after a workout. These chemicals are mostly released during longer periods of higher intensity exercise. Studies show animals that do shorter periods of less intense exercise have more resistance to stress, so there may be other biochemical factors that contribute to those good feelings you get after a workout.

Working out offers other psychological benefits as well. Exercise gives you a greater sense of control over your environment and a sense of accomplishment. Think of how you feel when you’re able to do your first pull-up or curl more weight than you have before. It’s a good feeling. Strength and fitness are empowering and this can translate over into all parts of your life.

There’s no better therapy for a bad mood than an intense workout. Next time someone ruffles your feathers, don’t get mad, put in a DVD and do a work out instead – and replace those angry feelings with positive ones.