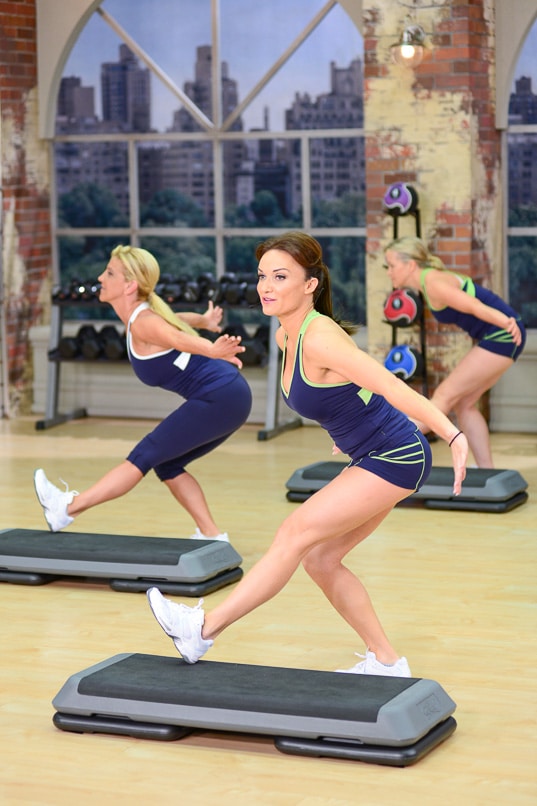 When you work out, your body’s energy requirements increase dramatically. Where does that energy come from? Muscle cells primarily use fat or carbohydrates to produce ATP, the energy currency of cells, through aerobic or anaerobic metabolism. As ATP is depleted, which happens rapidly during exercise, cells have to synthesize more.

Protein can also serve as a fuel source but your body usually doesn’t use more than about 5% protein as fuel except under conditions where carbohydrate stores have been depleted. This might occur during long periods of exercise when you’re not consuming enough carbs.

Have you ever wondered what factors determine which fuel source your body uses during exercise? The two main ones are exercise duration and exercise intensity.

Exercise Intensity and How It Affects Fuel Usage

Once creatine phosphate is depleted, cells turn mostly to carbohydrates and anaerobic glycolysis to produce ATP, at least until your body has had time to gear up to produce ATP through aerobic pathways. It takes a few minutes for this to happen and for your body to reach a steady state during exercise. Once it does, it begins to use mostly fat as fuel as long as exercise is at low or moderate intensity. By the time you’ve been exercising for about two minutes, your body is using about half fat through aerobic energy metabolism and about half carbohydrates as its fuel source.

If you’re doing a high-intensity workout, your body will continue to use a higher ratio of carbohydrates to fuel a workout even after the first few minutes because it can produce ATP more quickly using anaerobic pathways. Because your cells are producing ATP anaerobically, higher levels of lactate will be produced and lactate levels can build up.

Once exercise intensity decreases, lactate can be converted back to a molecule called pyruvate and used to make ATP through aerobic pathways again or converted to glucose by the liver.

As you can see, high-intensity exercise uses a higher ratio of carbohydrates to fat as fuel relative to a low or moderate intensity workout where fat is the primary fuel source. That’s why you can comfortably do low moderate-intensity exercise like a brisk walk or a slow jog for long periods of time without having to stop. Your body has an endless source of fat it can oxidize aerobically to use as fuel. Once triglyceride stores inside muscle cells are used up, your body mobilizes more fat from fat stores and sends it to your exercising muscles as fatty acids to be used as fuel.

As mentioned, during long periods of low to moderate intensity exercise, your body primarily taps into fat stores as fuel. Once muscle cells use stored fats as fuel, they turn to fat from adipose tissue. With fat, your muscle cells have an almost endless supply of fuel and as long as you keep the intensity low to moderate, you can exercise for long periods of time without becoming fatigued. If you increase the intensity, fuel use will shift to greater use of carbohydrates.

If you’re exercising at a slightly higher intensity for a longer duration, running at a marathon pace, about 50% fat and 50% carbohydrates will be used. At some point, after you’ve been exercising for hours, your body’s glycogen stores will be depleted and if you’re not consuming enough carbohydrates, your body will start to break down more protein to use as fuel. The amino acids can be sent to the liver and used to make glucose by a process called gluconeogenesis. This gives your body more glucose to maintain your blood sugar level and more ATP to use as energy but this comes at the price of breaking down muscle mass. That’s why it’s important to refuel with carbohydrates if you’ll be exercising for more than 90 minutes.

Exercise intensity and duration are the two main factors that determine whether your body uses primarily fats or carbohydrates to make ATP. As exercise intensity increases, cells use a higher ratio of carbohydrates to make ATP. In long duration, lower intensity exercise, fat is the primary fuel source, although some carbohydrates will be used too. During long periods of exercise or two hours or more where glycogen stores are depleted, your body can break down muscle to use the amino acids to make glucose. Whatever type of exercise you do, it’s important to fuel your workout.