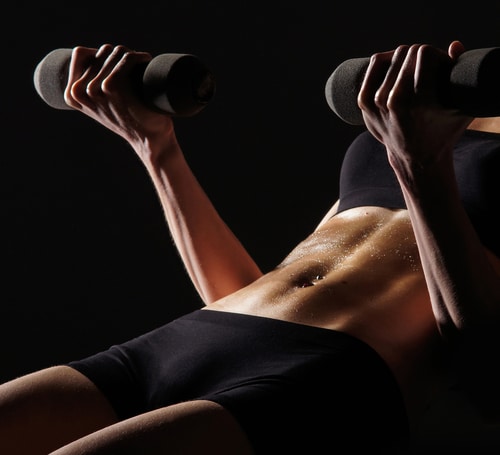 Exercising in warm weather is challenging. Whether you’re exercising indoors in a room that’s too hot or outside, heat makes the experience more unpleasant. The real question is how does heat affect your workout? Why are workouts in the heat more challenging and will the heat cause you to fatigue faster?

How Your Brain Responds to Exercising in the Heat

When you exercise in a hot environment, receptors on your skin detect an increase in temperature and send a signal to the hypothalamus. When the hypothalamus gets the message, it initiates a series of events to help maintain core body temperature. The way it does this is by activating sweat glands and dilating blood vessels to help release heat. Blood flow also increases to the surface of the skin to help release heat.

Exercise Performance in Hot Environments: Does Heat Cause You to Fatigue More Quickly?

Exercising in hot weather poses challenges from a heat control standpoint but how does it impact performance? Not surprisingly, you become fatigued earlier when you’re exercising in a hot environment. Why might this be?

One theory is when your hypothalamus senses a temperature rise, after being alerted by feedback from skin receptors, it sends less nerve stimulation to your muscles to contract so fewer motor units are activated. At the same time, your perception of how hard you’re working goes up. There’s more “perceived effort” and you’re likely to consciously reduce your exercise intensity.

Another theory is that when you exercise in the heat, your muscles produce more free radicals and these free radicals contribute to muscle fatigue. Some research also shows that glycogen stores are depleted more rapidly when you work out in a hot environment. When muscle glycogen levels drop, fatigue sets in.

Likely, it’s a combination of a number of factors – both central feedback from the hypothalamus and peripheral influences like free radicals that cause you to fatigue more quickly in the heat.

When Does Temperature Become a Limiting Factor?

Interestingly, research shows that most athletes become exhausted and have to stop at a core body temperature of just below 40 degrees centigrade. This temperature is lower in untrained people who exercise in the heat. This may be a protective mechanism since heat stroke typically occurs at around 42 degrees centigrade. If you’ve been exercising in heat for several weeks and your body has become heat acclimated, it’ll take you longer to reach this core body temperature since your body is better at releasing heat, so you’ll be able to exercise longer in the heat without being limited by fatigue relative to someone who isn’t heat acclimated.

How Does Exercising in the Heat Affect Your Heart?

As your body diverts more blood flow to your skin to release heat, the amount of blood your heart pumps with each beat (stroke volume) goes down. At the same time, your heart rate goes up to compensate for the decrease in stroke volume. Since muscles need more blood flow during exercise and so does your skin, the two are essentially in competition with each other. This puts a greater demand on your heart to meet the needs to both skin and muscle. At some point, the demands become so high that not enough blood flow reaches the skin and heat can’t be released as readily. At this point, your body temperature can rise to the point where heat stroke occurs.

Tips for Exercising in the Heat

Hydrate, hydrate, hydrate. Performance declines once you’re 3% dehydrated. Water is fine if you’re exercising for less than an hour. An electrolyte-rich drink is best for longer periods of exercise.

Exercise during the coolest time of day. Avoid working out in a hot environment that’s also humid whenever possible. First thing in the morning is usually when it’s coolest.

Wear light-weight clothing that’s light in color that “breathes” so your body can more readily release heat. Save the tight spandex for cooler days.

Give your body about 2 weeks to acclimate to exercising in the heat. Until then, reduce the intensity of your workout and take frequent breaks. Once your body has acclimated to the heat, you’ll begin sweating sooner and more profusely, making it easier to release heat. Plus, plasma volume, the portion of your blood made up of water and proteins, increases and this helps your heart maintain a higher stroke volume. Once you’re acclimated, you also lose fewer electrolytes like sodium and potassium when you sweat.

Heat has a definite impact on exercise performance. In general, you’ll fatigue earlier, especially if you aren’t acclimated. Take it a little easier when you’re exercising in a hot or humid environment. Push fluids even if you’re not thirsty and dress lightly. Fortunately, your body has the ability to acclimate to exercising in the heat and you won’t overheat as quickly once it does.

Is Exercising in the Heat Less Effective?