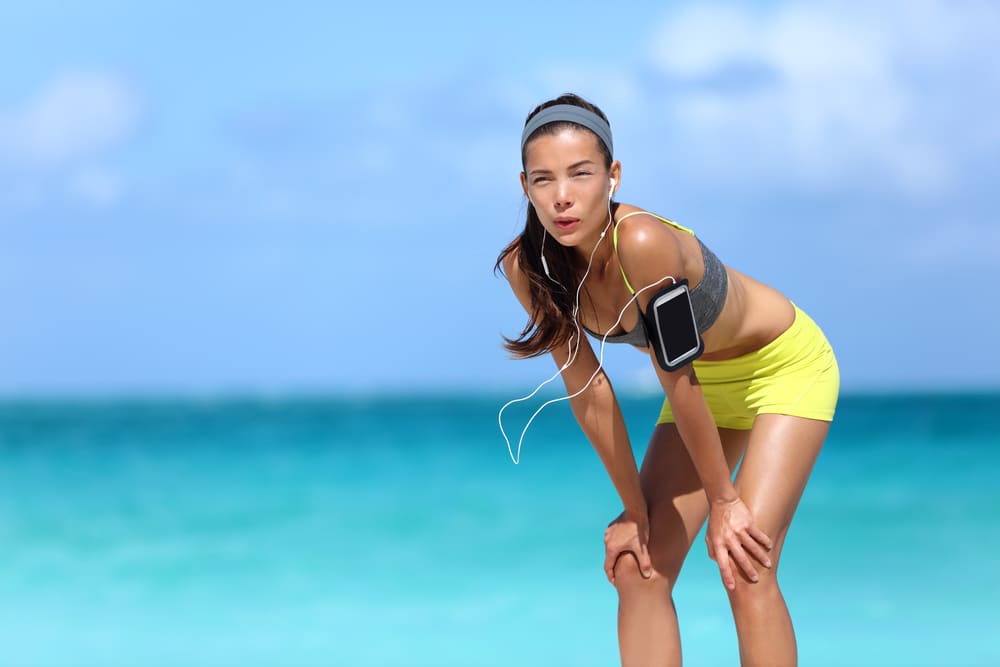 When you work out in a hot room or outdoors in the heat, you feel like you’re working hard, right? You might think since you’re sucking wind and sweating profusely that you’re getting more benefits from your workout than when you exercise in a cooler environment. However, new research from the University of Nebraska at Omaha suggests otherwise. Based on their research, exercising in the heat may actually reduce the effectiveness of your workout, at least at the cellular level.

Exercising in the Heat

If you were to run a marathon in the summer, you’d probably do some of your training in the heat to ensure that your body is adapted to exercising in a hot, humid environment. Yet, doing an aerobic workout in the heat may actually interfere with some of your fitness gains.

Before and after the hour-long jaunt, the researchers took muscle samples via biopsy from the participants and again three or four hours after they had recovered. What they found was the participants who worked out in the heat didn’t experience the same beneficial changes to the energy powerhouses of cells, the mitochondria, relative to those who exercised in the cooler environments. The results won’t be finalized for another 18 months, but the researchers believe, based on what they know now, mitochondrial adaptations to exercise were reduced by exercising in the heat.

Why is this important? Mitochondria are the tiny organelles inside cells that convert the macronutrients you take in from food into ATP, the energy currency of cells. Mitochondrial function is limited by the availability of oxygen. These cellular energy factories can’t make ATP if oxygen is limited, such as during high-intensity exercise. During times when oxygen delivery is low, cells become more dependent on anaerobic pathways for energy production and lactic acid builds up.

A Benefit of Exercising in the Heat

While it’s not clear whether muscle mitochondria get the same benefits at the cellular level short term when you work out in a hot environment, the heat acclimation that comes from such workouts can help your performance in cooler environment. Studies show that the stress of training in the heat can enhance your exercise performance when you work out in a cool setting. It takes about two weeks of exercising in the heat for your body to adapt to the stress of heat training. One way your body adapts is by producing more circulating plasma.

Plasma is the liquid portion of your blood, the component that contains antibodies, proteins, and salts. When you have more plasma in your bloodstream, the extra liquid helps with body temperature regulation. So, you cool down easier as your muscles and tissues have access to more fluid to carry that heat to the surface so you can release it. Athletes that train in the heat perform better aerobically and generate more aerobic power when they exercise in a cooler environment. That’s because their bodies become heat adapted and have extra plasma in their bloodstream to deliver heat to the surface of the skin to be released.

Training in the Heat Requires Caution

Training in a hot, humid environment also helps develop mental toughness that can help you perform better in a cooler setting. However, training in a hot, sticky environment can be dangerous if you don’t replenish lost fluids consistently. If you’re exercising for longer than 90 minutes, you’ll need an electrolyte-rich beverage that also contains carbohydrates to help you safely stay in the game.

Another thing to know about exercising in the heat is that you use a higher ratio of carbohydrates (in the form of glycogen) as fuel relative to fat. That means your muscle glycogen stores will be depleted more quickly and your performance can decline due to that. That’s why you should consume more carbs if you’re exercising in a hot environment.

You also tire more quickly when you exercise in the heat. No surprise here! One reason is more rapid depletion of glycogen stores but a fatigue message also comes from the brain. The hypothalamus in your brain monitors the temperature closely. When it senses a rise in body temperature, it sends less nerve stimulation to the muscles that are contracting. As a result, the stimulus for muscles to contract is reduced and you slow down. Exercise simply feels harder when it’s hot outside.

Exercising in the heat has its challenges and, as this new study suggests, you may not get the same mitochondrial adaptations, at least not initially, that you do when you work out in cooler temperatures. However, you will get adaptations after a few weeks that make exercise more tolerable in a warm environment. If you do work out in the heat, make rehydration a priority and up your carb intake a bit to compensate for the greater use of glycogen stores, especially if you’re exercising at a relatively high intensity.

Health.com. “Why Exercising in the Heat May Be Less Effective Than You Think”

When is the Best Time of Day to Strength Train?

Does Exercising in the Evening Make It Harder to Sleep?