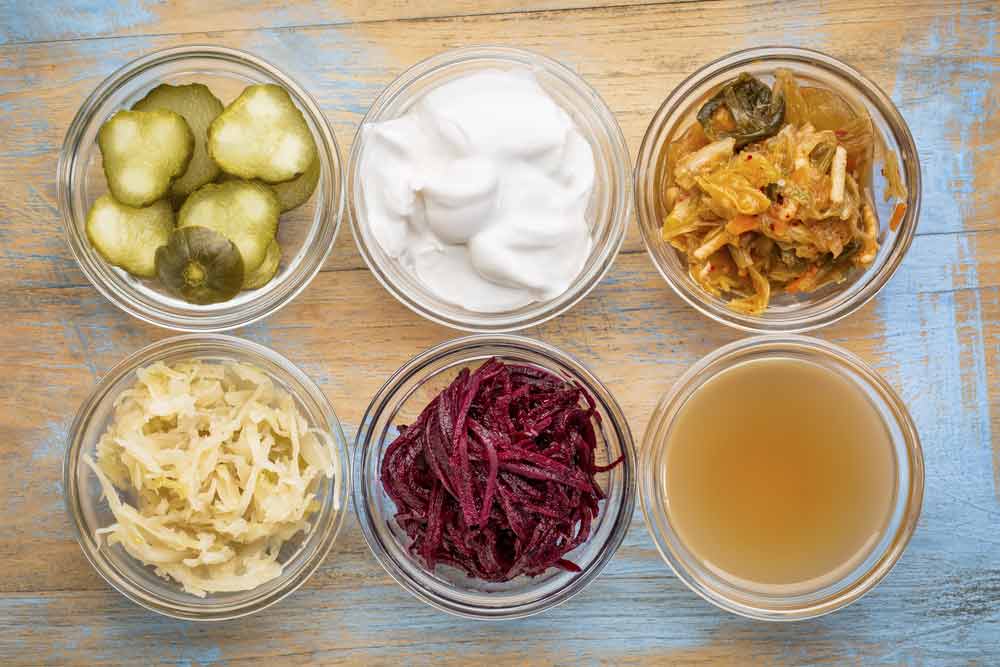 Probiotics are what is commonly referred to as “good bacteria.” Unlike bacteria that cause infection, probiotic bacteria help build a healthier digestive tract. How so? These bacteria aid in the absorption of some nutrients and even produce some vitamins, including biotin and vitamin K. These desirable bacteria are also linked with a more balanced immune response. In fact, research suggests that they help keep inflammation in check when they’re present in sufficient numbers. Plus, these friendly bacteria release chemicals that suppress the growth of pathogenic bacteria, thereby helping to keep “bad guys” out of the gut neighborhood. So, probiotic bacteria play a number of roles in the gut.

Probiotic bacteria and their potential benefits will likely be the focus of copious research for many years to come because of the probable role they play in health and wellness. One area where probiotics show some potential is for exercise recovery. After a challenging high-intensity interval routine or a tough strength-training session, you need to help your body recover. How do you do this? Most likely, you hydrate and eat a meal or snack, but should you be taking probiotics as well?

A study published in Nutraceutical World looked at the possibility that probiotics aid in exercise recovery. The study was carried out by researchers at Texas Christian University, Ft. Worth, TX, and Biolab Research S.r.l. in Novara, Italy. Although the study was small, it was the highest quality type of research, a randomized, double-blind, placebo-controlled study.

After taking the supplement or placebo for 21 days, both groups did elbow flexion exercises at an intensity great enough to cause significant muscle damage. Before and after the sessions, they measured levels of an inflammatory marker called IL-6 or interleukin 6. IL-6 is a marker of inflammation. The results? IL-6 was lower in the group that took the probiotic, showing a reduction in inflammation. Plus, the participants that took the probiotic supplement experienced less decline in muscle performance after their strenuous training session. In other words, their muscles retained more strength after a muscle-damaging workout relative to those who took the placebo.

These results raise the possibility that certain strains of probiotics may reduce muscle-related inflammation after a strenuous workout and aid in exercise recovery. We already know that our microbiome, the population of gut bacteria that live in our gut, influences inflammation, so it’s not surprising that it reigns in the inflammatory reaction to a bout of tough exercise. When you do an intense workout, it places enough stress on your body to transiently turn on your immune system and trigger inflammation. However, regular physical activity seems to reduce inflammation over a longer time period.

Based on these findings, you might be tempted to grab a bottle of probiotics and take them each day to aid in exercise recovery. Unfortunately, it’s a bit premature to take a supplement. It’s not clear what strains are optimal for suppressing inflammation. Plus, the probiotic supplements that are out there suffer from problems related to quality control. Some may not contain enough viable bacteria. In addition, independent tests of probiotic supplements show that some don’t contain the number of active bacteria that it states on the label. So, you may not be getting what you pay for.

Other Fitness Benefits of Probiotics

Another benefit that probiotics may offer athletes is protection against cold and flu viruses. In one study, athletes that took a probiotic supplement developed half the number of colds. This would be especially helpful for athletes that take part in long periods of endurance training, like long-distance runners. Long periods of exercise can suppress the body’s natural defenses against infection.

We know that our gut microbiome plays a role in keeping us healthy and there’s some evidence that certain strains of probiotic bacteria may reduce the inflammatory response to exercise. Whether or not that’s a positive if you’re trying to build muscle is unclear. In fact, a little inflammation may be necessary to tell muscles to grow. We also don’t know what strains of probiotic bacteria are optimal. At this point, you might best be served by getting probiotics naturally from fermented foods, like yogurt, kefir, and fermented vegetables rather than taking a probiotic supplement. You also get prebiotics, the fiber that probiotic bacteria feed on when you consume fermented vegetables. If you do decide to take a supplement, research it carefully and buy from a reputable company.

Work Out Hard? Here Are 3 Reasons Why You Need More Probiotics in Your Diet

Can Exercise Change Your Gut Microbiome?