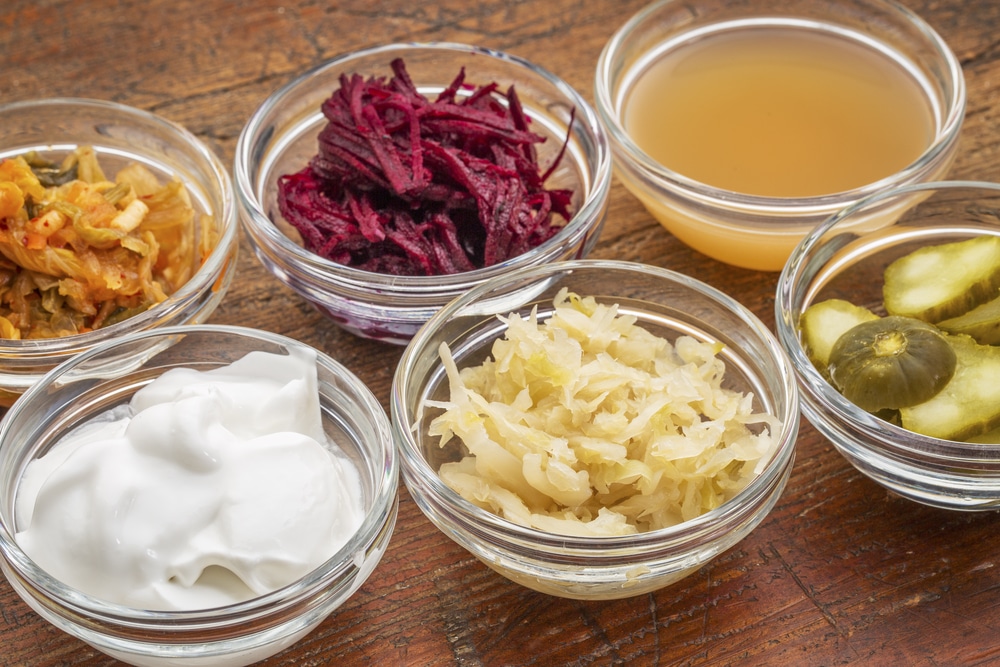 Probiotics, often referred to as “good bacteria,” are a hot topic these days. Store shelves are lined with bottles of these “good bacteria” packaged into a form for you can easily swallow. Why so much talk about bacteria? Your gut is teaming with them. In fact, there are over 400 different species of bacteria lining every nook and cranny of your intestinal tract. What’s more, there’s growing evidence that these bacteria play a role in everything from digestive health to how your immune system functions. Surprisingly, 70% of your immune system is in your gut.

No doubt, the gut bacteria that inhabit your gut, your so-called microbiome, is important. However, as with most things related to health, supplement manufacturers, the media, and even some health professionals have capitalized on the “good gut bacteria” craze by recommending the daily use of probiotic supplements. Should you jump on the probiotic supplement bandwagon too?

The Evidence for Probiotics to Date

Although gut bacteria play a role in digestive and immune health, it’s a leap of faith to say that supplementing with probiotics offers proven health benefits for healthy people. This is especially true for people who don’t have specific health issues, like digestive problems that are believed to respond to probiotics.

For one, it’s not clear what bacteria you SHOULD be getting when you take a probiotic supplement. When you consider how many strains of bacteria live in your gut, what’s the likelihood that a particular supplement contains the right strains? It’s also possible that the right strains for you might not be the same as the best strains for someone else. Could personalized probiotics be in the future?

The evidence, so far, suggests that a more diverse population of gut bacteria is best for health. However, probiotic supplement makers often grow and bottle strains of bacteria that are easiest for them to produce. It’s not clear whether these are the species of bacteria that offer the most benefits.

On the plus side, the gut microbiome does seem to be influenced by the type of diet you eat and when you change your diet, the composition of your gut microbiome changes quickly in response, in as little as a few days, especially with drastic dietary changes, such as switching from an animal-based diet to a plant-based one.

Diet alters the composition of the microbiome quickly, but there’s less documented evidence that probiotic supplements do the same. So, the best approach is to get your probiotics from food sources rather than supplements. The classic example of fermented food that people in Western countries eat is yogurt. However, consuming a single container of yogurt a day to keep your gut microbiome may suffer from some of the same problems as taking probiotics – there may not be enough of the right bacteria to have an impact on the gut bacteria that are already there.

The best approach, based on what we know, is to eat a diversity of probiotic-rich foods. Along with yogurt, enjoy a serving of fermented vegetables each day. The fermented vegetable you’re probably most familiar with is fermented cabbage or sauerkraut, but almost any vegetable can be fermented. It’s also important to create an environment that nourishes healthy gut bacteria. The way to foster the right conditions is to eat prebiotic-rich foods as well. Prebiotics are fiber-rich foods that your intestinal tract can’t readily absorb. Instead, they pass into your large intestines where they’re eagerly devoured by gut bacteria.

As mentioned prebiotics are foods that contain fiber that supports the growth and well-being of healthy gut bacteria. However, prebiotics are a particular type of fiber called oligosaccharides. These oligosaccharides are taken up by bacteria in the gut and used as fuel. When you consume prebiotic-rich food, you’re serving your gut bacteria the food they need to stay around and do the good things that probiotic bacteria do, mainly support digestive health and, most likely, immune health as well. Probiotics and prebiotics are synergistic when it comes to your health, it’s best to get both. You can do that by eating fermented vegetables since they’re a good source of fiber as well as probiotics.

Other foods that are rich in oligosaccharides and act as prebiotics include raw garlic, unripe bananas, plantains, raw leeks, raw dandelion greens, raw chicory root, and more. Adding more plant-based foods to your diet, in general, supports the health of your microbiome.

For the average, healthy person, based on what we now know, it’s best to eat probiotic and prebiotic-rich foods as opposed to taking a probiotic supplement. There are studies showing particular strains of bacteria may help people with certain health conditions, like irritable bowel syndrome or inflammatory bowel. In such situations, a specific probiotic supplement might be warranted. However, at this point, quality control of probiotic supplement is lacking. When you buy a probiotic supplement, you may get only a fraction of the bacteria listed on the container. You’ll ultimately get a greater diversity of bacteria and greater numbers by eating fermented foods a few times a week – and when you choose fermented vegetables, like fresh sauerkraut, you get prebiotics too.

There’s still more to learn about the microbiome and about the role the gut bacteria that reside there play in health. For now, probiotic and prebiotic-rich foods are your best choice – so be sure to eat them often!