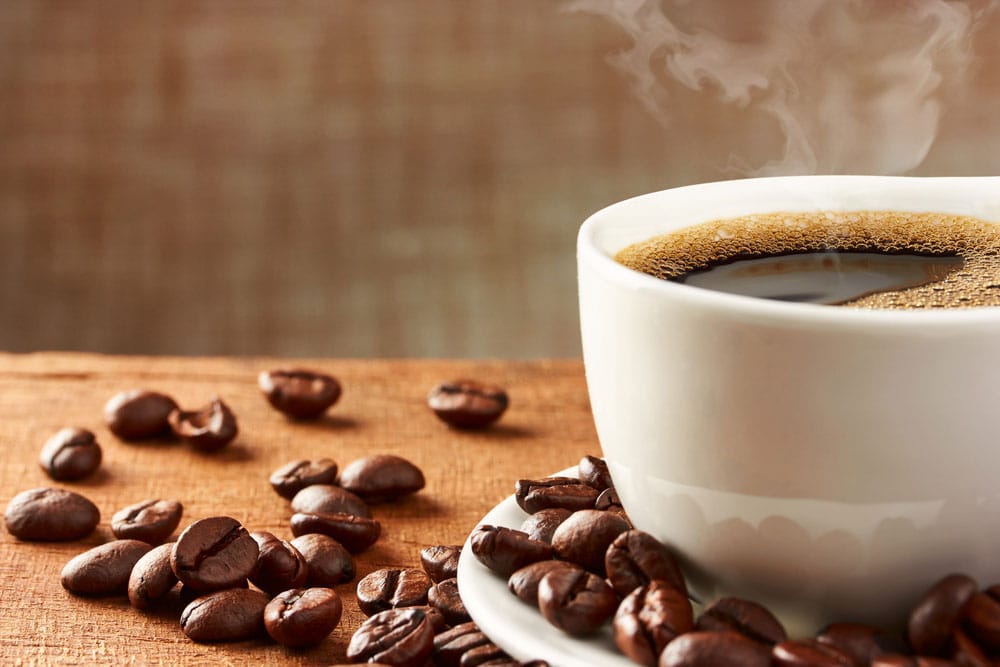 It’s the world’s most popular stimulant. Many people wake up to a hot cup of coffee and consume caffeine in one form or other several times daily. It’s hard to avoid! Caffeine is in tea, coffee, soft drinks, energy drinks, and even certain medications. We live in a caffeinated world!

Some caffeinated beverages, including coffee and tea, have health benefits, but soft drinks and energy drinks, not so much. It’s not just the caffeine in energy drinks that’s a problem. These beverages contain other stimulants that may have a synergistic effect with the caffeine, creating too much stimulation. In fact, some research links energy drinks with irregular heart rhythms, heart attack, and sudden death.

Despite the availability of other caffeinated beverages, the love affair with coffee is the strongest. Why else would there be a Starbucks on every corner? Studies show that caffeine has a stimulating effect that can boost focus and even enhance brain function. It also elevates the mood.

Plus, studies link regular coffee consumption with a lower risk of some health problems, including type 2 diabetes, liver disease, and depression. Caffeine also modestly boosts exercise performance, for sub-maximal, endurance exercise, although there is some evidence that it boosts performance during anaerobic exercise such as sprinting.

The response to caffeine varies from person to person and depends on how accustomed an individual is to consuming it. If you’re a regular caffeine consumer, your brain adapts to the stimulating effects of caffeine and you have to consume more to get the same degree of activation.

You might also wonder what the possible downsides are to indulging in a caffeine habit. Are there risks to caffeine consumption for some people?

The Impact of Caffeine on Blood Pressure

One way to determine whether caffeine spikes your blood pressure is to check your blood pressure before drinking a cup of coffee and again 30 minutes after drinking it.  Recheck it again 2 hours later. If it increases by more than 5 mmHg, limit the amount of caffeine you consume to one cup per day. Although caffeine can raise blood pressure short-term, it doesn’t appear to boost the risk of developing hypertension longer term.

Caffeine can stimulate the bowels and cause diarrhea in some people. Plus, it can worsen the symptoms of acid reflux in people who suffer from this common condition. Worsening of acid reflux is partially related to coffee’s acidity, although some people are sensitive to the tannins in coffee. Tannins can boost acid production by the stomach. If you suffer from acid reflux, dark roast is the best choice as it contains higher levels of a compound called NMP that blocks acid production by stomach cells. Therefore, you’re less likely to have acid reflux. However, it may be best to avoid coffee if you have frequent acid reflux or heartburn.

If you have open-angle glaucoma, pass on the coffee. Studies show that caffeine can raise pressure behind the eye in those with glaucoma. However, it doesn’t appear to boost pressure in individuals without glaucoma.

Have you ever drank a cup of coffee before bedtime and discovered your thoughts were racing and sleep was impossible? Caffeine is activating, so it’s not surprising that it causes insomnia for some people. Even if coffee makes you toss and turn when you first start to drink it, your body adapts to caffeine. Therefore, insomnia may become less of an issue, even if you consume it later in the day if you drink it regularly. But if caffeine keeps you awake, don’t consume it within 7 hours of bedtime.

Effects on the Heart

Studies show that slow metabolizers of caffeine are more prone to developing side effects from caffeinated coffee if they drink too much. Some people have a variant of a gene called the CYP1A2 gene that metabolizes caffeine. This variant slows the rate at which these individuals clear caffeine from their bodies. Since caffeine stays in the body longer, the risk of side effects, like insomnia and anxiety is higher. Plus, some studies suggest that slow metabolizers of caffeine are at a higher risk of heart attack & irregular heart rhythms if they overconsume caffeine. You can find out if you’re a slow metabolizer through genetic testing. If you are, stick to only two cups of coffee daily.

Caffeine affects everyone differently, based on how they metabolize it, whether they drink it every day, and whether they have other health problems, like hypertension or acid reflux. For some, two cups of coffee can trigger anxiety, raise, blood pressure, or cause insomnia while others can drink 3 or 4 cups without ill effects.

The U.S. National Academies of Science recommends that adults limit caffeine to 400 milligrams or less daily. However, if you metabolize caffeine slowly, less than this may cause problems. Use this as a guideline, knowing that your response may be different.