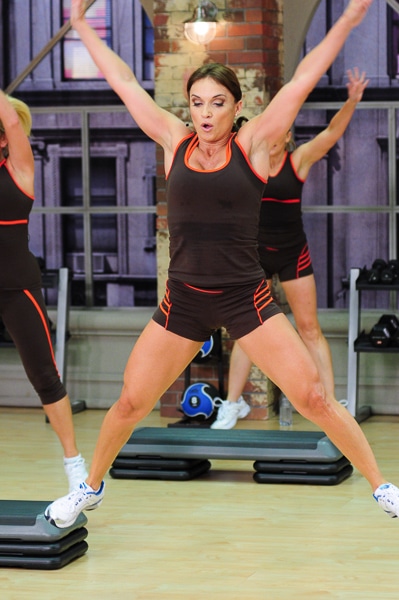 In a study published in the Journal of Applied Physiology, participants that consumed caffeine (9 mg of caffeine per pound of body weight) were able to run at 85% of their V02 max longer compared to those that took a placebo.

How does caffeine increase endurance? Caffeine increases epinephrine levels during exercise. When epinephrine levels increase, your body mobilizes more fat to be used for fuel. This spares muscle glycogen so muscles have more glycogen stores available to sustain exercise. This prolongs time to fatigue. If you’re a runner or cycler, sipping caffeinated coffee beforehand may increase your endurance – but be prepared! You may have to stop more frequently to “relieve yourself” more due to the diuretic effects of caffeine.

Another way caffeine seems to improve performance during high-intensity exercise is by blocking adenosine receptors in the brain that promote relaxation. By blocking these receptors caffeine has an activating effect, increasing alertness and reaction time. This works in your favor if you’re doing a vigorous workout.

Caffeine and Exercise: Should You Consume Caffeine Before a High-Intensity Workout?

There are some potential drawbacks to sipping caffeinated coffee before a high-intensity workout. A study published in the American College of Cardiology showed as little as two cups of caffeinated coffee prior to exercise reduce blood flow to the heart during exercise by 22%. A reduction in blood flow and oxygen could lead to lightheadedness or dizziness and may pose problems for people with heart disease or hypertension.

How Much Caffeine Do You Need to Boost Exercise Performance?

Caffeine isn’t for everyone. Everyone responds to it a little differently to it. Caffeine can cause nervousness and anxiety, especially if you aren’t accustomed to drinking it. Research also suggests you get the most benefits if you’re a trained athlete who doesn’t regularly drink caffeine.

Some people appear to be exquisitely sensitive to even small amounts of caffeine. This is more common in older people, women and those with a low body weight. In addition, certain medications can amplify the effects of caffeine. If you have certain medical conditions like high blood pressure, heart disease or an overactive thyroid, it’s best to avoid caffeine entirely

Caffeine does appear to increase exercise endurance during longer periods of exercise but how effective it is at increasing performance with short-term, high-intensity exercise is less certain. It increases the force of muscle contractions and boosts alertness, both of which should be of benefit. Balance this with the side effects of consuming caffeine when deciding whether it’s right for you. Most importantly, make sure you’re not carb-depleted before high-intensity exercise. That’ll definitely make your workout more challenging.

New Research Shows How High-Intensity Exercise Helps You Get Fitter

2 thoughts on “How Does Caffeine Affect High-Intensity Exercise Performance?”