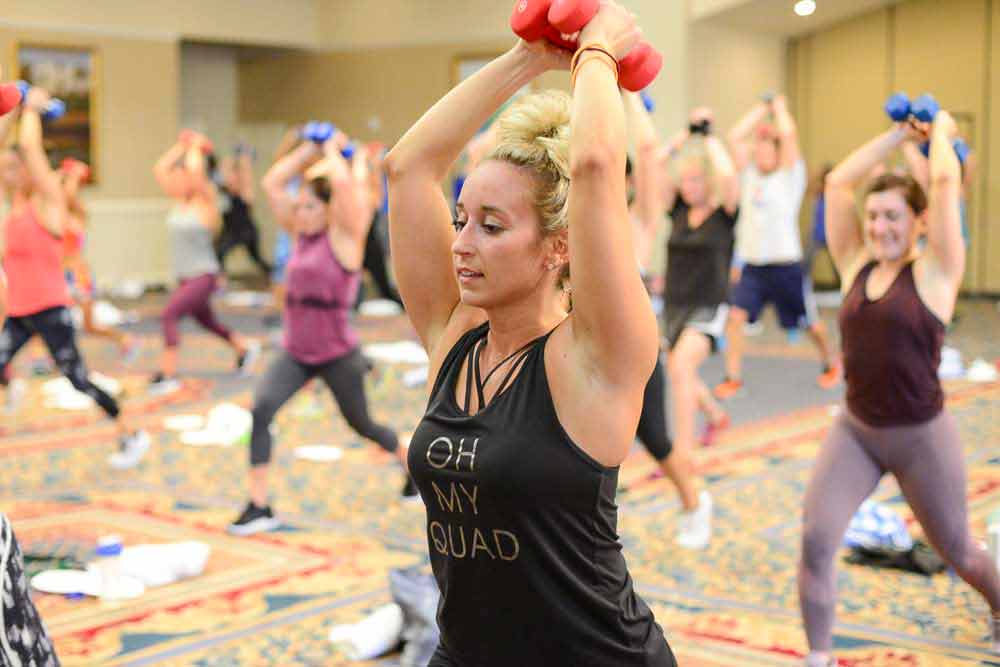 Do you enjoy a cup of coffee first thing in the morning? For some people, the day doesn’t begin until they’ve had their first cup of steaming java with a touch of milk or cream. We know that coffee boosts alertness and that’s something we can appreciate, especially on a Monday morning! However, many athletes also drink coffee before a workout and some of the more hardcore ones take a caffeine supplement. The hope is that consuming coffee will boost athletic performance – and there is substantial evidence to support this idea.

Coffee Before a Workout and Athletic Performance

Just how does coffee boost sports performance? If you do endurance exercise, coffee may improve your performance based on a growing body of research. However, some studies looking at the benefits used caffeine in supplement form. Does drinking actual coffee offer the same benefits? Most studies suggest that it does but the amount you need to drink is substantial, depending on the study anywhere from four to eight cups, depending on the study. If you’re prone towards anxiety, that’s likely too much for you to comfortably consume unless you’re a habitual consumer and are already tolerant to its effects.

Furthermore, whether you get substantial benefits from consuming coffee before a workout depends on what type of exercise you’re doing. While caffeine boosts performance in endurance activities and reduces fatigue and perception of effort, the results for activities that anaerobic energy systems, like sprinting and power exercise, is less impressive. The greatest benefits seem to come from sub-maximal exercise. For example, if you’re running a 10K consuming caffeinated coffee beforehand may give you an edge.

How Does Coffee Before a Workout Boost Endurance Exercise Performance?

Caffeine may exert its benefits in two ways. One, it’s a central nervous system stimulant. As such, it acts centrally to enhance alertness and performance drive. It also likely acts peripherally. When you take in a dose of caffeine, it increases the breakdown of fats to fatty acids. These fatty acids enter the bloodstream where muscles can use them as fuel to supply the constant demand of muscle cells for ATP. When muscles can use fatty acids, it helps preserve muscle glycogen stores, thereby allowing you to exercise longer.

When’s the Best Time to Consume Coffee Before a Workout?

What if you’re running a 10K and would like to drink coffee for performance benefits? When should you drink it? It takes caffeine from coffee about an hour to get into your system and exert its activating effects. So, an hour before a race is good timing. How much do you need? Studies show that 6 milligrams per kilogram of body weight is sufficient to offer benefits. Some studies even suggest that only 3 milligrams per kilogram of body weight offer some benefit. For the average person, that’s only 1 or 2 cups of coffee. That’s substantially less than the 4 to 8 cups recommended by some studies.

Is There Tolerance to the Effects of Caffeine?

You might wonder whether you’ll continue to get performance benefits if you consume caffeine on a daily basis. You do develop tolerance to the activating effects of caffeine if you’re a habitual coffee drinker and that likely means that you lose some of the performance advantages if you drink it daily. It might be best to stagger your coffee intake and not drink it consistently day after day.

Caffeine May Aid Muscle Recovery Too

Are there other benefits to consuming caffeine after a workout? One study found that drinking coffee with a high-carb recovery snack boosted muscle recovery. In fact, people who sipped coffee with their carby, post-workout snack had 66% more muscle glycogen four hours after their workout relative to those who only ate a snack.

Another study found that consuming caffeine equivalent to 5 milligrams per kilogram of body weight decreased delayed-onset muscle soreness after eccentric exercise, the kind most strongly linked with post-workout muscle pain and soreness. So, sipping coffee before a strength-training workout may reduce soreness. While there’s no definite evidence that caffeine boosts muscle strength and power, one study did find that participants who consumed caffeine fatigued less quickly when doing chest presses.

One thing to remember about caffeine and exercise performance, we all handle caffeine differently. Up to 25% of the population has a variant of one of the genes that break down caffeine, called CYP1A2. If you have two copies of this gene variant, you metabolize caffeine much slower than “fast” caffeine metabolizers. In fact, studies suggest that slow caffeine metabolizers are at higher risk of serious side effects from caffeine, including an irregular heart rhythm or even a heart attack, when consuming more than a few cups daily. You can get a genetic test to find out whether you’re a slow or fast caffeine metabolizer. Studies suggest that it’s fast metabolizers who get the most health benefits from drinking caffeinated beverages and that slow metabolizers should drink coffee with caution and not consume more than two cups daily.

If you exercise, especially for long periods of time, it’s important to stay hydrated. A common myth is that caffeinated coffee is not a good beverage for hydration because the caffeine has a diuretic effect and causes you to lose water. However, the fluid benefits of coffee override the diuretic effects, giving a net fluid balance. In fact, a study found that drinking four cups of coffee was no more dehydrating than drinking an equivalent amount of water. Coffee and other caffeinated drinks are suitable hydration beverages. So, a 150-pound person would need a little over 300 milligrams of caffeine.

If you have no problems consuming caffeine, drinking a few cups of coffee could help your performance during endurance workouts and make your workout seem less fatiguing. Of course, there are potential downsides, especially if you’re a slow metabolizer of caffeine. Caffeinated beverages aren’t for everyone but drinking them does appear to offer performance-related benefits.