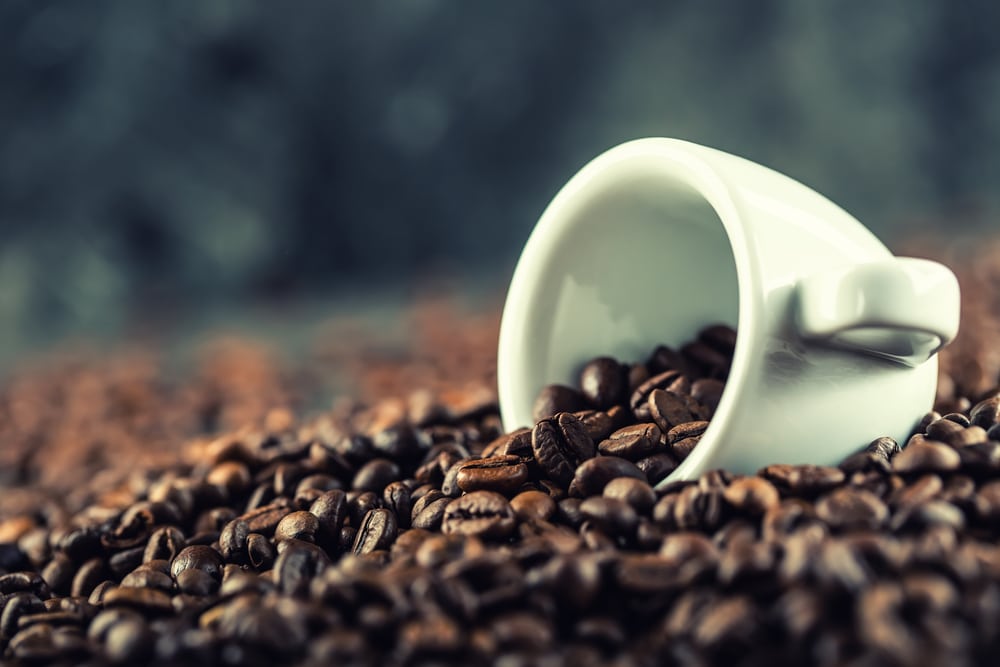 Who doesn’t enjoy a steaming cup of coffee or a glass of hot or cold tea? Plus, a glass of iced tea is a real thirst quencher after a workout. However, sipping a caffeinated beverage after a tough, sweat session may offer some surprising benefits. In fact, research shows that caffeine may speed up recovery from exercise.

One of the main purposes of post-exercise nutrition is to replenish the glycogen stores inside muscle cells. Glycogen is a storage form of glucose that your muscles tap into for energy. You also store backup glycogen in your liver. Liver glycogen can be broken down into glucose and released into the circulation when the fuel supply is low due to long periods of exercise or starvation.

After a workout, your muscles resynthesize glycogen. To do this, they need glucose. That’s why consuming carbohydrates helps with muscle recovery. So, when you’re eating that carby meal after an exercise session, wash it down with a cup of coffee, tea or other caffeinated beverage. Here’s why.

After an intense workout, it takes about 24 hours for your muscles to completely replenish glycogen stores, and according to a study published by the American Physiological Society, caffeine may give you an additional edge in helping your muscles rebuild glycogen. In this study, participants trained, endurance athletes took part in four exercise sessions.

First, they asked the participants to bike to exhaustion to deplete their muscle glycogen stores. After the draining pedaling session, they ate a low-carbohydrate dinner. The next day, they again cycled to exhaustion. After this workout though, they drank either a carbohydrate-rich drink or a carbohydrate drink combined with caffeine. On a separate occasion a week later, they drank the opposite drink. After each session, the researchers biopsied the muscles of the cyclists and took blood tests to measure their glycogen stores.

What does this mean? Caffeine may help muscle cells absorb more glucose after a workout. By taking up glucose and converting it into glycogen, muscle cells recover more rapidly from a workout. That comes in handy if you exercise twice a day. The drawback, from a practical viewpoint, is that the participants consumed a lot of caffeine, about 8 milligrams per kilogram of body weight. For an average weight person, this would be equivalent to drinking about 5 cups of coffee. If you’re not accustomed to caffeine, this could cause problems, like insomnia or the jitters. Some people also have digestive upset and/or acid reflux after consuming large quantities of caffeinated beverages. So, this isn’t the ideal approach for everyone.

Other Benefits of Caffeine Related to Exercise

Beyond recovery, caffeine may have benefits on exercise performance and you don’t have to consume as much. Research shows that consuming as little as 3 milligrams of caffeine per kilogram of body weight can boost exercise endurance. Drinking 2 cups of coffee is enough to upgrade your endurance level. The potential benefits are less compelling for high-intensity exercise, although a study published in the Journal of Applied Physiology showed consuming high concentrations of caffeine 9 milligrams of caffeine per pound of bodyweight boosted running endurance when participants ran at 85% of their aerobic capacity.

Another study looking at high-intensity exercise and caffeine, this time bike sprints, performance didn’t differ whether the participants consumed water or a caffeinated beverage. However, in a study of competitive athletes, participants that consumed caffeine performed better on bike sprints. So, caffeine may offer performance benefits for high-intensity exercise, although results are mixed. One way caffeine could improve performance is by boosting attention and motivation. It also reduces the perceived rate of exertion, making a workout feel less challenging. If you can channel that into better performance, caffeine may boost your exercise performance too.

At one time, experts believed that coffee might be linked with health problems, like pancreatic cancer and a greater risk of heart disease. These associations have since been disproven, although there is some evidence that people who metabolize caffeine slowly may be at higher risk of a heart event if they drink excessive amounts of coffee – but that’s not the case for the average person. Encouragingly, a recent study published in the journal Circulation found a link between drinking coffee (both caffeinated and decaf) and a reduction in overall mortality.

Of course, we all handle caffeine a little differently, based on genetics and our overall coffee drinking habits. You build up a tolerance over time to the activating effects of caffeine. When tolerance develops, you won’t experience the same boost in motivation and alertness that you did in the beginning. In fact, a study showed tolerance starts to develop after only a few days of drinking caffeinated beverages regularly. Plus, if you don’t regularly drink caffeinated beverages, you may experience an increase in blood pressure and heart rate in the first day or two. For that reason, it’s best to start with one cup of coffee and gradually increase it based on how you tolerate it. According to Tufts University, drinking up to 5 cups of coffee daily may be safe and have protective health benefits.

Now you have another reason to enjoy a cup of coffee and you might want to sip a warm cup as you eat your post-workout snack. Be careful what you put in your coffee, lots of sugar or sugary syrups Starbuck-style may replace the calories you burned off during your workout and more. If you need sweetener, consider a natural, zero-calorie one like monk fruit or Stevia. To avoid tolerance, avoid drinking coffee every day. Give yourself a day or two of rest to help break the tolerance cycle.