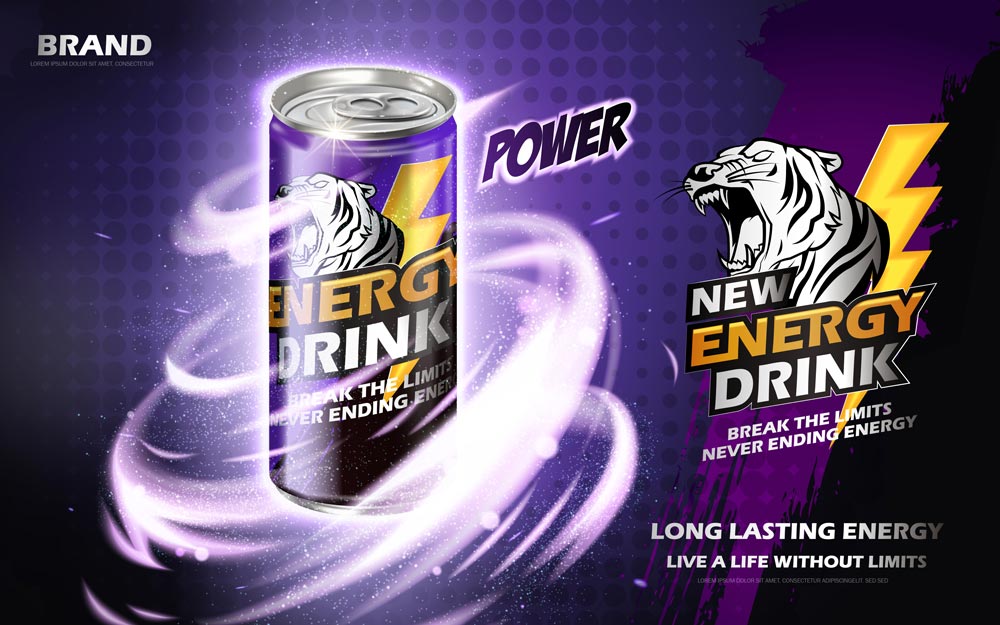 Do you sip a cup of coffee or two before a workout? What about an energy drink? Studies show that caffeine improves exercise performance for moderate-intensity, endurance exercise. Whether caffeine is effective for short periods of anaerobic exercise is less clear. During sub-maximal, endurance exercise, drinking as little as 2 cups of coffee improves performance., meaning you can go further without fatiguing after consuming caffeine than you can after drinking a non-caffeinated beverage.

Based on these findings, you might assume that energy drinks are a good choice. They contain caffeine and they have the word “energy” in their name. So, is sipping a can or two of an energy drink a good alternative to coffee?  Let’s compare the two and see whether energy drinks are a suitable replacement for coffee.

What’s in an Energy Drink?

Energy drinks also contain other stimulants that coffee doesn’t have. One, in particular, called guarana increases energy and alertness. So, despite containing less caffeine per ounce on average, energy drinks may be more activating than coffee and other caffeinated beverages due to the other ingredients manufacturers add to these beverages. However, many energy drinks also contain taurine, an amino acid, found naturally in meat, fish, and dairy products. Many people mistakenly believe that taurine is a stimulant. In fact, it’s the opposite. Taurine mildly depresses central nervous system function. So, taurine may cancel out some of the energizing effects of the caffeine and guarana in energy drinks.

If energy drinks contain caffeine and we know caffeine boosts exercise performance, why not just sip an energy drink if you don’t like the taste of coffee? Unfortunately, they can have a negative impact on heart and blood vessel function. In fact, a 2016 study linked energy drinks with a short-term increase in the load placed on the heart. This load forces the heart to work harder. The researchers believe the combination of caffeine and sugar may be responsible for some of this effect but also point out that the taurine in energy drinks may be a factor as well. Another study found that they reduce blood flow to the brain and can cause a transient rise in blood pressure.

In addition, there are case reports of people experiencing heart irregularities, including cardiac arrest, after drinking large quantities of energy drinks. One theory is that energy drinks cause a coronary artery, a vessel that delivers blood to the heart, to temporarily narrow or spasm, thereby reducing oxygen delivery to the heart. Plus, research shows energy drinks increase the force with which the heart beats, thereby increasing the heart’s oxygen requirements.

But, are we likely to experience ill effects when we drink energy drinks and exercise? In a small, randomized, controlled study, one of the most reliable types of studies, a popular energy drink was linked with increases in blood pressure and stress hormones called catecholamines in young, healthy adults. Combined with the stress of exercise, this could be enough to cause adverse effects on heart function in some individuals, especially individuals who have undiagnosed heart disease.

To add to the concern, up to 25% of the population has a variant of the enzyme that breaks down caffeine. In these individuals, caffeine stays in the body longer. Studies show that slow caffeine metabolizers are more prone toward heart problems related to caffeine intake than fast metabolizers. In fact, a study in Journal of the American Medical Association found that subjects who metabolized caffeine slowly were at 36% higher risk of a heart attack or other serious cardiac event when they drank more than two cups of coffee daily. If they drank more than four cups daily, their risk rose to 64%.

Energy drinks have unpredictable amounts of caffeine. Plus, they contain other stimulating ingredients, like guarana, that can have an additive effect with the caffeine. Combine this with intense exercise, a rise in body temperature, and dehydration, it could have unpredictable effects on heart function.  In fact, a number of deaths related to energy drinks, some occurring during exercise, are under investigation.

If you’re trying to boost your performance during endurance exercise, it’s best to stick to coffee. Energy drinks contain additional stimulants that have an unpredictable effect on sports performance and may force your heart to work harder. If you know you’re a slow caffeine metabolizer, it’s safest to limit your caffeine to one cup of coffee daily, or two at most, due to the potential for it to stay in your system longer. Energy drinks have the added drawback of being high in sugar. Plus, the carbonation can cause digestive upset.

4 thoughts on “Why Energy Drinks and Exercise Don’t Mix”