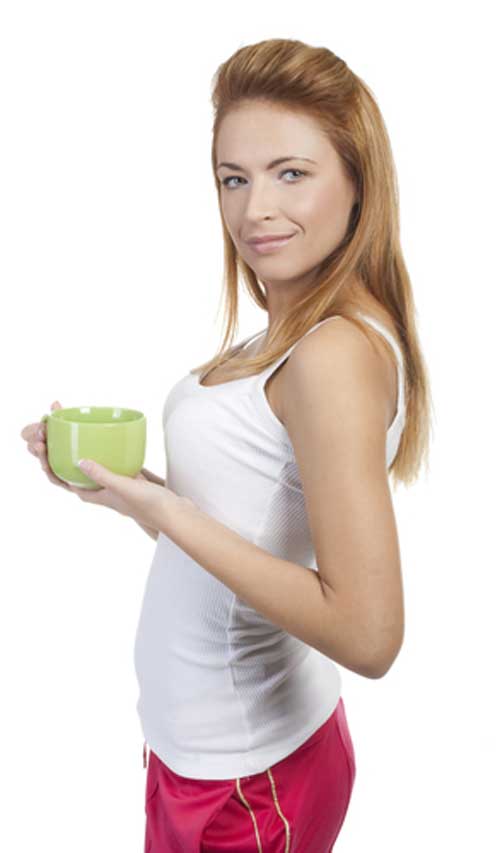 One thing you never want to do is begin a workout when you’re not sufficiently hydrated. Even mild dehydration can decrease your exercise performance. Plus, if you’re not well hydrated, you can experience other symptoms like an elevated heart rate, headache, dizziness, and dry mouth. Who needs that when you’re trying to finish a workout?

What’s your go-to drink that you sip or guzzle prior to lacing up your exercise shoes? For some people, the answer is drinking coffee, especially for those “first thing in the morning” exercise sessions.  Although coffee shouldn’t be the only beverage you use to hydrate yourself, there are some advantages to sipping a cup or two prior to a workout. It could make your workout more enjoyable.

Increased Motivation to Work Out?

A recent study published in the Journal of Applied Physiology looked at the effects caffeine had on energy expenditure and exercise motivation. Researchers asked 14 recreationally active men and women to do an hour workout on a stationary exercise bike at an intensity of 65% of V02 max. Prior to getting on the bike, the participants consumed 2 cups of coffee or a placebo drink. At the end of their workout, researchers monitored their macronutrient intake. They also questioned them about how they felt during their exercise session.

Interestingly, the participants who drank the coffee found the workout to be easier and more enjoyable. That’s almost always a good thing, especially on days when you could use a little extra motivation. Several previous studies show that caffeine reduces “perceived exertion,” the perception of how hard you’re working. In addition, the participants who drank coffee prior to working out ate 72 fewer calories after drinking a placebo drink. So, sipping caffeinated coffee may help you eat less after you finish.

Is Caffeine a Performance Booster?

If exercise FEELS easier after drinking a few cups of coffee, you might be able to push yourself a little harder, right? Plus, we already know caffeine makes you more alert. So, does caffeinated coffee have performance benefits? Research shows caffeine boosts endurance exercise performance and high-intensity exercise where you’re exercising at an “all-out” pace. Where it doesn’t seem to have benefits is for sprints and power events lasting less than 2 or 3 minutes.

One way caffeine works to increase endurance is by boosting the release of adrenaline, a hormone that mobilizes fat stores and releases them into the bloodstream, giving muscles a ready source of fatty acids to use for fuel. As a result, muscle cells use fat as fuel, thereby sparing glycogen.

There is one caveat. Some, but not all, research suggests that the performance-enhancing effects of caffeine are attenuated when you use caffeine regularly. So, if you’re drinking coffee to improve your performance, you may want to consume it on an irregular basis rather than every day.

Are There Drawbacks to Drinking Coffee Before a Workout?

One source of concern is that the caffeine in coffee, having diuretic effects, might cause a net fluid loss. You don’t want that when you’re trying to stay hydrated. Fortunately, this has been mostly dispelled. Research shows sipping caffeinated beverages doesn’t affect hydration, fluid loss, sweat loss or blood volume during exercise any more than sipping a non-caffeinated drink. That doesn’t mean drinking coffee before or during a workout doesn’t have some disadvantages. Coffee is known for being a bladder irritant, so unless you have quick access to a restroom, it’s probably best not to load up on coffee before a workout.

Coffee, due to its acidity, is also irritating to the digestive tract. A number of people experience indigestion and/or acid reflux when they drink coffee. That’s because coffee contains chemicals that stimulate the release of stomach acid. You can buy coffee that has had these “irritants” removed, but the removal process also destroys some of the healthy chemicals in coffee. If coffee upsets your stomach, try a dark roast. French roast and other dark roast coffees contain a chemical that lessens the production of stomach acid.

How Much Coffee Do You Need to Drink to Get Benefits?

The “magic number” for getting the workout benefits of coffee appears to be two. Drinking two cups of coffee 30 minutes to an hour before a workout may improve endurance and makes working out seem easier and more pleasurable. Other sources suggest that consuming 1 to 3 milligrams of caffeine per kilogram of body weight is sufficient to get the benefits. For most people, that’s about one cup of coffee.

How much caffeine are you getting when you sip a cup of coffee? A 16-ounce cup of brewed coffee has 200 milligrams of caffeine. Two cups, or 400 milligrams, is a substantial dose if you aren’t accustomed to drinking coffee. Start with one cup first and see how it affects you. Needless to say, it’s not a good idea to throw a bunch of sugar into coffee. Try a natural, calorie-free sweetener like Stevia.

If a trip to Starbucks excites you, pay a visit before your next workout and see how it impacts your workout. You might be pleasantly surprised.