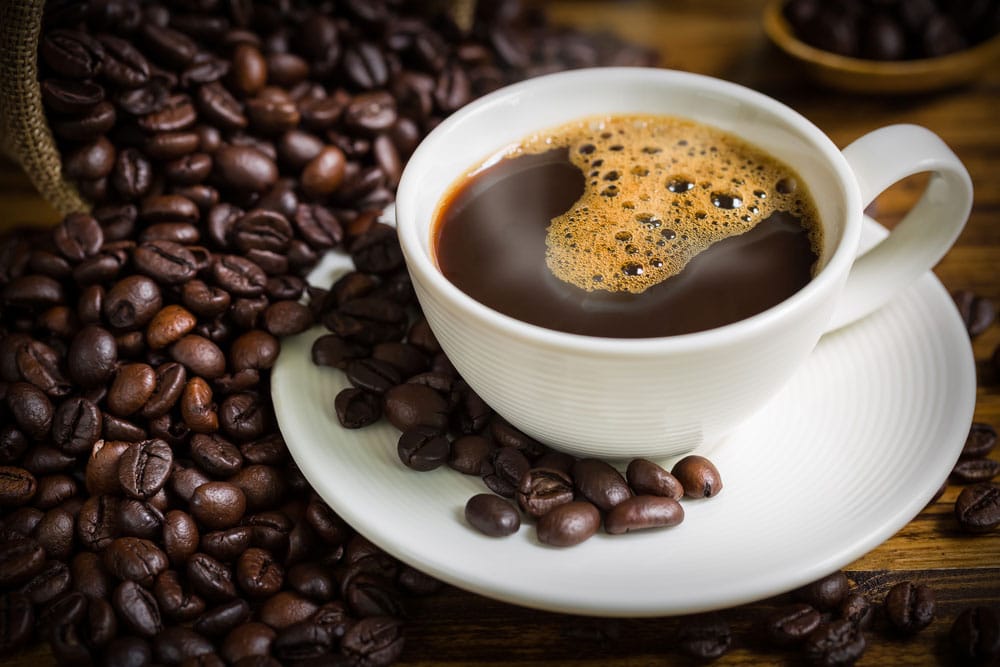 Is coffee your go-to morning pick-me-up? You’re in good company! There’s a reason there are more than 30,000 Starbucks coffee stores worldwide. Some people sip coffee for its taste while others enjoy the alertness, they get from the caffeine in their morning cup of Joe. But others drink their hot or cold brew for the potential health benefits of coffee.

What are the health benefits of sipping a cup of coffee? Preliminary studies show that sipping America’s favorite beverage in moderate quantities may lower the risk of a variety of health problems. In fact, research carried out by the National Institutes of Health looked at more than 400,000 middle-aged and older men and women. This study found that those who drank at least 3 cups daily had a lower risk of dying from diabetes, cardiovascular disease, lung disease, stroke, or infection. However, male coffee drinkers had a marginally higher risk of certain forms of cancer. No such association with cancer was seen in women. Other studies link coffee consumption with a reduced risk of depression, Parkinson’s disease, and liver failure.

On the downside, drinking coffee too close to bedtime can lead to insomnia. Some people also experience a short-term rise in blood pressure when they consume caffeinated beverages. Not to mention, too much caffeine can lead to the jitters! But people adapt over time to the activating effects of caffeine so that anxiety is less likely to be a problem for the habitual coffee drinker.

If you get the jitters from caffeine or you’re high strung already, sipping decaffeinated coffee may better suit your temperament. However, decaffeinating coffee can remove up to 15% of its antioxidants as a result of the decaffeination process itself. Since the antioxidants in coffee are responsible for some of coffee’s health benefits, you’ll get more punch from drinking decaf. However, you will probably still get benefits if you drink decaffeinated coffee since many of the health benefits come from components in coffee other than the caffeine. In fact, coffee contains more than 1,000 compounds with potential health benefits. A study published in Annals of Internal Medicine found a link between drinking decaf coffee and reduced all-cause mortality. Unfortunately, many of the studies looking at coffee’s health benefits don’t focus on decaf. But it’s reasonable to assume you’ll get health since decaf still contains antioxidants.

There are two main types of coffee beans–Arabica and Robusta. Arabica tastes better and costs more, but it’s lower in antioxidants relative to the less expensive Robusta bean. Coffee made from Robusta beans is also higher in caffeine relative to Arabica. So, the less expensive coffee actually offers more antioxidant punch. However, antioxidant content shouldn’t be the only consideration. You probably care about how your coffee tastes too!

If you grind your own coffee beans, grind them into a fine texture. A finer grind releases more antioxidants from the beans so you can enjoy the potential health benefits. When you grind your own, you control how fine or coarse the grind is.

Choose a Light or Medium Roast

The higher temperatures required to dark roast coffee beans destroy more chlorogenic acid, the most abundant and best studied antioxidant in coffee. In fact, a Korean study found that lighter roasts have higher levels of chlorogenic acid. They also protected human cells against oxidative damage better in a lab setting. However, some research shows that higher temperatures increase levels of other antioxidants. So, a medium roast could be a happy medium!

Drink It Black or Use Plant-Based Milk

Although studies are inconsistent, some suggest that the casein protein in dairy milk can bind to and inactivate some antioxidants in coffee. Since it’s not clear whether dairy reduces the health benefits, using plant-based milk, like coconut milk or almond milk, might be a better choice. Of course, you can always enjoy it black! But don’t compensate for the lack of milk by adding more sugar. That defeats the purpose! Also, avoid those souped-up coffee drinks they sell at Starbucks! The amount of sugar is sobering!

Cold brew is popular right now, and it has a smoother taste. But studies show that hot brew trumps cold brew in terms of antioxidant content. Although many sites claim it’s easier on the digestive tract due to lower acidity, a recent study called this into question. It found that hot brew and cold brew have a similar pH.

Whether you like it caffeinated or decaf, coffee consumption has potential health benefits. But as with most foods and beverages, we all react differently based on genetic differences in how we break down the components in coffee. For example, around 25% of the population breaks down caffeine slowly. In slow metabolizers, caffeine stays in the system longer. This increases the risk of side effects like irregular heart rhythms and blood pressure elevation. That’s why you should avoid drinking more than 2 cups of caffeinated coffee daily if you break down caffeine slowly. A simple blood test can tell you if you’re a slow metabolizer.

Is All Coffee Equally Healthy?