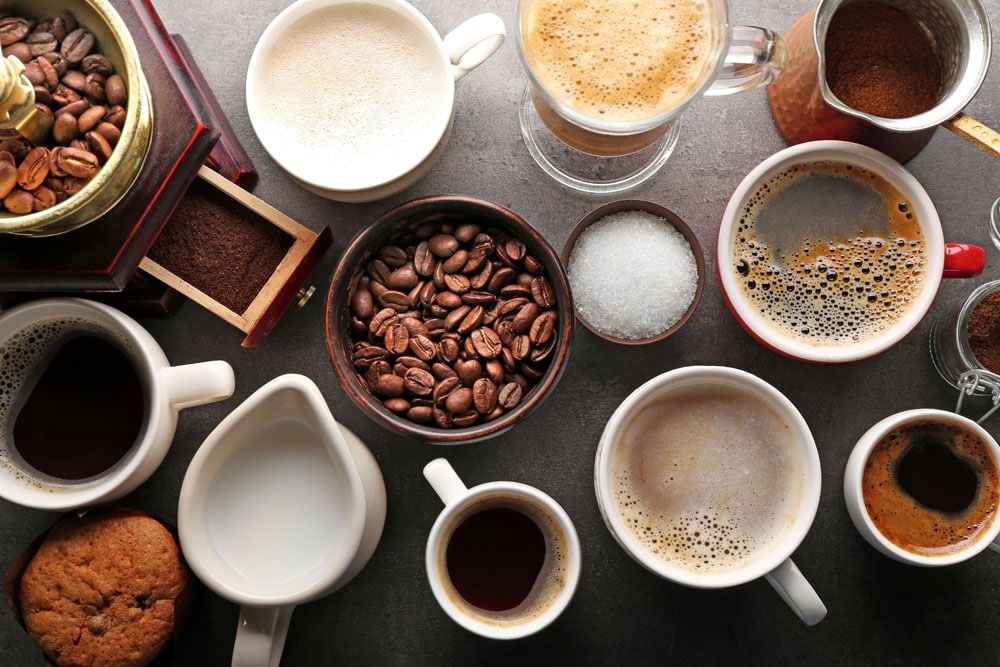 Did you know that at one-time coffee was thought to be unhealthy? Decades ago, health care professionals might have warned patients that coffee increases the risk of cardiovascular disease and pancreatic cancer and to watch how much you drink. However, it later came to light that researchers didn’t adequately control for other factors linked with poor health that coffee drinkers have in common.

Coffee is the number one source of antioxidants in the American diet. Studies even suggest that coffee may be beneficial for the heart and blood vessels. Although sipping a cup of coffee causes a transient rise in blood pressure due to the caffeine, but it also seems to improve endothelial function, the way that blood vessels behave. Good endothelial function is linked with a lower risk of cardiovascular disease and stroke. To support this, a large study found that people who drank an average of three cups daily had a reduced risk of stroke.

Is all coffee created equal or is one type of coffee better than another in terms of health benefits? We know that high-calorie, sugar-laden coffee drinks from Starbucks aren’t the best way to get the health benefits of coffee, but does it matter whether you drink coffee hot or cold, how it’s filtered,  or how heavily it’s roasted?

One type of coffee that’s growing in popularity, particularly during the summer months, is cold brew. Cold brew is made without heating up the coffee grounds. Instead, you pour water over the grounds and allow the water to slowly extract the flavor of the grounds over 18 to 20 hours. If you’re in a rush, you can even make it at home by grinding the coffee, placing it in a container. and adding water to it. Cover the container and let it sit on the counter or in the refrigerator overnight at least overnight but up to 20 hours is best. Afterward, strain the grounds and dilute the coffee with an equal amount of water.

Why drink it? Cold brew is less acidic, making it easier on the tummy, especially for people who have acid reflux. However, it has one drawback. Studies show that cold brew coffee has less antioxidant power relative to hot brew. A study published in Scientific Reports finds “the chemical composition of hot brew coffee may be more diverse and complex than that of cold brew coffee.” So, it’s unclear whether drinking cold brew has the same benefits as sipping a hot cup of java brewed in a more traditional manner. Still, if you suffer from acid reflux and still drink coffee, cold brew may be a better choice since it’s less acidic.

Do you prefer light roast, medium, or dark roast coffee? How coffee is roasted may impact not just its taste but its health benefits as well. Some potential health advantages that coffee offers likely stems from its antioxidant content, particularly an antioxidant called chlorogenic acid. Take away the antioxidant in coffee and the health benefits may fade along with them.

A study published in the Journal of Medicinal Food found that light roast coffee has higher levels of chlorogenic acid relative to dark roast. But, don’t switch to light roast just yet! Other studies show dark roasting coffee beans may actually enhance the activity of some antioxidants and have an overall more positive impact on antioxidant status. In terms of antioxidant status, choose the one you enjoy the most. It’s not clear whether one roast has a significant advantage over the other. You could always stick to medium roast too!

Whether coffee is filtered or unfiltered can also impact its health effects. Most people drink coffee that runs through a filter. But, espresso, Turkish coffee, or coffee made in a French press is unfiltered. Studies show a link between drinking lots of unfiltered coffee and higher levels of blood homocysteine, a marker of inflammation and heart disease risk. Unfiltered coffee contains diterpenes, chemicals that raise cholesterol. When you filter coffee, it removes the offending diterpenes. You probably won’t experience negative effects by drinking a cup or two of unfiltered coffee daily, but it may not be wise to drink 5 or 6 cups per day of unfiltered coffee if you are at high risk for cardiovascular disease.

For most of the population, the benefits of drinking coffee likely outweigh any risks associated with the caffeine, as long as you consume it in moderation. However, some people have a genetic variation in an enzyme that metabolizes caffeine. This defect causes them to break down caffeine slowly and forces it to stay in their system longer. If you fall into this category, you’re more susceptible to the negative effects of caffeine as it doesn’t leave your body as quickly. In fact, studies show slow metabolizers that drink more than 2 cups of coffee daily are at higher risk of a heart attack. How do you know if you’re a slow metabolizer? A simple genetic test can tell you.

Coffee is, for the most part, a healthy beverage. Hot brew tops cold brew in terms of antioxidant power and it’s best not to overdo the unfiltered coffee, especially if you’re at high risk of cardiovascular disease. In terms of dark roast versus light roast, if the caffeine doesn’t bother you, choose the one you enjoy most–or try medium roast.

·        Journal of Medicinal Food. “Does Roasting Level Affect the Antioxidant and Anti-inflammatory Properties of Coffee Beans?”

·        Time Magazine. “The Case For Drinking Coffee Is Stronger Than Ever”