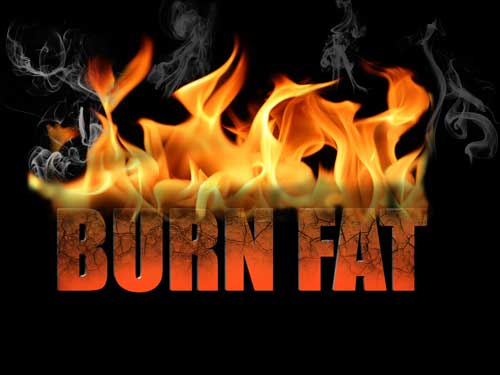 How many times have you wished you could give your metabolism a jumpstart – safely? There’s no shortage of diet pills that claim to boost your metabolism and help you shed pounds without exercise. Unfortunately, some of these pills contain high levels of caffeine and other ingredients that raise your blood pressure and place added stress on your heart. Plus, pills aren’t an effective or safe strategy for weight control.

Are there alternative metabolism boosters? It might surprise you to learn your body has natural ways to speed up fat-burning if only you can turn them on. You may have heard of brown fat, a type of fat that’s metabolically inefficient. Brown fat is brown because it contains more energy-producing organelles called mitochondria. That’s why it’s darker in color. Unlike white fat, the storage kind that contributes nothing to your metabolism, brown fat, when activated, converts calories to wasted energy, which it releases as heat.

How does activated brown fat work its magic? The mitochondria in brown fat contain a protein that uncouples the breakdown of fat to ATP. Rather than converting fat to usable energy in the form of ATP, it releases it as heat, a process called non-shivering thermogenesis. That’s wasted calories – not a very efficient way for your body to operate but helpful if you’re trying to lose weight.

So, why have brown fat anyway? It serves a useful purpose when you first enter the world.  Brown fat helps newborn babies generate enough heat to stay warm. That’s important since babies can’t shiver right after birth. After babyhood, brown fat becomes less active, although most of us still have small amounts of it, 2 to 3 ounces, around the collarbone region we have to be able to turn it on. As you might expect, lean people tend to have more brown fat than those who are obese. If you ever wondered why some people can eat whatever they want and not gain weight, having more brown fat and the ability to turn it on, may be the reason.

More recently, researchers have focused on beige fat. Unlike brown fat that’s been there since birth and remains in small quantities, you have white fat cells that can potentially turn “beige,” giving them the properties of brown fat. The only drawback is you have to “turn on” white cells fat before they become beige. The pay-off is once you do, beige fat cells are metabolically inefficient like brown fat cells are. They turn up the furnace, churn out heat and increase non-shivering thermogenesis. Can you feel your metabolism revving up?

Here’s the good news. A recent study revealed ways to turn white fat to beige and give it the properties of brown fat. Researchers from the Institute for Innovation at the Ajinomoto Company in Kawasaki, Japan, discovered that if you expose your body to cooler temperatures combined with capsaicinoids, the ingredients in hot peppers, it activates the conversion of white fat cells to beige ones. Capsinoids are the compounds that give red peppers their bite.

Therefore, sitting in a room with a temperature of 62 degrees F. or below and eating lots of hot peppers may help you burn more fat.  However, it’s a bit too early to say what quantity of capsaicinoids you need and how long you have to sit in a cool room to increase your metabolic rate.  It’s also not clear how long the boost in metabolism lasts.

Can activating brown fat or converting white fat to beige lead to meaningful weight loss? In one study, researchers wore a suit that circulated cold water (around 64 degrees F) over their bodies for three hours.  This lowered their body temperature to a degree that was tolerable and they didn’t actively shiver.

While wearing the suits, the participants burned an extra 250 calories.  Over time, that could translate into significant weight loss. However, you also have to consider the effect cold exposure could have on their appetite. Will you eat more if you drop your body temperature and make up for the deficit?

We know exercise is a calorie burner but does it have additional fat-burning benefits? Research shows when muscles contract, for example when you shiver, muscle cells release a hormone called irisin. This unique hormone has the ability to activate brown and beige fat. In the presence of irisin, ordinary white fat cells “light up” as it begins to produce heat. Exercise, since it involves muscle contractions, does the same thing – it boosts the release of irisin. So, if you don’t like the idea of turning back the thermostat and munching on hot peppers, exercise is another way to possibly fire up your brown fat or turn white fat to beige fat.

While giving your metabolism a boost sounds like reason enough to activate brown fat development but doing so has another benefit as well. Research in animals shows turning on brown (or beige) fat improves metabolic health and may be effective for treating type 2 diabetes as well as obesity.

Brown fat or beige fat – turning them on is a way to give your metabolism a boost. Best of all, exercise is one way to “brownify” your white fat. If it’s not too uncomfortable for you, turning back the thermostat to just above 60 degrees may help too. And don’t forget about hot peppers – if you like them add them to your next salad.

Science News. “Embrace the cold: Evidence that shivering and exercise may convert white fat to brown”

Types of Body Fat: White Fat, Brown Fat and Beige Fat and What They Mean for Your Waistline

5 Secrets for Boosting Metabolism After 40

Naturally Thin? Why Some People Don’t Seem to Put on Weight