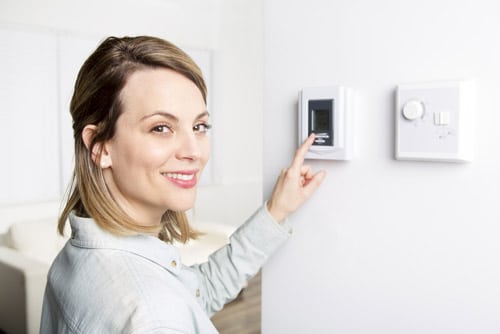 White fat – that’s the stuff that accumulates around your waist and hips and that we want less of. Brown fat, now that’s another story. Unlike the jiggly, white stuff that creates muffin tops, this type of fat, once turned on, is metabolically active tissue that burns energy inefficiently, releasing the macronutrients you consume as heat. Being a calorie burner, when it is active, it helps burn excess white fat. Babies have lots of brown fat since they use it to stay warm. Adults have less of it and brown fat becomes less active with age. Still, each of us has variable amounts around the upper back, neck, and shoulders. Under the right circumstances, you can turn this “skinnifying” fat on. Here are five ways that are backed by science.

Cruciferous vegetables are rich in chemicals called sulforaphanes. In a recent study, researchers discovered that these chemicals, in a laboratory setting, activates enzymes that convert white fat into brown fat. It’s easy to see why this is a winner for your waistline. If this happens in humans, it’s equivalent to supercharging fat cells so that they burn more energy. In a mouse study, sulforaphanes protected the mice against obesity even when they ate a high-fat diet. It also altered their gut bacteria in a way that may reduce the risk of metabolic syndrome.

One of the most concentrated sources of sulforaphanes is broccoli sprouts, several-day-old sprouts from the broccoli plant. You can sprinkle sulforaphane-rich sprouts on salads, layer them into sandwiches, or add them to soups and stews. With cruciferous vegetables having so many health benefits, you can’t go wrong by adding more sulforaphane-rich foods to your diet.

Turn Back the Temperature

Research shows that cooler temperatures may activate genes that turn white fat into brown fat. Remember, the purpose of this type of fat is to keep a baby’s body warm. It appears that adults can reactivate or produce more of it in when exposed to cold temperatures. That doesn’t mean you have to go outside in the snow with no coat to get the benefits. Dropping the temperature of your work area to 63 degrees F. is low enough to turn on brown fat gene expression. Studies show that people who are obese have lower levels of brown fat than their leaner counterparts. Plus, a study carried out in Finland found that workers exposed to the cold have more brown fat than leaner people.

Another reason to exercise? Yes! When you work out at a moderate intensity or greater, your body releases a chemical called irisin. This hormone, named after the Greek messenger, transforms less desirable white fat cells to calorie-burning brown fat ones. What’s less clear is how much and how hard you have to exercise to turn up the activity of brown fat. The sympathetic, or flight-or-fight portion of your nervous system, is what kicks production into high gear. Therefore, it makes sense that more intense exercise stimulates the sympathetic nervous system more, it would lead to greater brown fat activation. Until we know more, make sure you’re including longer duration aerobic exercise and high-intensity interval training in your routine.

Sleep, too, turns on brown fat. When you hit the sack early (before 10:00 P.M.) and sleep in a completely dark room, it maximizes the release of melatonin, an antioxidant hormone involved in the sleep-wake cycle. Melatonin production rises in darkness and drops when you expose your eyes to light. In addition to the role melatonin plays in initiating and maintaining sleep, research shows it boosts the recruitment of brown fat cells and increases their metabolic activity. One study found that lambs born to moms exposed to constant light, had lower melatonin and less brown fat, suggesting a link between melatonin and brown fat production.

Now, you have another reason to exercise AND to get to sleep early. Doing each maximizes the activity of your own brown fat. Keep in mind, that insufficient sleep is linked with weight gain through other mechanisms as well, including the disruption of appetite hormones and by impacting other hormones, like cortisol and insulin. You need your ZZZs!

Eat Your Fruit (with the Skin) & Add Some Peppers

The skins of fruit, especially apples are rich in ursolic acid, a potential activator of brown fat. In a study published in PLOS One involving mice, researchers found that ursolic acid boosted brown fat activity. It also had anabolic effects in these mice. Mice that consumed ursolic acid gained muscle strength and mass even and put on significantly less weight than control mice even when they ate a high-fat diet. In the mice, ursolic acid also had favorable effects on blood sugar control.

Along with apples, you find ursolic acid in other fruits, including cranberries, prunes, and bilberries, as well as herbs, such as lavender, oregano, thyme, peppermint, basil, and rosemary. Research also shows that capsaicin, the chemical that gives hot, chili peppers their kick, ramps up brown fat activity. In addition, capsaicin curbs appetite, making hot, spicy foods an asset if you’re trying to lose body fat.

Controlling your weight is one reason having more brown fat comes in handy, but more of this type of fat cells also bode well for metabolic health. Having more metabolically active fat helps with insulin sensitivity and blood sugar control. That’s critical since there’s currently an epidemic of type 2 diabetes and diabesity.

Keep in mind that turning on brown fat probably won’t have a major impact on your weight, although it could help you burn a few hundred extra calories daily. The basis of weight control is still good nutrition, mindful eating, and exercise, both aerobic and strength training.

Brown Fat: The Kind of Fat That Keeps You Thin