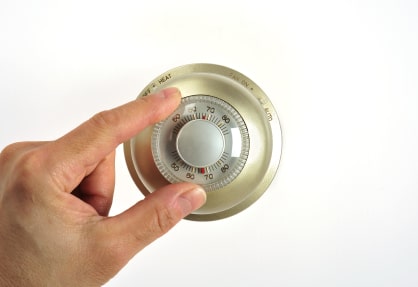 Fat tissue was once thought to be inactive, acting mainly as a storage form of energy and as insulation from the cold. But we now know that fat, especially visceral fat that surrounds organs in the abdominal cavity, produces metabolically-active molecules that increase inflammation. This isn’t a good thing since inflammation increases the risk of diseases such as heart disease and type 2 diabetes, to name a few. On the other hand, there’s another type of metabolically-active fat that could have positive benefits. It’s called brown fat, and it may help some people stay slender.

Brown fat is brown because it has such a rich blood supply. It needs this extra blood and oxygen because it’s more metabolically active than the jiggly, white fat that hangs off of butts and thighs. Babies have larger quantities of brown fat, but by the time they reach late childhood, white fat is the predominant form of fat they carry around.

What purpose does brown fat serve? The role of this metabolically-active fat is to produce heat to help maintain body temperature, especially in babies. Since it uses fat stores to produce this heat, some experts believe re-activating brown fat in adults could be a way to treat obesity.

You’ve probably seen people who could eat anything they wanted and not gain a pound. It may be that these naturally thin people retain more of their brown fat, and it stays active throughout their life. Now scientists are wondering if there are ways to re-activate this fat in overweight and obese people to help them shed excess pounds.

There are factors that influence brown fat activity. According to an article published on Medscape, the female sex hormone estrogen enhances the brown fat activity, while testosterone decreases it. Some experts speculate that lowering the temperature where people live and work could re-activate any remaining brown fat and boost fat-burning. According to research published in Obesity Reviews, the fact that the obesity rate is rising may be related to the fact that people work in warmer environments than they did years ago. When temperatures drop below 80 degrees Fahrenheit, the body’s internal heat production increases. This burns extra calories. It’s a small additional calorie expenditure that adds up over time.

The bottom line? There’s still no reliable way to re-activate brown fat so it can work its fat-burning magic, but scientists are hoping to see that change. Still, it probably won’t hurt to turn your thermostat back a little.

2 thoughts on “Brown Fat: The Kind of Fat That Keeps You Thin”