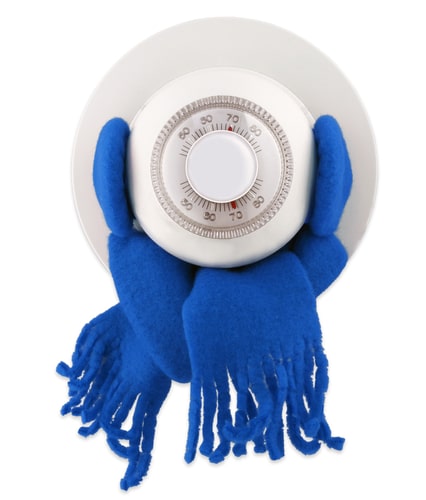 Exercise helps you burn body fat because it keeps you moving and using energy. But what if you could burn more fat even while you’re sitting still? That would be a sweet deal, wouldn’t it? According to research to be published in Trends in Endocrinology and Metabolism, it’s not a pipe dream. Research has shown a link between ambient temperatures, the temperature you live and work in, and body fat loss. The results of this research might be enough to make you turn back the thermostat!

Can the Temperature You Live and Work In Impact Your Weight?

In this study, participants, male and female, spent six hours a day for ten days in a “cool” environment. During the study, the temperature was kept at around 60 degrees Fahrenheit, a temp that’s mildly cold to most people but manageable. During the time they were exposed to this temperature, researchers found the participants experienced an increase in energy expenditure. This finding is consistent with other small studies showing exposure to cold temperatures boosts energy use by the body. For example, researchers at Wayne State University found that men and women who were exposed to temperatures of around 60 degrees Fahrenheit for a significant time period experienced a 17% increase in energy expenditure.

It’s That Brown Fat Again – You Have to Love It

What is it about exposure to cold temperatures that speeds up energy expenditure? Researchers point out that cold temperatures activate brown fat, a metabolically active form of fat your body taps into to protect you from the cold. This less common form of fat “wastes energy” to produce heat. Each person is born with a certain amount of brown fat. The brown fat you’re born with is active during infancy and helps to keep you warm until you can regulate your temperature better. At one time, experts thought brown fat disappeared after infancy or became irreversibly inactive. Now imaging studies show most people have some remaining brown fat, usually in the neck and collarbone area, and it can be activated under certain conditions. Cold temperatures seem to be one factor that turns it on.

How much can activated brown fat increase energy expenditure? According to research at the Joslin Clinic, exposure to a 59 degree Fahrenheit room for two hours a day could burn an additional 100 to 250 calories. No cheating – you can’t bundle up in a sweater. The participants wore light clothing.

Who Has More Brown Fat?

Who’s blessed with more brown fat? Based on studies at the Joslin Clinic, women were twice as likely to have measurable brown fat as men. Not surprisingly, it’s more common in thinner individuals and in younger people than older folks. The bad news is some people may not have sufficient brown fat stores to get the fat loss benefits. One study showed people who have low levels of brown fat didn’t show an increase in energy expenditure when they were exposed to cold.

Can Brown Fat Explain the Rise in Obesity?

At one time more people worked outdoors in the cold and traveled by foot instead of by car. These days most people keep the temperature of their home and office at a comfortable 70 degrees Fahrenheit and don’t expose their bodies to cold for a significant amount of time. AND, there’s no denying that more people are overweight or obese these days. You can’t necessarily blame it on inactive brown fat when fewer people exercise and portion sizes are larger, but experts believe it could be a factor.

There’s also some evidence that exercise enhances brown fat activity. It seems to do this by increasing the production of a hormone called irisin. What makes irisin so special is it doesn’t just activate existing brown fat. It transforms white fat, the jiggly storage form of fat, to pumped-up brown fat. What could a combination of exercise and cold exposure due to energy expenditure? Exercise would increase brown fat and cold would activate it. Sounds intriguing, doesn’t it?

If you work out, you may already have discovered the secret to gaining more brown fat. Exposing yourself to cooler temperatures may be the key to turning it on. How uncomfortable is 60 degrees Fahrenheit? In studies, most people say they adjusted to it quickly. It looks like as little as two hours a day at 60 degrees Fahrenheit could offer benefits. So shed your sweater, turn back the thermostat and let your brown fat do its thing.

Joslin Diabetes Center. “Turning Up the Heat on Brown Fat”